This rattle was given to Ben Reifel on July 4, 1935, on the occasion of his initiation into the Cante Tinza (Strong Heart or Brave Heart) Warrior Society.

Members of the Strong Heart society were sworn to codes of moral character including self-control, fearlessness and a duty to care for the poor.  Their purpose was to be physically, emotionally and spiritually able to defend the tribe whenever needed. Sitting Bull (c. 1831 – 1890), a Hunkpapa Lakota, was a famous leader of the Strong Heart Warrior Society.

Ben Reifel (1906-1990) was born on the Rosebud Reservation to William Reifel, a German-American and Lucy Lilly Burning Breast, Brule Sioux. He graduated from South Dakota State College (now University) in 1932. Following his graduation, he began a tenure at the Bureau of Indian Affairs (BIA), which was interrupted from 1942-1945 to serve in the U.S. Army, and again from 1949-1952 to attend Harvard University where he obtained his M.S. and Ph.D. in Public Administration. In 1960, Reifel left the BIA to run for Congress. He was elected by a substantial margin and became the first person of Lakota descent to serve in the US Congress. He served five terms before his retirement in 1971.

Reifel was a great supporter of the arts. He established the first Native American collection at the Museum in 1977 by loaning his personal collection for display. His collection included a small but impressive array of Plains art objects, many that had been family pieces or gifts to him during his years of BIA service. This rattle and eleven other objects in the collection were permanently donated to the Museum in 2004 by Reifel’s daughter, Loyce Reifel Anderson.

Reifel served on the South Dakota Art Museum Board of Trustees from 1977 until his death in 1990. During that period, he accurately predicted that his collection would attract others to the Museum. Interest in his collection encouraged donors like the Thorburns and Dudecks to find a permanent home for their Native American collections. Reifel’s work enabled the Museum to represent, preserve and celebrate the rich artistic traditions and cultural values of Oceti Sakowin communities. 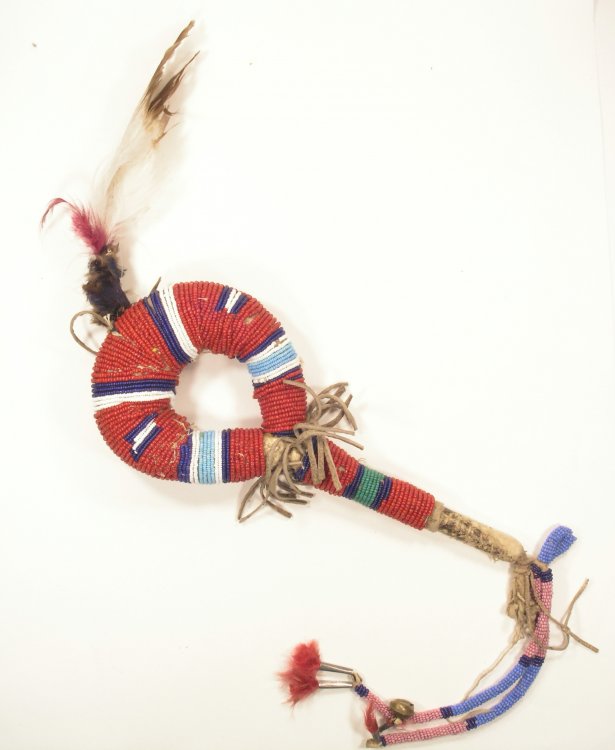 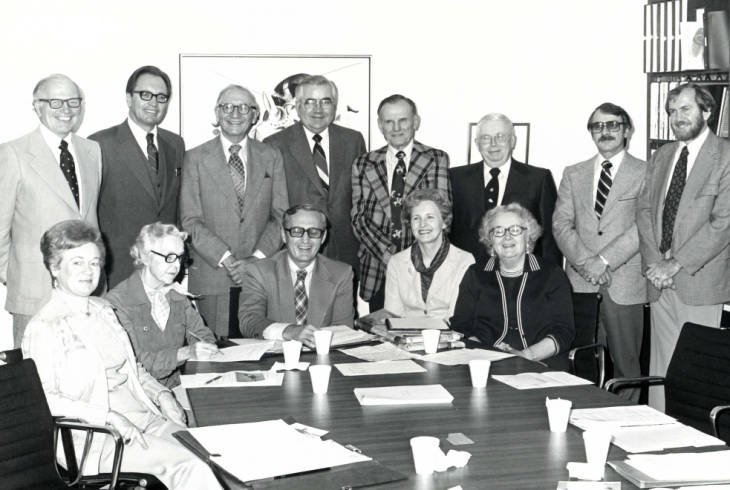