Charles Greener (1870-1935) was born in Lancaster, Wisconsin and moved to Hand County, Dakota Territory (South Dakota) with his family in 1883. Greener settled in Faulkton, South Dakota in 1890.

He displayed an interest in art as a youth, and received formal training at the University of North Dakota, at the art colony in Galesburg, Illinois, with Anson Kross in Boston, at the Cincinnati Academy of Fine Arts and with J.H. Kaumeyer in Minneapolis. He maintained a studio in Faulkton until his death.

The South Dakota landscape was Greener’s first love and he produced hundreds of paintings of the prairie in Faulk County. Dramatic sunrises were of particular interest to the artist.

Greener received critical attention for his portraits of Governors Frank Byrne and Charles Herreid and United States Senator J.A. Pickler, all in the State Capitol at Pierre. He was one of only two South Dakotans included in the First Northwestern Artists Exhibition of 1915 at the Saint Paul Institute in Minnesota. Even greater attention came from a 1928 commission from the Young Citizen’s League of South Dakota for the painting, Looking Towards Washington, presented to President and Mrs. Calvin Coolidge to commemorate their 1927 vacation in the Black Hills. Their son, John, donated this important work to the South Dakota Art Museum in 1983.

The South Dakota Art Museum preserves 53 works by Charles Greener and a substantial archive on the artist. 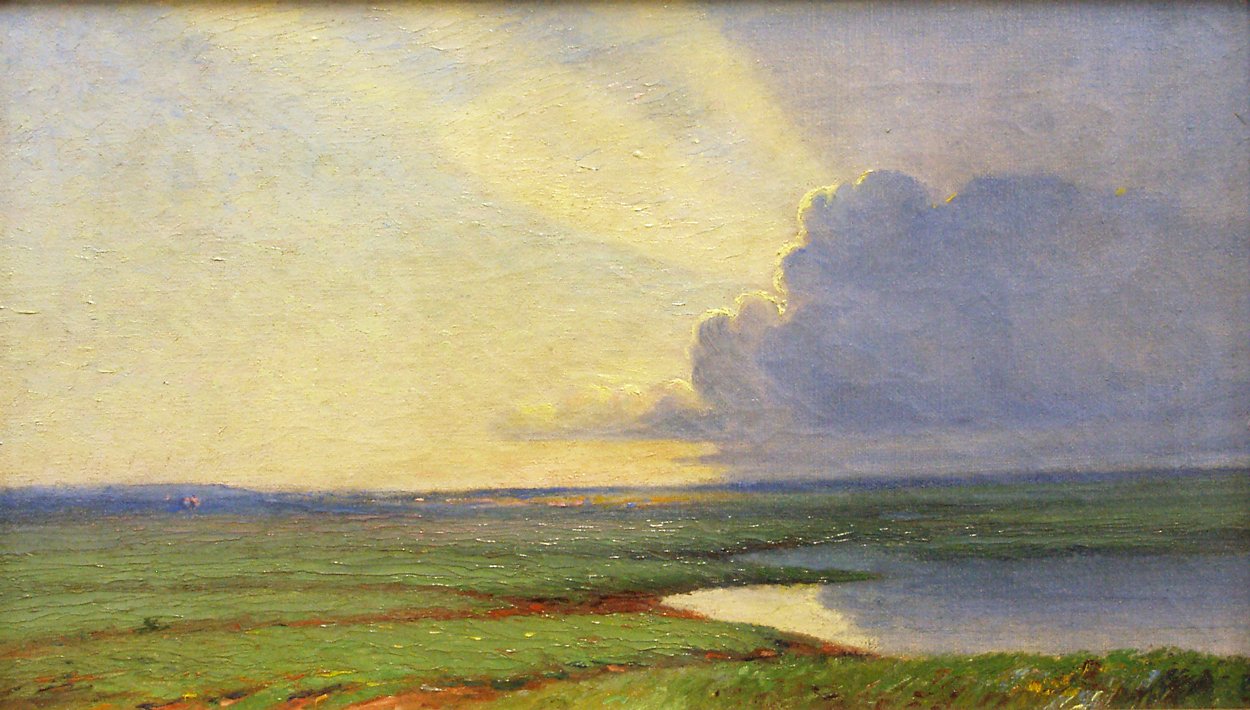 According to the artist’s daughter, Thunderhead depicts the storm that destroyed a number of buildings in Powell, Edmunds County, South Dakota in July 1911. 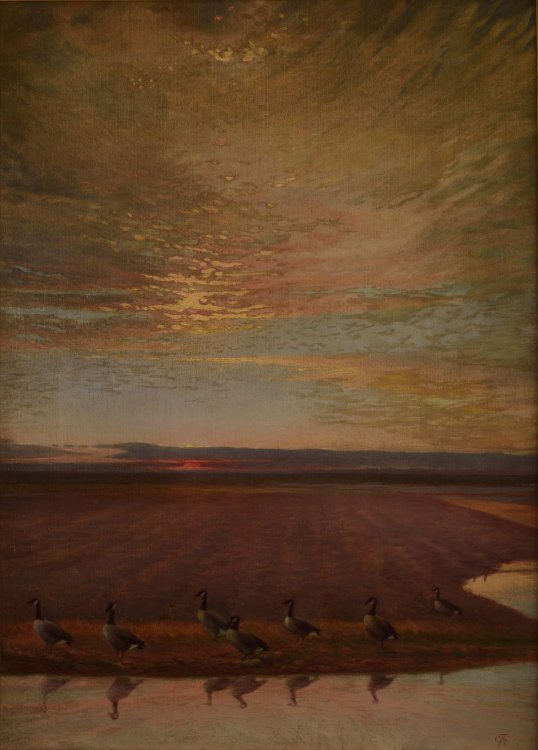 Former South Dakota Art Museum Director Joseph Stuart noted, “'Honkers at Sunrise' is meticulously designed. Strong horizontal bands represent sky, earth, and water. Furrows in the plowed field converge on the horizon like perspective lines, giving the painting an incredibly deep space. Three focal points compete for the viewer’s attention- the geese and their reflections in the water, the partially obscured sun on the horizon and the cluster of sunlit clouds in the sky.” Greener’s daughter, Dorothy Greener Olson, donated this work to the South Dakota Art Museum in 1971. 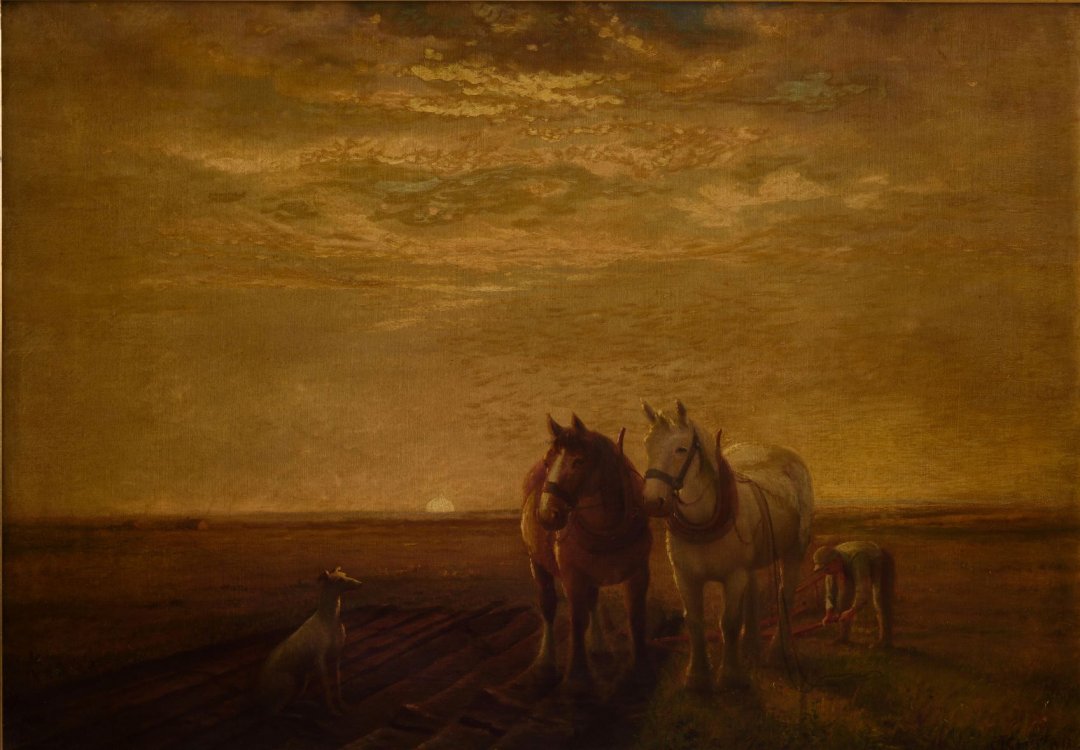 In 1915, Greener applied to copyright three of his paintings: "Early Start," "Honkers at Sunrise," and "Coyote at Sunrise," the latter not being in the Museum collection. It is assumed the artist considered these important works, since he wanted to protect them through copyright. All three reveal the artist’s fascination with the effects of the early prairie light. Early Start remained in his family until it was gifted to Irene Cordts, a Faulkton native and avid Greener researcher. 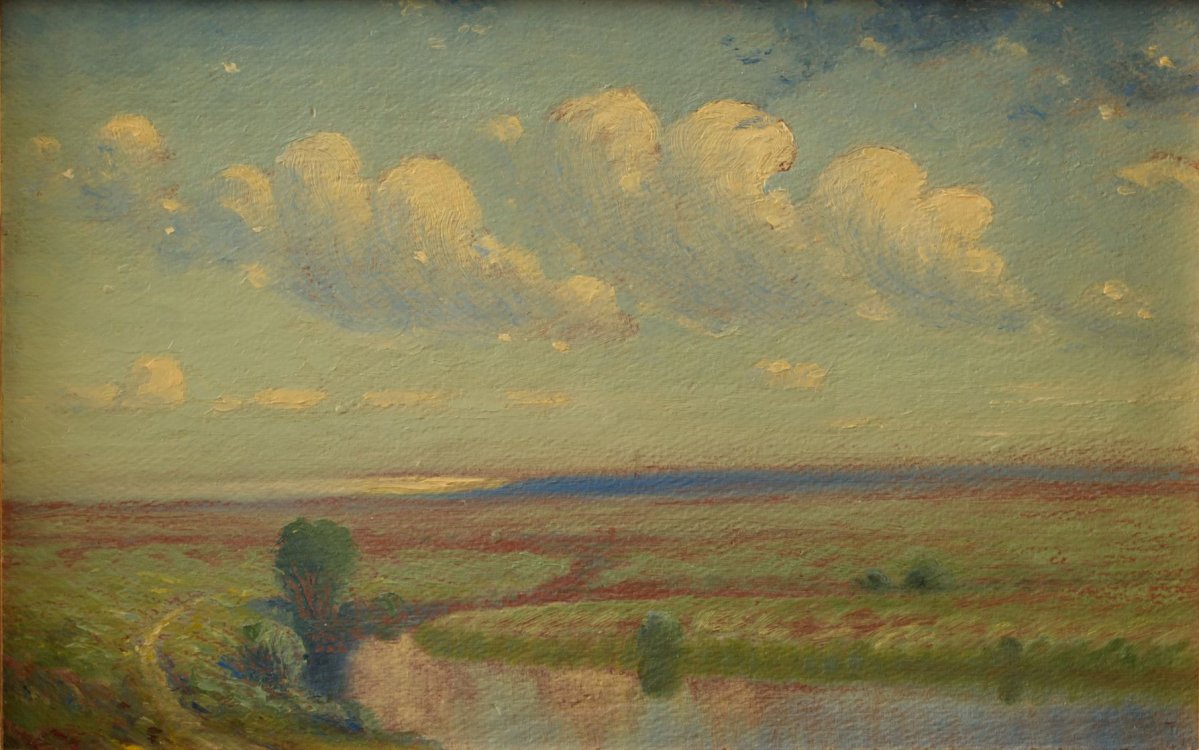 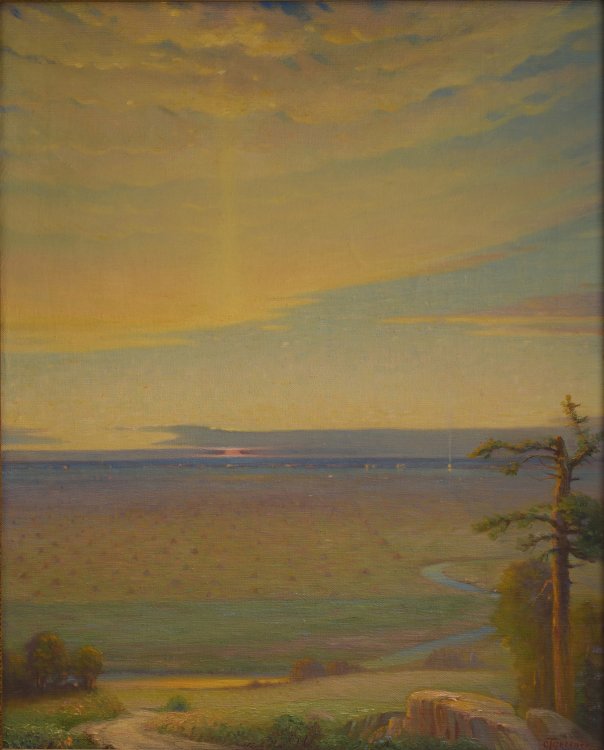 In 1928 the Young Citizen’s League of South Dakota commissioned Charles Greener to complete this painting for presentation to President and Mrs. Calvin Coolidge. The gift commemorated the Coolidge’s 1927 vacation to the Black Hills.