The first South Dakota exhibition of Harvey Dunn’s work took place in 1950 at the Masonic Lodge in De Smet. This retrospective included examples of the artist’s prairie, illustration and war works. The exhibition was originally scheduled to last a few days but stretched to 14 weeks as eager visitors came from throughout South Dakota and beyond.

Moved by the public response to his exhibition, he gifted most of the works from that show to the people of South Dakota, to be maintained at South Dakota State University. This collection formed the basis of the South Dakota Art Museum permanent collection. The museum's Harvey Dunn Collection is the largest in the world, consisting of 145 works that will be on display in ALL DUNN: the Complete Harvey Dunn Collection through the summer of 2021 as part of the museum's 50th Anniversary exhibitions. 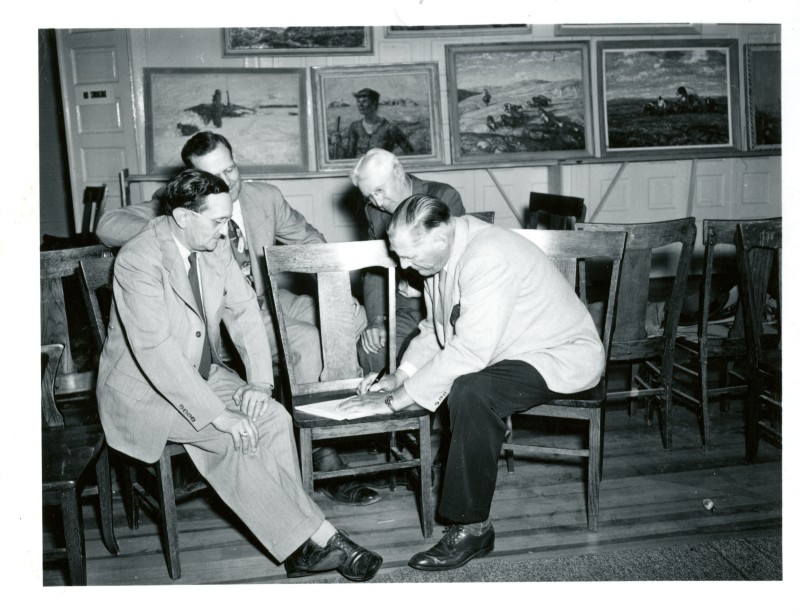 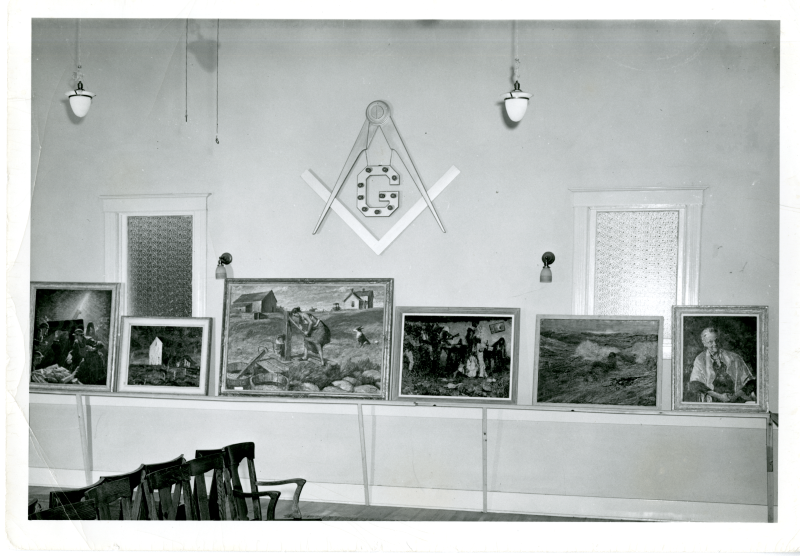 Harvey Dunn’s paintings on display at the Masonic Lodge in De Smet, South Dakota, Summer 1950.
Paintings left - right: Gunfire, The Abandoned Farm, Woman at the Pump, The Liberator, In the Open Sea and Aunt Emma.