The South Dakota Art Museum was called the South Dakota Memorial Art Center when I arrived at SDSU in 1973. Joe Stuart was at the helm then also teaching art history. The exhibits that first year included the original posters of Toulouse Lautrec and very large original paintings of Agnes Martin. I emphasize ‘original’ because up to that point in my West River South Dakota life, I suddenly was sure that I had never seen real artwork outside of book reproductions. While recognizing that I wanted to be an artist, that I was an artist, I had no idea how to go about it, not even what real art looked like in person. It was shocking to my core to see the actual work of such diverse people and I knew right away what a privilege it was.

One day when I arrived early at my first year painting class I discovered my painting in progress missing. Puzzled and a bit alarmed I learned that Joe had come into the studio to have a look at who this new class embodied, saw my painting and took it. His next day's class on art history featured my painting as an example of a good painting and then it was returned. That shocked me to my core. For the first time, somebody had made me feel that I was an artist and that I was on the right path.

A few years later I took Joe’s museology class along with a small handful of other art students, including Lynn Verschoor. What a thrill it was when many years later Lynn took the helm of the South Dakota Art Museum.

I was able to make the drive over from Rapid City for some of the fine and important exhibits Lynn was able to offer. One year Paul Peterson and I were selected to exhibit as part of a South Dakota Artist series and in another gallery at the same time was an exhibit of paintings by Wayne Thiebaud. It was one of the most momentous events of my life to feel that very full circle come round.

I realize that one of my most important classes took place in the museum and so is linked to my memory of the museum. That class was on color theory with Alice Berry. While not directly about the museum itself that the class was held there and links the museum to my developing sense of color which became prominent in my pursuit of ideas in painting. Alice rarely answered the many questions I had with any other reply than, “What do you think?”, always throwing the ball back to me to look more intently. The taking of many looks at the interactions and influences of colors on each other and the effect this retinal engagement has on the dynamic activity of looking at a composition I attribute to Alice Berry. She might have known that she later spiritually handed that baton to Pierre Bonnard.

Many evenings in the auditorium of the museum ‘art films’ were shown and discussions about them followed. This was an activity open to the community at large. It kept an open dialogue between the university and the community at large and offered intellectual stimulation to community members hungry for exposure. It also offered something enriching to the faculty. These films and discussions set the bar for me for an attentive and critical response to film.

A final note: The Stuarts are deeply embedded in my heart and the museum is truly one that the rest of the state should celebrate. It has fed me heartily over the decades. 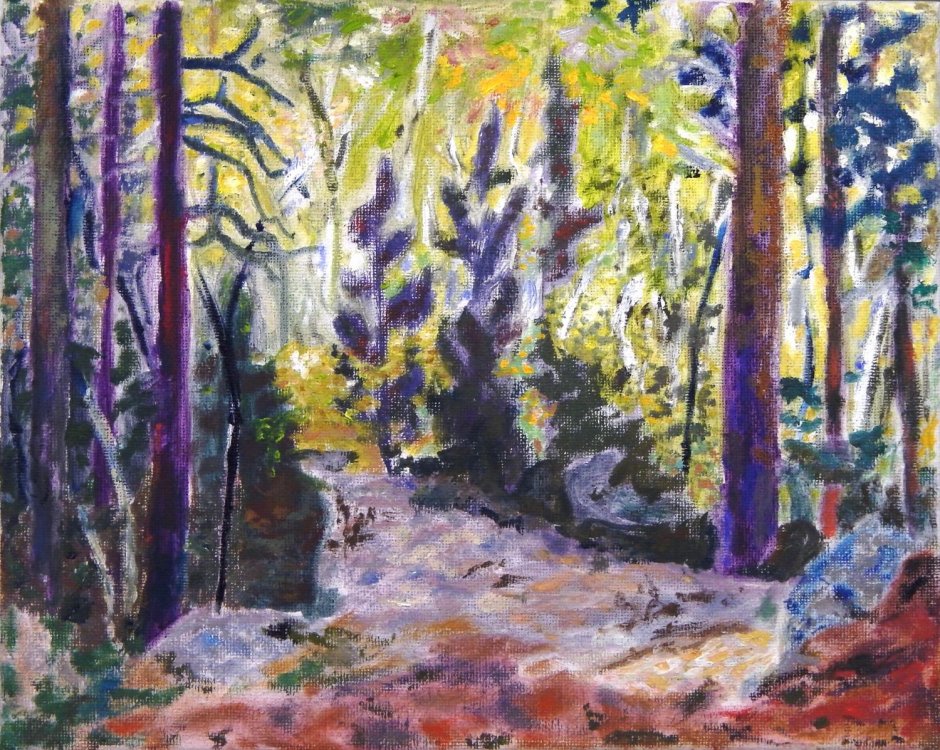 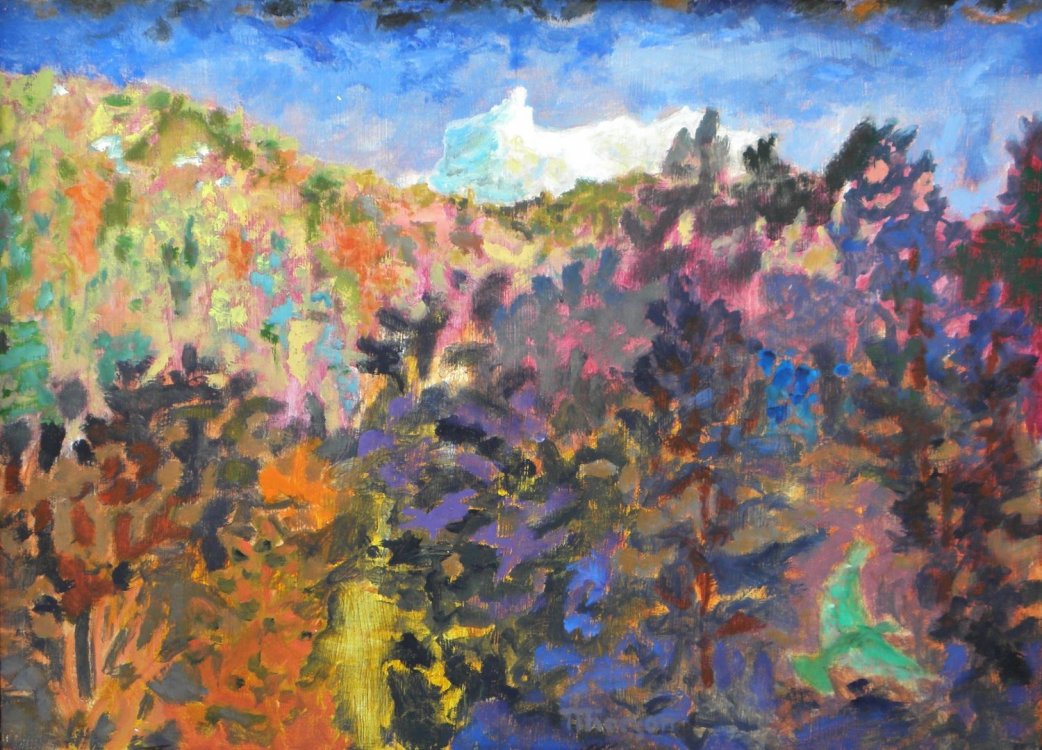 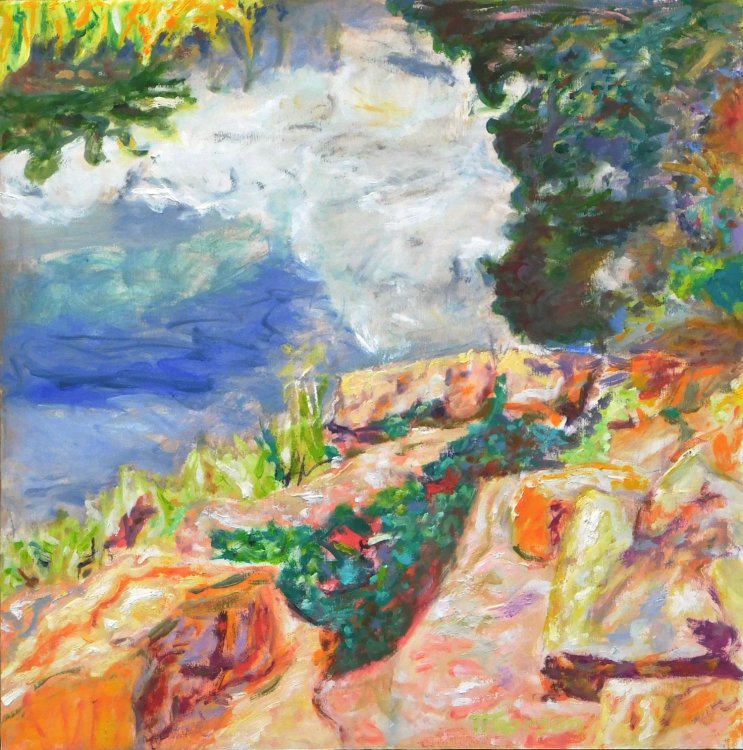 At The Mouth Of Center Lake
© Thomas Thorson, image courtesy the artist.