Ulfert Wilke (1907-1987) was born in Bavaria, studied in Germany and Paris and came to the United States in 1938. He studied at Harvard and the University of Iowa and was director of the University of Iowa Museum of Art, 1968-1975. The 14th of July, 1970 was purchased from the South Dakota Art Museum’s first Northwestern Biennial Exhibition of 1972. July 14th was Wilke’s birthday as well as Bastille Day and that date became the title each year of what he considered his most successful painting of the year.

In one of the many animated letters he exchanged with the artist, South Dakota Art Museum Director Joseph Stuart admitted that this painting was his favorite in the permanent collection. "That painting remains my favorite in the collection, and it takes real willpower to refrain from showing it too much for proper conservation." Stuart was a champion of contemporary and modern art. His legacy lives on through his sensitive curation of acquisitions for the museum, several of which are on display in this exhibition.

The following is an excerpt from a 1981 South Dakota Memorial Art Center newsletter:

Wilke was born in Bad Tolz, Bavaria, in 1907, the son of Rudolf Wilke, noted caricaturist for the magazine Simplicissimus and Mally Brandes Wilke, artist and grand-daughter of painter Heinrich Brandes. Ulfert attended the Arts and Crafts School in Brunswick and studied privately with Willy Jaeckel in Berlin and Allgau. After receiving the Albrecht Durer Prize in 1927, he studied in Paris at the Grande Chaumiere and Academie Ranson.

He came to the United States in 1938 and after studying at Harvard under a Carnegie Scholarship, served as head of the art department at Kalamazoo College during 1940-42. During 1942-45 he served in the U.S. Army and received U.S. citizenship. During 1947-67 he taught at the University of Iowa, University of Louisville and Rutgers University, was visiting professor at the Universities of Kentucky and Texas, took leave to work in Rome and Japan, worked in Munich and Rome under Guggenheim Fellowships and worked in Los Angeles under a Tamarind Lithography Workshop Fellowship. During 1968-75 he served as director of the University of Iowa Museum of Art. Now retired, he lives on an acreage near Iowa City.

Since his one-artist show at Brunswick in 1929, Wilke has exhibited internationally, including the Younger American Artists show at the Guggenheim Museum in 1954; Thirty Americans, arranged by James Johnson Sweeney for Paris in 1959; and the 1967 Tokyo Biennial. His work is in the collections of a number of major museums, including the Columbus Gallery of Fine Arts, Isaac Delgado Museum in New Orleans, Des Moines Art Center, Hanover Museum in Germany, North Carolina Museum of Art, Philadelphia Museum of Art, San Francisco Museum of Art and Wadsworth Atheneum in Hartford, Connecticut.

There has always been a calligraphic character to Wilke's painting and graphic work. He has long been aware of the ancient Chinese view that poetry and calligraphy were sister arts of the highest order and has expressed parallels to that view in his Music to Be Seen portfolio, published in 1956, and in his personal correspondence, written with a shaped pen in his unique calligraphic style. His personal art collection, including Iranian ceramics with kufic inscriptions from the Koran, is another manifestation of his love for calligraphy. Given that his painting has a calligraphic character, it also has a modern, even radical character that relates to German Expressionism of the early decades of the century and to American Abstract-Expressionism of the post-war period. For more on Wilke's work see Gerald Nordland's essay in the catalog, Ulfert Wilke: Recent  Works, published by the Des Moines Art Center in 1970. 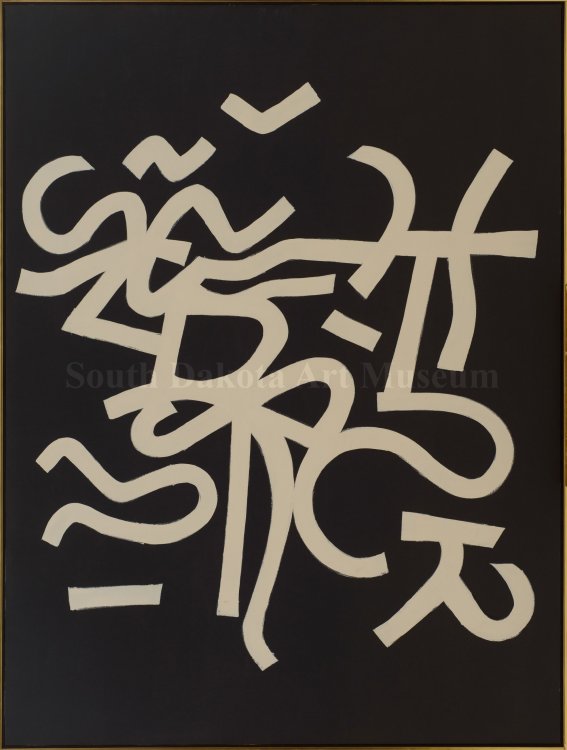