The School of Performing Arts is where Jackrabbits come to express themselves through music. SDSU students have been making music on campus for over 125 years.

We are known as a school on the go. The Pride of the Dakotas Marching Band has been featured in parades and festivals from coast to coast. Our choral ensembles have performed in some of the most well-known concert halls in the United States and Europe, as well as during prestigious national music conferences.

Not only do our students see the world, we also bring the world to our campus. In our state-of-the-art Larson Memorial Concert Hall, we have played host to performances by Leslie Odom Jr., Wynton Marsalis, the Moscow State Symphony Orchestra, Kristin Chenoweth, the Soweto Gospel Choir and practically all of the top military service bands.

Led by dedicated and knowledgeable faculty who were educated in some of the nation’s most prestigious music schools, our students are challenged to do their best in their studies, whether they be applied lessons, music theory and history courses or in music ensembles. More than seven percent of all SDSU students, regardless of their major, participate in the music program each year. For those who want to major in music, three options are available – the Bachelor of Music Education (B.M.E.), the Bachelor of Arts in Music Studies and the Bachelor of Arts in Music (Music Entrepreneurship Specialization). 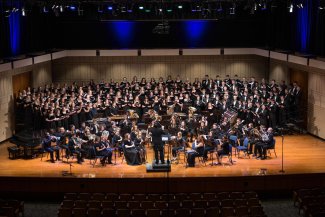 Help us by taking this 5-minute survey about how the Oscar Larson Performing Arts Center has impacted you! 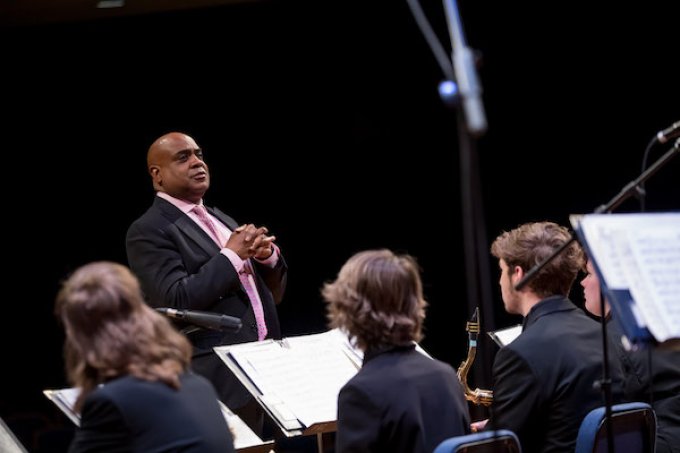 The past few years have increased the need for unity and optimism. The continued partnership between the Brookings Optimist Club and SDSU brought that optimism at their 17th annual SDSU/Brookings Optimist Jazz Festival, held on April 7.
Apr. 4, 2022

After attending his last class Feb. 5, South Dakota State University student Shawn Stemsrud checked his phone and saw an email he was expecting.