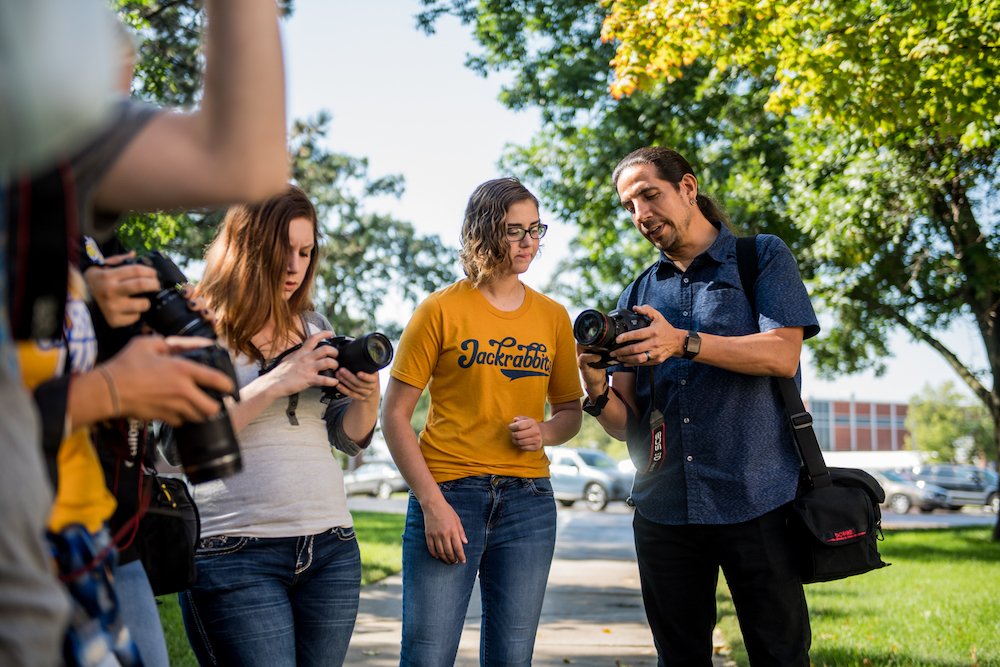 To become a premiere center for communication excellence. 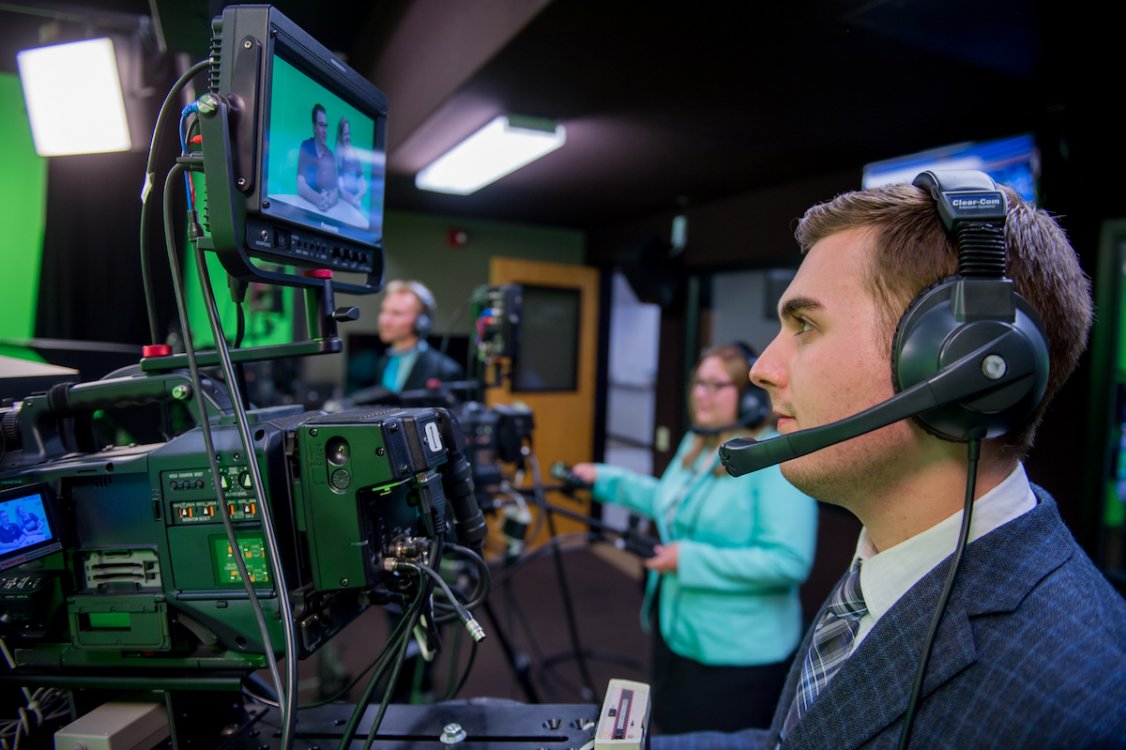 To foster the development of exemplary communicators as industry leaders, scholars, professionals and educators through innovative curricula, research, practice and opportunities.

The first course in journalism at South Dakota State College was taught in 1908, 27 years after the founding of the college and at a time when journalism courses began to appear in a number of Midwestern state universities. A school of printing began in 1919, and in 1924 Journalism Professor Charles D. Byrne, who was later the Chancellor of Higher Education for Oregon, moved to combine the work in journalism and the school of printing. The Department of Printing and Rural Journalism began that year.

Professor Byrne reported in the “Northwest Publisher and Printer” the following year that: “Under the present course of study … it was possible for a student to obtain a liberal education and at the same time to receive thorough training in the fundamentals of both journalism and printing.”

Byrne described the product of the program this way: “The publishing of the average country weekly in South Dakota, as well as in some other states, is largely a ‘one-man’ job and will probably continue as such for many years. For that reason, the future publisher must know the mechanical end of his job; he must also thoroughly understand the editorial side of it. And if he hopes to be a real success in rural South Dakota, he must be agriculturally trained, so as to see more clearly the problems of agriculture and their solution.”

During the 1930s and 1940s, a two-year course in printing was combined with three more years in journalism to produce graduates with a bachelor of science in Printing and Rural Journalism — PRJs, they were called.

In 1973, Professor Phillips retired and was replaced by Professor Vernon Keel, who is currently director of the Elliott School of Communication at Wichita State University. The graduate program was suspended between 1973 and 1975 in order to direct efforts toward the undergraduate program. Professor Keel resigned in 1976 to become department head at his alma mater, University of North Dakota. Professor Ruth Laird directed the department until 1978, Professor Richard Lee was head from 1978- 2002 when Professor Mary Arnold was hired. Dr. Arnold was head from 2002-2017; upon which time Dr. Lyle Olson was appointed Interim Department Head. In 2018, the Department became the School of Communication and Journalism and Dr. Olson became Director. Dr. Joshua Westwick became Associate Director.

In 1978, the Gannett Foundation awarded the department $25,000 and the South Dakota Press Association gave $3,000 toward the purchase of an electronic editing system. A Harris system with five VDTs and a microprocessor capable of receiving and storing wire copy was installed in 1980.

By 1989, the Harris system had been set aside. The university provided most of the capital assets and the South Dakota Newspaper Association provided $5,000 to purchase a 10-terminal Macintosh Plus system with a Laserwriter in the editing/typography lab and a 15-terminal Macintosh Plus system in the newswriting lab. The Apple Corporation provided the wiring, network software, printers and Laserwriter as part of the project.

Major Developments in the 1980's

Developments in the 2000s

"To give a symmetrical development of body, mind and soul; to produce public readers and speakers who shall be easy, natural, forceful; to enable its students to adore whatever profession they may choose; to prove that we express no more than we are; to inspire a love for the best in literature; to watch how the best may be expressed."

It seems to be a department of speech and physical education, which is the earliest indication of a Speech curriculum at SDSU.

The department housed seven faculty members in 1970 and grew to 14 in 1995, when it offered a specialization in Communication Disorders. This specialization is no longer offered and our department is no longer combined with Theatre. Currently, our department is home to five tenure-track faculty and three full-time lecturers who teach the graduate and undergraduate courses in Communication. Because of expanding enrollment, the department has also added adjunct and part-time faculty to meet the needs of a growing SPCM 101: Fundamentals of Speech enrollment. In addition, since 1994, the department has consistently staffed at least 13 GTAs to instruct in the SPCM 101 program. As a result, the graduate enrollment and program have grown dramatically. More applicants than assistantships available per year has become the norm in the department.

Our forensics program is nationally recognized, specifically through the association with Pi Kappa Delta, the national forensics honorary organization. These activities are historical yet consistent with the mission of the department.