The Life of Ben Reifel

Benjamin Reifel was born on September 19, 1906 in a log cabin within the Rosebud Indian Reservation. His father, William Reifel, was German-American and his mother, Lucy Burning Breast, was a full-blooded Lakota Oceti Sakowin. Ben was an enrolled member of the Rosebud Sioux Tribe. His Indian name was Lone Feather.

Reifel graduated from South Dakota State College in 1932. He paid his own way through four years of college, with the aid of one of the first loans made available to Indian students under the program for the education of American Indians. He graduated in 1932 with a Bachelor of Science degree in agriculture.

Reifel ran and won for the seat in U.S. Congress from the First District in 1960. He was the first U.S. legislator of Sioux ancestry and the sole American Indian in Congress through the 1960s. Reifel served on the House Agricultural Committee, the House Committee on Appropriations, and the House Appropriations subcommittee on Interior Department Affairs. He worked for farming interests, pushed for the Oahe Irrigation Projects, and supported the Civil Rights Act of 1966.

A Career of Service

In 2019, senior student Sophie Felicia (Lower Brule) worked with Archives staff to write and design online and physical exhibits about the Ben Reifel Papers. These exhibits were part of the SDSU Wokini Challenge Grant that was awarded for the project "Experiencing a Lakota Collection: American Indian Student Assistants in the SDSU Archives." The grant also provided funding for four American Indian student assistants to digitize and describe the materials of the Ben Reifel Papers. The digitized papers can be viewed on the Digital Library of South Dakota. 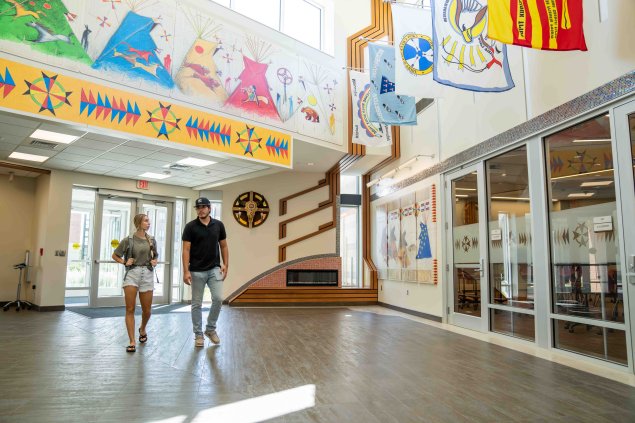