"It is certainly not an understatement to say the past year has been unprecedented in higher education. We continue to encounter a global pandemic that has impacted everyone, and as a society we have had to live through civil and political unrest unlike anything seen in decades. Our role in higher education has been challenged, but our commitment to fulfilling our educational mission has not altered. In fact, I believe our university will be better and stronger for having endured these challenges."

Read More of the Message

SDSU student rises to ranks of a Rhodes Scholar

SDSU senior Hattie Seten was named a Rhodes scholar in 2020, becoming the university’s first recipient of the Rhodes scholarship since
1952. The scholarship seeks students who are “young leaders of outstanding intellect and character, who are motivated to engage with global challenges.

Fall 2020 classes were being offered in the classroom, online and in a hybrid format that included both online and in the classroom. The breakdown within the total number of classes offered at SDSU was about 33% for each category, while nearly 100 cameras were placed in classrooms throughout the campus to facilitate the hybrid option.

High-performing universities attract high-performing faculty and staff, and individuals at SDSU earned several national awards and recognitions during the past year. Recognition by national organizations and peers throughout the country showcases not only the quality of teaching and learning at SDSU but also establishes it as a premier land-grant university with premier faculty.

Individuals Recognized This Year Include: 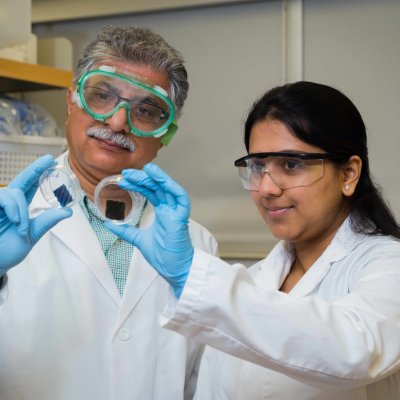 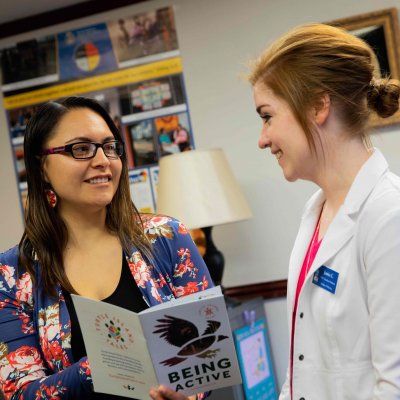 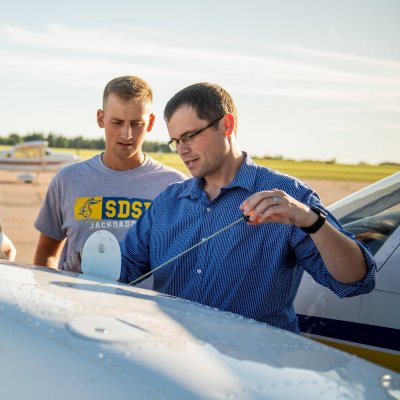 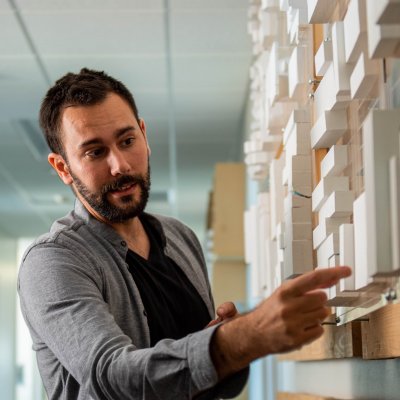 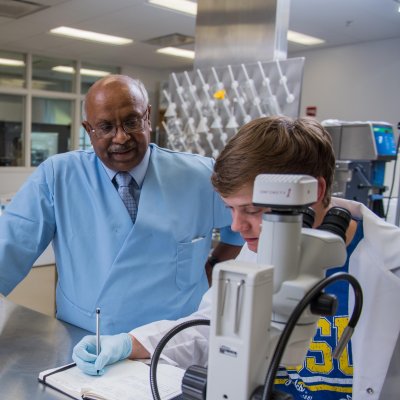 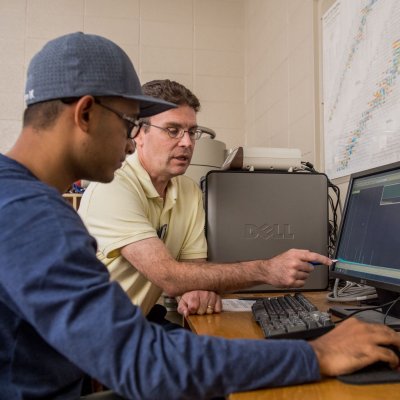 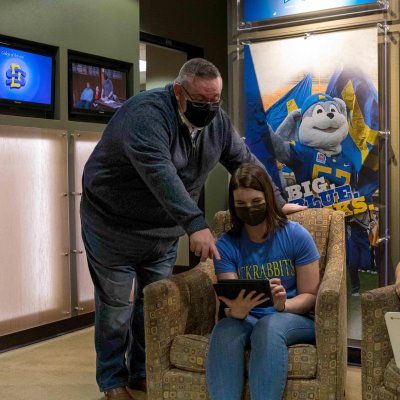 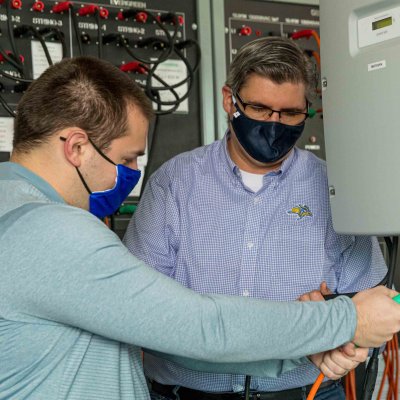 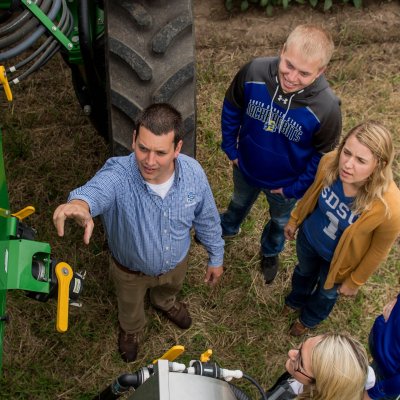 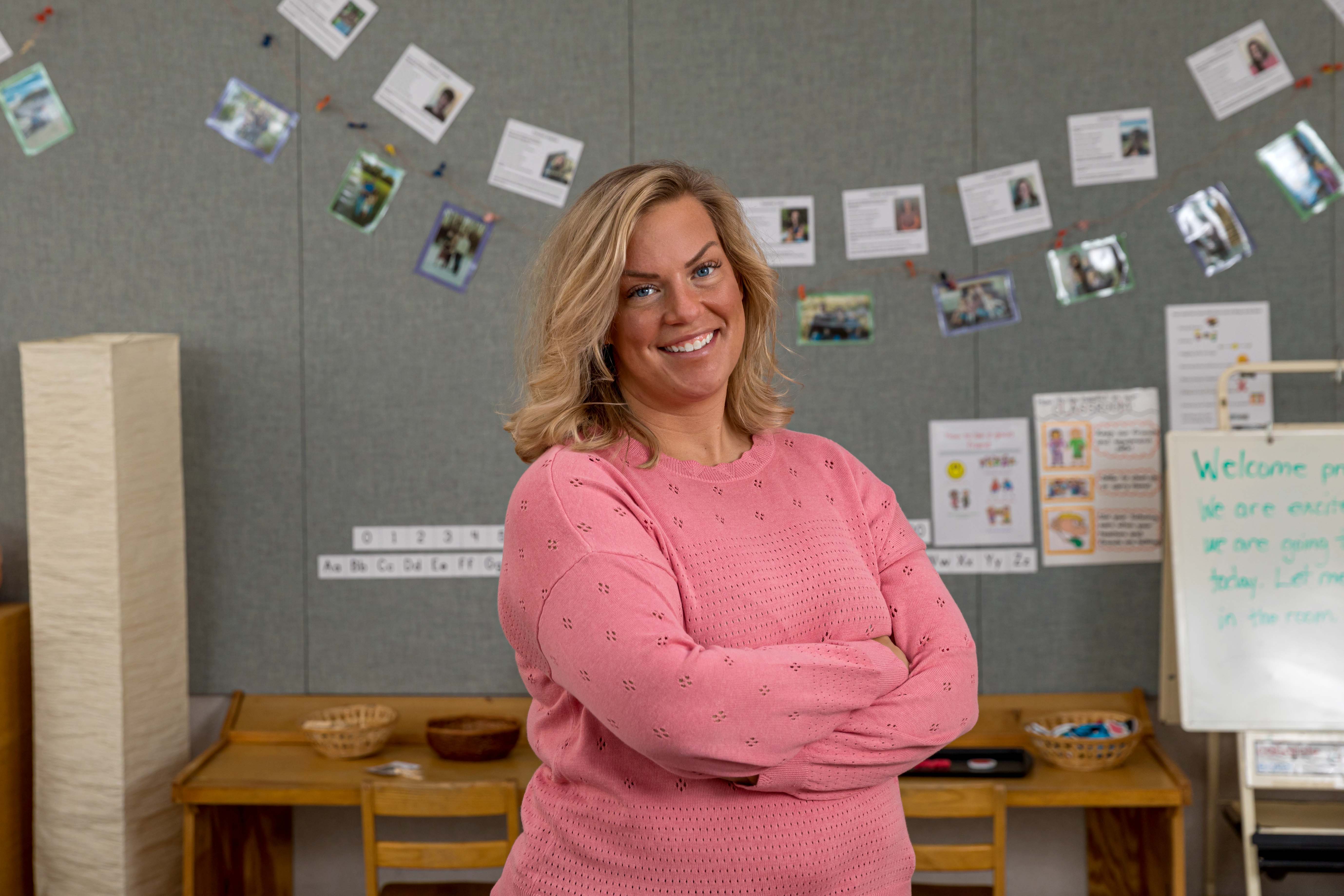 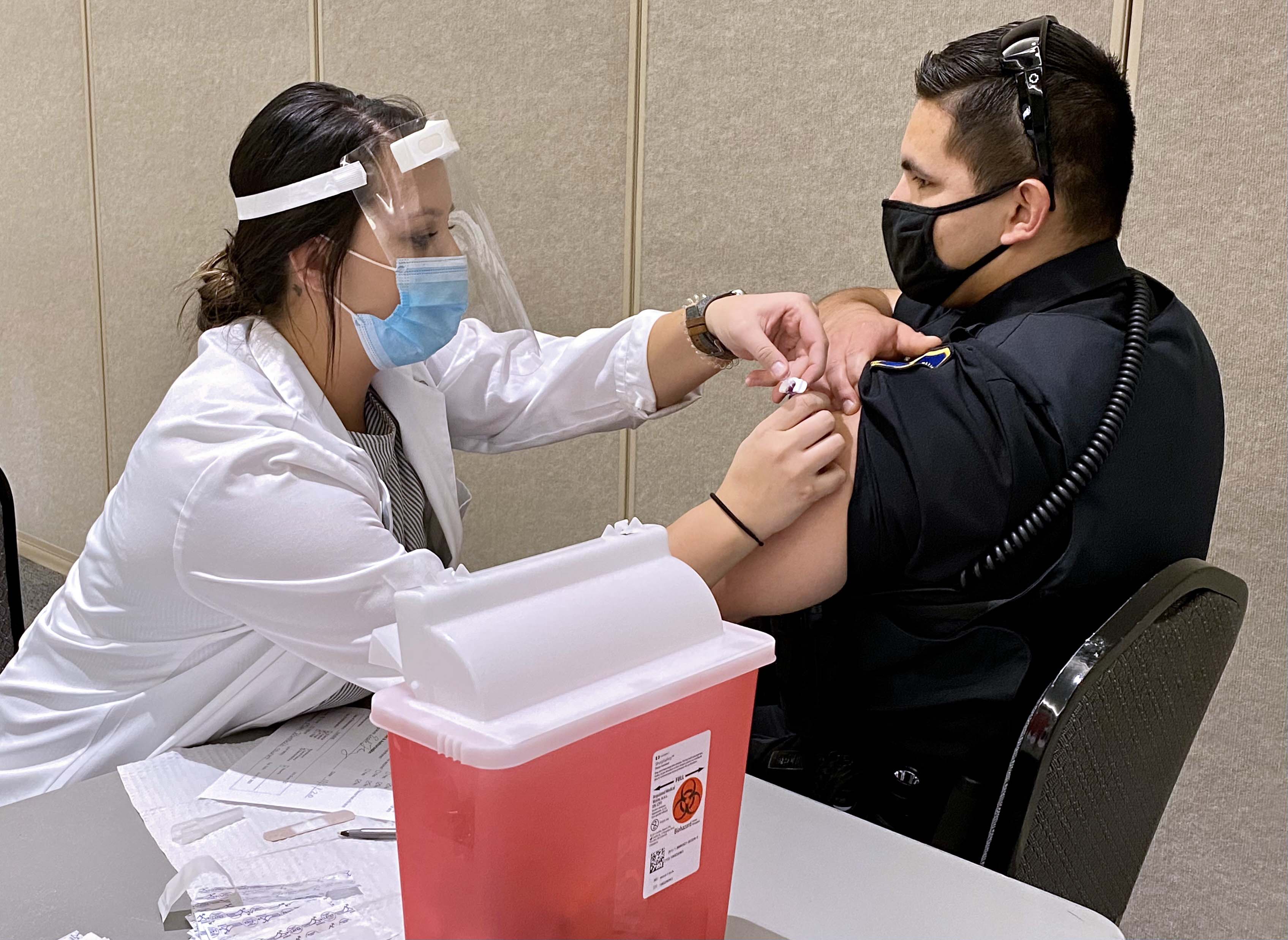 SDSU Students and graduates on frontline of COVID-19 pandemic 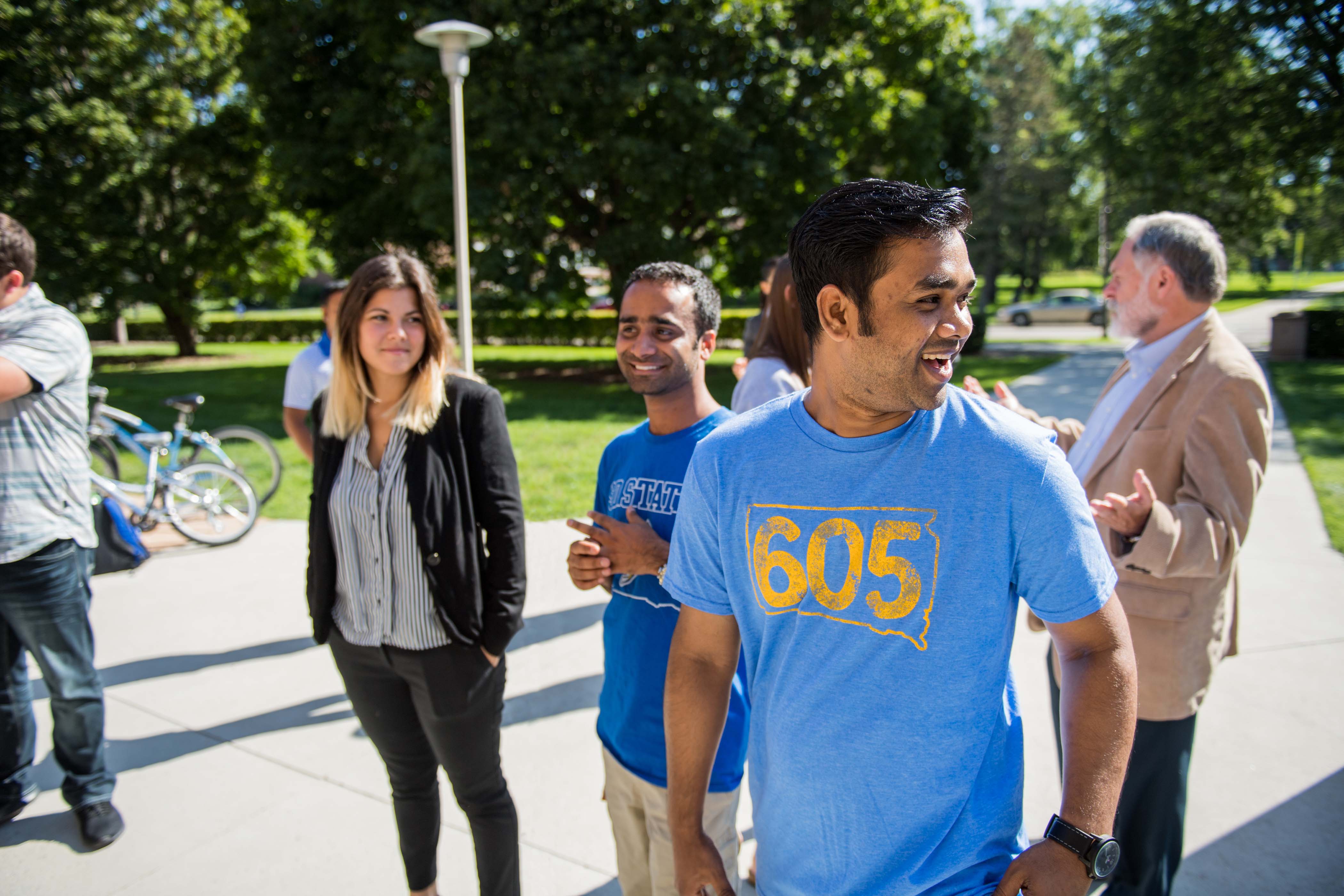 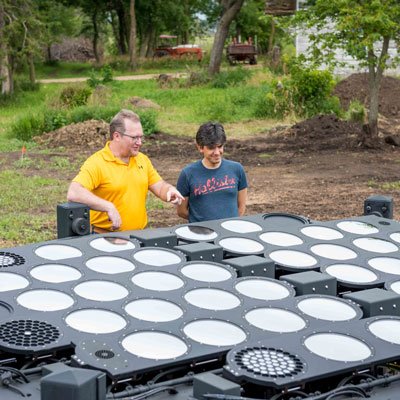 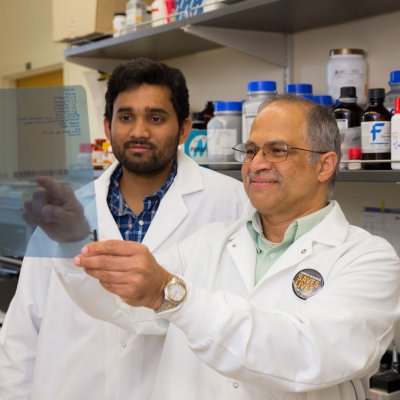 Metabolites may be key to colorectal cancer prevention 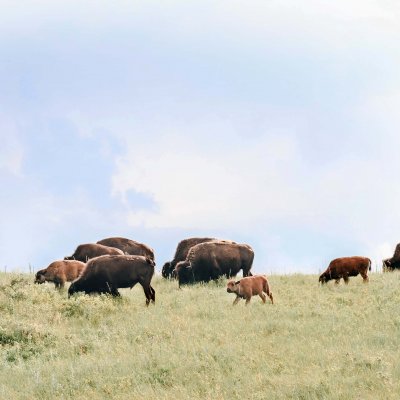 Center of Excellence for Bison Studies Launched in Rapid City

4. Be a Growing, High-Performing and Healthy University 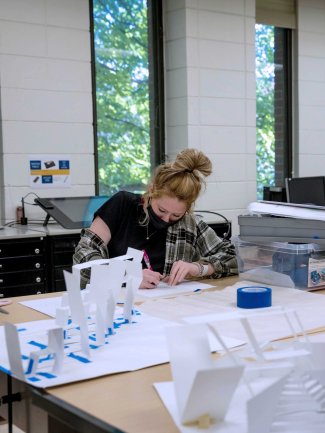 Domestic student enrollment was exactly the same from the 2019-20 academic year at 10,799 students. The total number of new freshmen from South Dakota registered at 1,109, an increase of 81 from the previous year.

Total enrollment for SDSU decreased approximately 1% from the 2019-20 academic year, a percentage that is much lower than current national trends. The National Student Clearinghouse reported in October that undergraduate enrollment, nationally, is around 4% below the previous year, while graduate enrollment slipped 2.7%.

With SDSU’s domestic enrollment flat, the decrease in the university was largely due to 113 fewer international students, a group that experienced many challenges obtaining the necessary documentation to travel to the United States during the pandemic. Thirty-six new international students did enroll in Global Start, an online program that allows them to attend classes in their home countries with the goal of coming to the U.S. in the future.

COVID-19 TESTING FOR STUDENTS CRITICAL TO UNIVERSITY STAYING IN CLASS 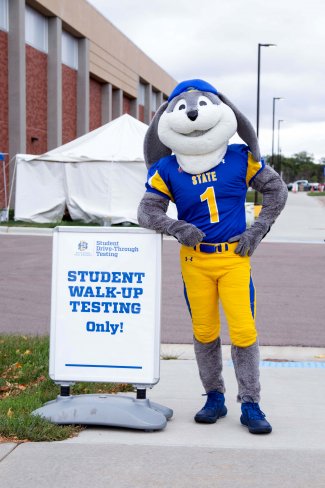 When South Dakota State University officials, state leaders and commodity groups held a ribbon-cutting ceremony for the $58.6 million Animal Disease Research and Diagnostic Laboratory expansion and renovation in September 2019, those in attendance and around the state had no idea how important the new Biosafety Level 3 laboratory would become in less than a year.

When the COVID-19 pandemic began, challenges existed around the nation and in South Dakota when it came to available testing. Knowing that SDSU would be a destination to more than 10,000 students daily by August, the SDSU team led by Vice President for Research and Economic Development Daniel Scholl went to work.

Students were initially offered drive-thru testing by appointment, but within weeks any student was able to be tested anytime. SDSU launched its “Test before Turkey” campaign, encouraging students to test before returning home for the semester break at Thanksgiving. Around 1,000 students were tested in the three days before Thanksgiving with about 3% of them being positive. Roughly 30 students were able to take appropriate action and limit the spread to their families at Thanksgiving.

Throughout the semester, nearly 4,000 tests were conducted and processed in the SDSU One Health Diagnostic Laboratory. The test results included around a 15% positivity rate, that when factored into potential spread, the testing effort prevented between 500 and 1,500 new infections. 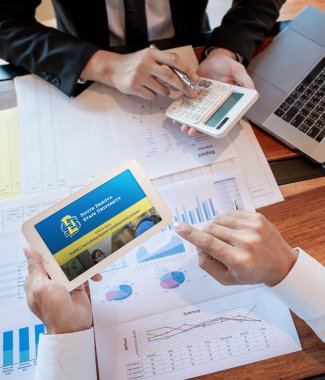 Aggressive budget efforts during the past two fiscal years have led to a projected positive operating margin for the university of nearly $1 million during FY21. The university also completed another successful annual audit by the South Dakota Department of Legislative Audit, the sixth consecutive year with no adjustments or findings.

During fall 2019, the university began preparing for projected enrollment trends that showed smaller freshman classes moving through the university, a higher number of students coming in with dual credits and students graduating at a faster pace from SDSU. While graduating at a faster pace and bringing more dual credit courses to campus are great for lowering student costs and getting students into the workforce faster, SDSU needed to proactively plan for the financial impact. Colleges and departments made strategic budget adjustments, creating higher levels of efficiencies throughout the university.

Early during the COVID-19 pandemic, the University’s Budget Oversight Committee made the strategic decision to centralize the university’s budget for FY21, temporarily moving away from the Responsibility Centered Management system that creates more budget autonomy within the colleges. The centralized model allows UBOC to strategically position funding toward efforts to manage the pandemic in ways that fulfill the university’s educational mission.

The operating margin is the result of the previous efforts to create efficiencies and a strong university enrollment that outperformed projections, despite the pandemic. SDSU continues to manage current course offerings against enrollment projections during the pandemic and beyond.

This year, one gift every 15 seconds for 24 hours was made during One Day for State, coming from all 50 states and across 19 countries. When the event was done, 4,888 donors raised $1,617,648 from 5,656 gifts.Another record-setting event included the virtual Jackrabbit Athletic Scholarship Auction. The auction raised $1.73 million.

SDSU on The Princeton Review’s 2021 Guide to Green Schools

SDSU is currently the only school in the state of South Dakota to be named a Green School by The Princeton Review.