It is awarded on the basis of the leadership, student leadership development, support and encouragement the advisor has provided to the chapter. In addition to submitting a nomination, the advisor must be overseeing a chapter that has received an Outstanding Chapter Award within the preceding two years during his or her tenure as SPS chapter advisor. McTaggart is the second SDSU individual to receive the honor. Warren Hein was the first-ever recipient in 1985.

‘I had known I was nominated, but unaware I was really seriously in the running for the national honor,” McTaggart said. “It still hasn’t sunk in, to a large extent. The award is not just for me, it’s for students, the chapter, the department, SDSU and everyone involved in physics.”

The SDSU chapter recently received a 2020 SPS Chapter Research Award. The chapter has been honored as an outstanding chapter the past two years and is awaiting news on the 2019-20 academic year rankings. It has also hosted a regional meeting, another thing McTaggart said that helped support his nomination.

“Being part of the SDSU Society of Physics chapter for three years, I can say Dr. McTaggart was the most deserving for this award. He always encouraged us to get involved in SPS, not only locally but also regionally and nationally. As a result, we were able to host a three-days SPS Zone 11 Regional Meeting in 2018, which was attended by more than 70 students and faculty members from different universities. None of our honors or achievements would be possible without his constant effort to champion and improve the SDSU SPS community,” said Abdullah Al (Maruf).

While the SPS chapter has achieved success, McTaggart has two more goals for it. He would like students to attend the National Physics Congress in Washington, D.C., in October 2021 and to have a student be elected as an associate zone councilor.

“We will need to raise money to send students to PhysCon, but it will allow our students to meet other physics majors from across the country. These are the individuals they will be working with in the next 30-40 years,” McTaggart said. “I’d like to make a visit to PhysCon a routine experience for physics students at SDSU.” 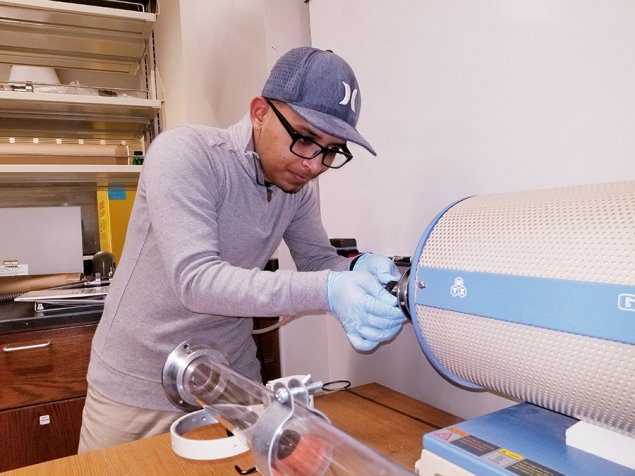