Dairy is a huge industry that helps feed the world. And the science behind it helps employ a lot of SDState grads. All of the decisions that go into the products consumers pick up from their grocery aisle were meticulously made by professionals in the dairy and food science field.

Let's dive into what makes SDState's Dairy and Food Science Department a magnificent major choice for those in search of a lucrative career.

Shaping the Industry for nearly 150 years.

SDState's Dairy & Food Science Department has been an industry-leading program in the United States for more than a century. Starting with the founding of the Dakota Agricultural College in the 1880s, officially forming as a department in 1907 and more than doubling in enrollment since 1967, dairy science is a hallmark of SDState's culture–and a high-demand, high-earnings field, to boot. 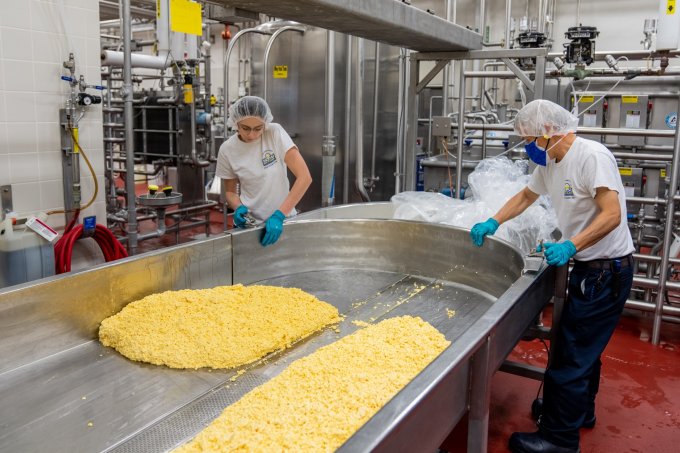 Three students in the South Dakota State University Department of Dairy and Food Science recently received scholarships from the National Dairy Promotion and Research Board. Each year, the NDPRB, through Dairy Management Inc., awards scholarships to 12 undergraduate students from across the U.S.
May. 3, 2022

South Dakota State University’s Office of International Affairs recognized 31 individuals and the School of American and Global Studies at the inaugural global achievement awards. The event, which was held Feb. 28, took place at the SDSU Alumni Association’s Woster Celebration Hall.  ...