Image for The Inaugural Celebration for Barry H. Dunn

The South Dakota Board of Regents and the faculty, staff and students of South Dakota State University are pleased to invite you to:

The Inaugural Celebration for Barry H. Dunn as the 20th President of South Dakota University

Thursday, September 29, 2016
3 p.m. Coolidge Sylvan Theatre
Brookings, South Dakota
A Display of Greetings will be in the South Dakota Art Museum
Inauguration Reception to follow in Club 71 in the Dana J. Dykhouse Stadium.

For more information, or if you require special assistance, please contact Linda Schumacher, the Office of the President, at 605-688-4112. 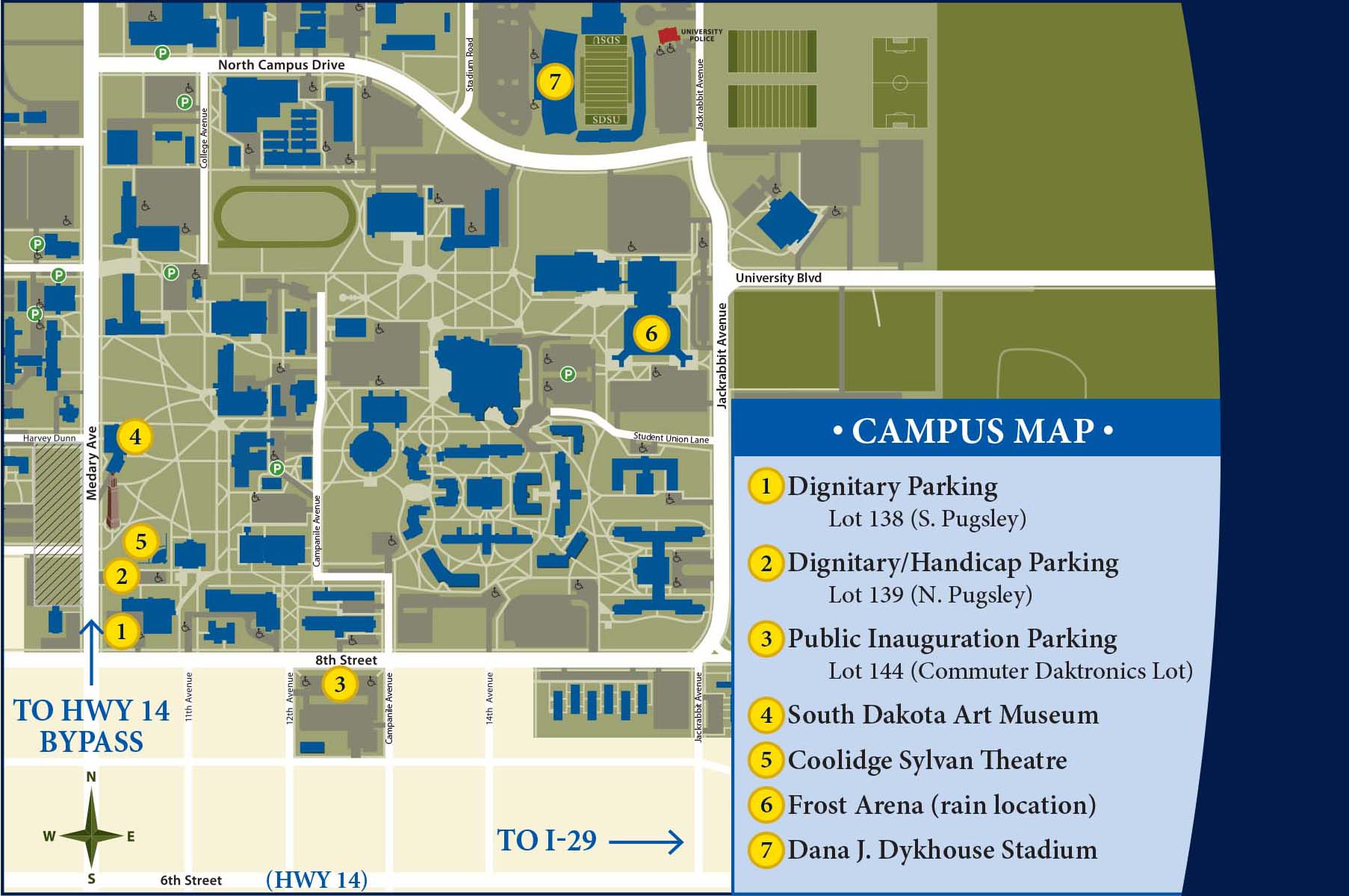 Vehicles needing to access campus from the north should plan on using North Campus Drive. 8th Street will be open in both directions from Medary Avenue.

Designed by Ada B. Caldwell, an art professor, Sylvan Theatre is decorated with wrought iron gates which were hand-forged on campus. From 1928 until 1973 Sylvan Theatre was the site of most graduations. The stage is still used for plays and films, and has been the site of inauguration of SDSU presidents since 1998.

During the dedication, a granite memorial stone was laid by President Coolidge and wife Grace during their brief visit.

A marker of tribute to Caldwell was placed on the theatre after her death in 1938.  The marker reads in part: “Hers was the vision which brought this theatre to us… A devoted and inspiring teacher / a skillful and courageous administrator / and an artist who created lasting beauty.”

In the Fall of 1952, Dwight D. Eisenhower visited the campus during his presidential campaign. Eisenhower is the only other person who was President of the United States to visit the SDSU campus.

See All Our Events
There are no upcoming events.

See All Our News
There are no related stories.