The SDSU IP Lab Staff perform vicarious calibration in Brookings at the top and in California in the bottom middle picture. The right image is an aerial view of Brookings.

Purpose of the SDSU Image Processing Laboratory is to perform:

Founded in 1988, the primary efforts of the laboratory have been towards the research and development of radiometric calibration algorithms for optical remote sensing satellite systems.  Areas of greatest contribution include characterization and correction of various artifacts and image noise patterns, precision estimation of relative gains for push broom sensors, gain trending and absolute gain estimation using Pseudo Invariant Calibration Sites (PICS), and absolute gain estimation using surface reflectance-based manned vicarious calibration campaigns at a vegetative site. In addition, the laboratory is well known for on-orbit estimation of optical satellite point spread functions.
The SDSU Image Processing Laboratory works closely with USGS EROS and NASA’s Goddard Space Flight Center particularly with respect to the Landsat series of satellite sensors. As an example, the recent conversion of the Landsat archive to a consistent reflectance-based calibration was based on analysis from this research group.
We also have broad experience with a wide array of sensors including EO-1 Hyperion and ALI, MODIS sensors and high resolution commercial sensors such as WorldView, RapidEye, Planet’s Doves and a variety of international sensors such as DMC, Thaichote and others. 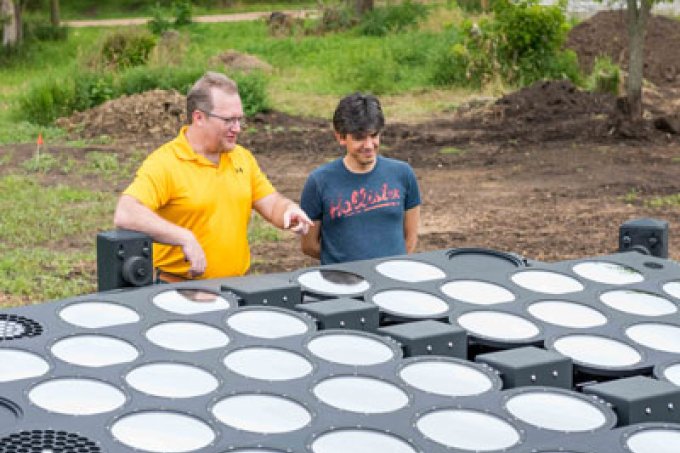