Religion is Central in Most South Dakotan’s Lives

For most South Dakotans, religion plays a central role in their lives and identities. To no one’s surprise, Christianity is the dominant religion in the state, with 82.3% of our respondents identifying with a Christian sect. This is on par with many other polls done in the state, generally with much lower sample sizes. In the remaining population, 7.0% identify with another religion (Indigenous American, Islam, Judaism, or Buddhism), 5.7% identify as agnostic, and 5.0% are atheist. While we did not ask about specific sects, other surveys have shown that Lutherans are most numerous, followed closely by Catholics. What is most important from a political standpoint is that 24.8% of our sample of registered voters describe themselves as “born again” or “evangelical” Christians. South Dakotans place a high degree of importance in their religious beliefs. Exactly half of the population says religion is “very important” in their lives, with 22% saying it’s somewhat important. 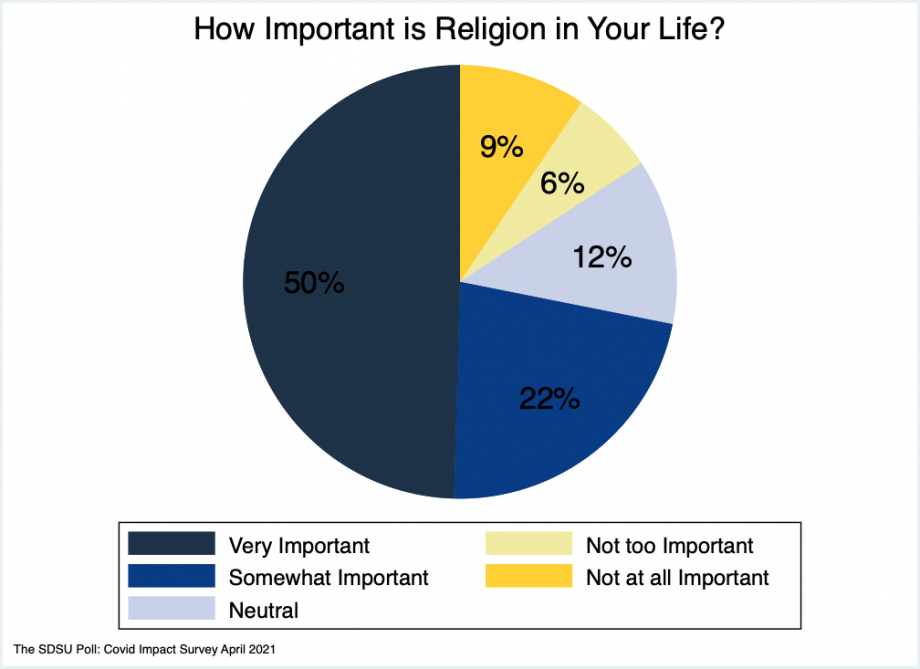 Actual religious practices are strong in South Dakota as well. While we declined to ask people about their attendance of services, largely because of the pandemic has interrupted these habits of ours, we asked about the frequency of prayer as a general proxy for religiosity. Again, South Dakotans report being rather devout relative to national polls. Just over 30% report praying multiple times per day outside of any religious service, 22% say they pray daily, 15% say they pray a few times per week, and the remainder once a week or less. 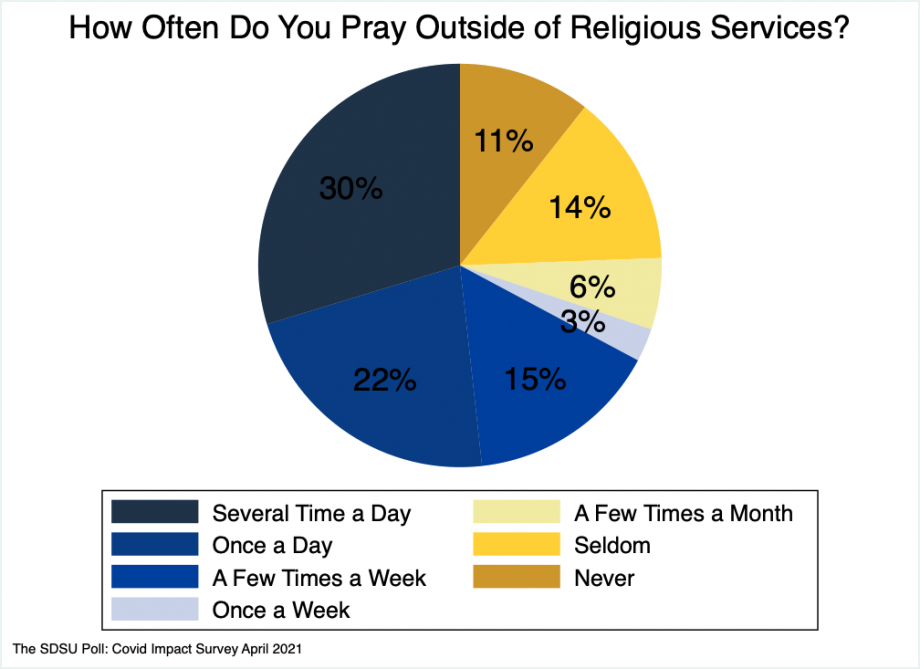 There is a Degree of Religious Animosity Amongst South Dakotans

A somewhat darker side of our findings is that there is a degree of religious animosity present between Christian denominations, which seems to go beyond simple theological differences. While our data are far from complete, it is clear that people’s opinions of their religious leaders are far higher than their own religious leadership. We asked respondents to give “thermometer ratings” of various institutions, including the Evangelical Lutheran Church in America (the largest Lutheran sect in the state), the Catholic Church, and their own religious leadership. Unsurprisingly, people gave higher marks to their own leaders with a mean rating of 74.9 than they did the Lutheran or Catholic Churches at 45.6 and 43.8, respectively. While on the negative side of the scale, the mean scores are not terribly concerning. However, the averaging of the scores hides some deep polarization. About 19% of the population rated the Lutheran Church at 0, the most hostile score possible, and 18% of South Dakotans gave the same score for the Catholic Church. Interestingly, there was no appreciable difference between Evangelicals and the rest of the population on this issue. To put in simple terms, about one fifth of the population has rather hostile feelings towards the Lutheran and Catholic Churches. 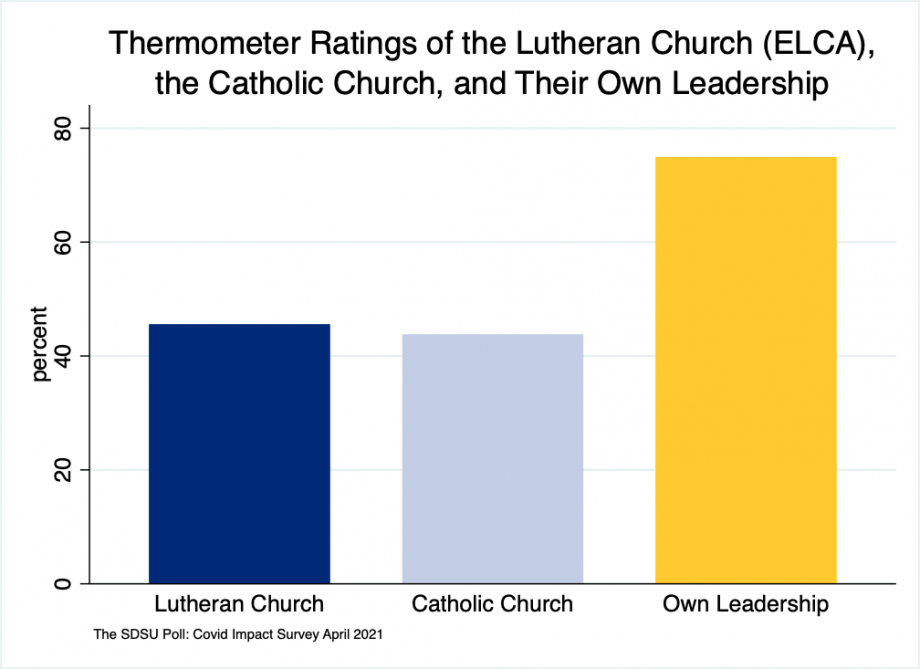 On Wednesday, we will post our final discussion of findings focusing on public trust. The trust South Dakotans have in each other, the government, doctors and pharmacists; and how that shapes the willingness to get a COVID-19 vaccination.