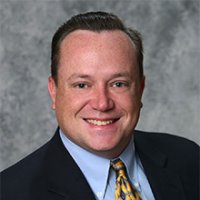 A native of New York, Walsh received his bachelor’s degree, with a minor in music business, and master’s degree from the University of Miami, FL. While at Miami, he performed with the City of Miami Symphony Orchestra for two years which included a performance in Carnegie Hall in June, 2000.

Walsh holds the distinction as being the first student to earn the DMA degree in Clarinet Performance and Pedagogy from the University of Kansas under Dr. Larry Maxey. At Kansas he was awarded a fellowship in the Hamilton Graduate Assistantship for clarinet and also held assistantships in jazz and musicology. In 2006, he won the Kansas City Philharmonia Concerto Competition, Woodwind Division, which included a performance of Debussy’s Premiere Rhapsody.

As principal clarinet of the American Wind Symphony Orchestra from 2006-2008 he premiered David Morgan’s Reflections and Meditations for clarinet and winds which was released by C.F. Peters Corporation in January 2008. A strong advocate of new music, he has performed as soloist and as a member of the Miami Clarinet Quartet for the Oklahoma Clarinet Symposium, Festival Miami Concert Series and the International Clarinet Association’s annual Clarinetfest. The quartet has premiered and commissioned ten works for the ensemble that include unique quartet instrumentation of two soprano and two bass clarinets.

His professional involvement has included performing at the National Association of College Wind and Percussion Instructors (NACWPI) national conferences. He was elected President of NACWPI in 2014 and has had the pleasure of directing three national conferences. He performs as substitute for the South Dakota Symphony and Dakota Wind Quintet in Sioux Falls, SD. His major teachers include Kalmen Opperman, Dennis Smylie, Lawrence Sobol, Mark Nuccio, Larry Maxey, and Margaret Donaghue-Flavin.

Prior to his appointment at SDSU, he taught at the University of Tennessee at Martin, and has also worked as Musicologist Assistant for the American Society of Composers, Authors, and Publishers (ASCAP).