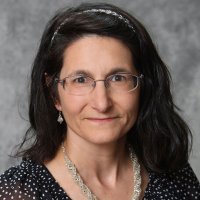 I joined SDSU in August 2005 and have taught all levels of Spanish, as well as Introduction to Global Studies. I consider being a student of the world the most fulfilling activity on the planet, aside from walking my dog. I also created the department Capstone class for our majors in languages and Global Studies, and have enjoyed helping them see the value in their education. My research has been published in well-known peer-reviewed journals, and I have presented papers at regional, national, and international conferences. I am especially proud of creating the first-ever study abroad experience at SDSU to combine Service-Learning with language study.

19th- and 20th-Century Spanish American Portraits of the Artist
Narratives and Cultural Identity
Visions of the U.S. in the Hispnic World
Human Rights in the Cold War and Globalization

Much of Identity Theory, combined with historical study and analysis, can illuminate and explain political conflict in the world today and throughout history, thus preparing those students who wish to enter the foreign service, Non-profit work, International Business, and any number of other professions that require knowledge of how the world works and how to most effectively communicate in diverse situations.