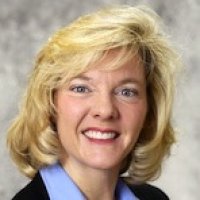 Professor of Voice and Choral Activities

Dr. Laura Diddle is Professor of Music and Director of Choral Activities at South Dakota State University (SDSU) where she conducts the Concert Choir, Madrigal Singers and the Choralia (the Women’s Choir). She teaches applied voice to music majors and minors and is responsible for vocal music education courses. Dr. Diddle received her Bachelor of Music in Voice Performance, and Master of Arts at the Indiana University School of Music and her Ph.D. in Music Education from the University of South Carolina.

Dr. Diddle began her career at SDSU in 2003 as Associate Director of Choral Activities and was promoted to Director of Choral Activities in Fall 2012. Under Diddle’s direction, the select 70 voice Concert Choir has performed regionally and internationally. The Concert Choir tours regionally every year, performs a fully staged Madrigal Dinner every other year, and is the face of the SDSU Choral Department. Dr. Diddle also leads the 120-voiced SDSU University Women’s Ensemble Choralia. The ensemble toured Moscow and St. Petersburg Russia during 2012 and regularly performs in Women’s Choir festivals across the region yearly. Her private voice students regularly compete and place highly in state, regional, and national voice competitions. Many of her students chose to attend graduate school in voice performance in schools such as Indiana University, the University of Michigan, Florida State University, the University of Missouri, Kansas City, Arizona State University, and the University of Nebraska, Lincoln.

In addition to her conducting duties at SDSU, Dr. Diddle is active as a guest conductor, adjudicator and clinician in the Midwestern and Southeastern United States. She was co-conductor of Midwest Ambassador’s Tour to Western Europe for Summer 2007-2019. She is sought after to present interest sessions in her areas of research which include Repertoire Selection Practices of Beginning Choral Music Educators, Curriculum Development, and Early Childhood Music Education.