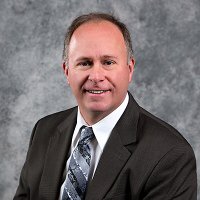 Dr. Murphy is Associate Director of the School of American and Global Studies, faculty of Religious Studies, and resident Biblical Scholar. He is one of less than twenty scholars in the world currently researching and writing about children in the Biblical World of antiquity, a sub field of inquiry that emerged in the late 2000s. He has published on children in Deuteronomy and 1 Samuel, but primarily writes on children in relation to the Jesus movement, the Gospels, and the hypothetical sayings gospel Q. He is currently exploring Jewish sectarian documents from the Second-Temple period in relation to children.
Specialties also include kinship, sexuality and asceticism, literary criticism, deconstruction, Greco-Roman religions, and Second Temple Judaism. He has co-led study abroads to Greece and participated in excavations at Banias, Israel. He has been with SDState since 2011, taught history at Evangel University from 2002-2006, and taught Old Testament as a grad student as Missouri State 1999-2001.

Books:
2013. Kids and Kingdom: the Precarious Presence of Children in the Synoptic Gospels. Eugene, OR: Pickwick Publications.

Articles:
2019. "Children and the Sayings Source Q - What the Double Tradition Reveals about Q's Attitude toward Children, Part B: Q 11:19-20; 12:53; 14:26; and 17:1-2," Biblical Interpretation 27, no. 1 (in press).
2018. "Contrasting Portrayals of Children in 1 Samuel." Point of View Publishing. Online: https://www.pointofviewpublishing.com/product-page/contrasting-portrayals-of-children-in-1-samuel-a-james-murphy.
2018. "Focusing on the Child Next to Jesus in Mark 9:33-37." Point of View Publishing. Online: https://www.pointofviewpublishing.com/product-page/focusing-on-the-child-next-to-jesus-in-mark-9-33-37-a-james-murphy.
2014. "Undesired Offspring and Child Endangerment in Jewish Antiquity," Journal of Childhood and Religion 5. Online: http://www.childhoodandreligion.com/JCR/Volume_5_%282014%29.html.
2012. "Children in Deuteronomy: the Partisan Nature of Divine Justice," Biblical Interpretation 20, no. 1: 1-15.

Current research involves children in relation 1 Enoch, Jubilees, and other Jewish sectarian Second-Temple texts. Recent research and publications on children have also included the Jesus movement of the first century, particularly as represented in the Gospel of Mark as well as the hypothetical source behind Matthew and Luke known as "Q."