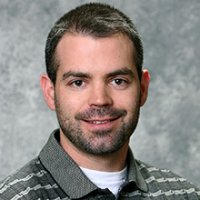 I am originally from Wakonda, South Dakota and attended South Dakota State University on an ROTC scholarship. After earning a Bachelor of Science in Chemistry, I was commissioned into the US Army. Upon commissioning, I received an educational delay to pursue a graduate degree in chemistry working with John C. Westall. I received my Ph.D. in Analytical / Environmental Chemistry from Oregon State University. My thesis was titled "The Role of Iron-Oxides in U(VI) Adsorption and Kinetics of Contaminant Organic Reduction."

Upon receiving my graduate degree, I started my active duty obligation with the U.S. Army. I spent four years on active duty in which I was deployed for 8 months to Qatar under Operation Enduring Freedom. Other places I was stationed were Fort Leonard Wood, Missouri, Fort Polk, Louisiana and Aberdeen Proving Ground, Maryland. During my last two years in the Army, I directed a research group for the US Army Medical Research Institute of Chemical Defense as a bioanalytical chemist. My research centered on developing analytical techniques for retrospective analysis of chemical warfare agent exposure. Part of my current research is an extension of my past experience and recognition of the value of chemical and biological warfare agent detection for saving lives from my time as a soldier in the US military. My current research is centered on the development of bioanalytical methods of analysis, focusing on the detection of chemical and biological warfare (CBW) agents and environmental contaminants. I have also developed a patented sample preparation technique called ICE Concentration Linked with Extractive Stirrer (ICECLES) that has shown the ability to increase signals of analytes by over 1000x compared with SBSE. My other interests include organic modification of surfaces as it pertains to dye-sensitized solar cells, chromatography and drug elution. For more information on my research interests, click the Research Interests link on the right.