It’s January 9, the start of the spring semester at South Dakota State University, and thousands of students brave arctic temperatures to tramp across campus.  Though they travel the same sidewalks, they are bound for different destinations:  Lincoln Hall, Avera Health and Science, Alfred Dairy Science Hall, Pugsley Center… 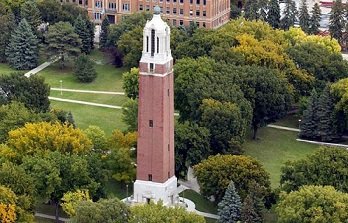 While extensive, the list of the places these folks are headed is not as far-reaching as the list of places from which they originated.  As the state’s largest university, SDSU serves individuals from all parts of the state, the region, the nation, the world.  A young woman from Sioux Falls may find herself studying with another from Spokane; a non-traditional student who calls Indiana home may be partnered with a scholar from India.

Despite the institution’s evident diversity, an important group remains underserved:  Native Americans.  While 9% of South Dakota’s population is identified as American Indian or Alaskan Native, less than 1% of the state’s flagship university student body represents this demographic.  This disparity is consequential for those enrolled in South Dakota’s tribes, the school, and the state-at-large.

It seems a great time to be a South Dakotan, at least economically.  The United States Bureau of Labor Statistics reports South Dakota is enjoying one of the lowest unemployment rates in the nation (only 2.7% in November of 2016), while the United States Commerce Department noted an impressive 9.2% third quarter increase in economic growth during the third quarter of 2015.

Unfortunately, this monetary boon is not evident everywhere.  The state’s Native American reservations are battling relentless joblessness and subsequent poverty in the face of the state’s prosperity.  According to The American Community Survey on Poverty (which assessed the years 2007-2011), 48% of South Dakota’s Native Americans live below the poverty line—the highest percentage in the nation—and unemployment rates far outpace those elsewhere in the state, reaching as high as 80% in some areas.

Access to education no doubt plays a role in this dichotomy.  The U.S. Census Bureau equates higher education with higher earnings, and the payoff is most notable at the highest education levels.  This is alarming considering the findings of a recent Lumina Foundation report:  in 2014, 43.1% of South Dakotans ages 25-64 possessed an associate degree or higher while only 20% of the state’s American Indians achieved the same.

To whom much is given, much is required.

Newly inaugurated South Dakota State University President Barry Dunn is committed to doing what he can to level the playing field for Native Americans.  Dunn believes all residents of the state must be afforded the opportunity to utilize South Dakota’s abundant resources as they realize their personal potential and contribute to the state’s greater good.  In order to do so, Dunn champions ongoing involvement from a number of entities including, but not limited to, the state’s universities and suggests South Dakota State University stands in a unique position to provide that support both on campus and remotely.

SDSU began humbly in 1881 as Dakota Agricultural College.  Nestled on a parcel of land gifted by the city of Brookings, the college eventually evolved into South Dakota State College in 1889 when South Dakota became a state.  At that time it received a boost from The Morrill Act of 1862 which provided the school two land grants to support its work: 120,000 acres devoted to its academic mission and an additional 40,000 earmarked for its Agricultural Experiment Station (SDAES) under the Hatch Act of 1887.

It is notable that most of this gifted land is located in the western part of the state and, before being awarded to the university, was promised to another group: the Lakota and Dakota tribes. It was The Fort Laramie Treaty of 1868 that designated these acres as part of the Great Sioux Reservation.  Without gaining official consent from tribal leaders, the federal government undermined the aforementioned treaty and claimed much of the land in western South Dakota under the Dawes Act of 1889.  The property was used for a variety of purposes including the provision of the 160,000 acres for the land grant commitment to South Dakota in support of its new land grant college and associated SDAES.

South Dakota continues to hold the title to much of this land-grant, and SDSU and the SDAES use the annual rental income for base funding purposes.  When land-grant designated land was sold, the state placed those proceeds in a trust and the annualized return on those investments flowed to SDSU and SDAES.

Today this land-grant income supports the largest university in the state; SDSU serves more than 12,600 undergraduate and post-graduate students, and though located in the community of Brookings, its impact extends far beyond.  Academic programs are available in three additional communities, and students near and far engage via online programs.  In addition, five off-campus research stations dot the state, and eight regional extension centers provide programming in every county.  These offices reach even further though their web based learning program, iGrow.

While the university’s reach is far and wide, the nine reservations remain grossly untouched.  Given its land-grant history, Dunn maintains SDSU has a particular onus to meet the needs of the state’s Native American residents, and he has a plan to do just that.

Dubbed the “Wokini Initiative,” the proposal’s title derives meaning from the Lakota word for “new life” or “a new beginning.”  Developed by SDSU staff and faculty, as well as various members of the Native American community, the initiative will offer programming and support to citizens of South Dakota’s nine tribal nations who want their share of the university’s opportunities. 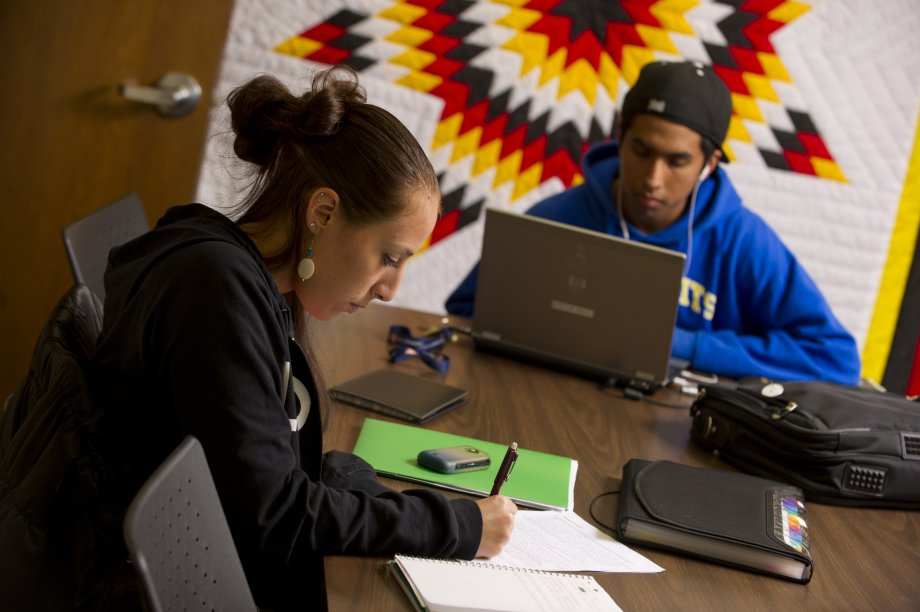 In order to fund the program, Dunn suggests using the annual revenue SDSU and SDAES receive from their designated land-grant properties. “Allocation of the funds from these lands for the initiative’s purposes bears a reasonable relationship to achieving convergent state interests,” Dunn said.  “With the intent of being even more impactful, every effort will be made by SDSU to leverage these monies in order to secure federal and state grants, grants from private foundations, and private gifts.”

For example, the Northwest Area Foundation, Lumina Foundation, and W.K. Kellogg Foundation are currently committing grant dollars to initiatives and programs that advance economic, social, and cultural prosperity in native communities. Further, private individuals have long supported efforts on campus related to American Indian programming, and Dunn believes they will be interested in this new initiative.  Additionally, partnerships with tribes, tribal colleges, and tribal organizations will enhance the success of obtaining additional funding.

With both on-campus and off-campus programs, the Wokini Initiative is designed to address Native American students’ needs in a myriad of ways.  Naturally, one cornerstone is financial support in the form of scholarships and other manners of monetary aid.

SDSU recognizes it will take more than dollars, though, and there exists a need to sustain Native American students in another way: providing access to the academic, personal, health, and financial knowledge necessary to succeed at the university and beyond.  Dunn notes NCAA Division I athletes and the individuals involved in the federal funded TRiO program Upward Bound (designed for students who demonstrate academic need and are first-generation attendees, are classified as low-income, and/or who are diagnosed with a physical/learning disability) receive such support and consistently outperform the general university population.

The construction of a stand-alone American Indian Student Center complete with computer labs, conference facilities, lounge space, and classrooms—along with a renewed commitment to the preservation of language and expansion of the arts critical to the health of Lakota and Dakota cultures—will round-out the on-campus efforts.

Off-campus, Wokini programming will hinge on collaboration between university and community members, tribal colleges, and the tribes themselves.  Perhaps these entities will join together to conduct research projects in key areas such as human health and nutrition or natural resource management.  Maybe they will elect to form a culturally and historically sensitive adult leadership development program.  Regardless of the specifics, a university alliance with tribal leaders will inform the Wokini Initiative to ensure the focus is on areas most likely to advance American Indian communities.  In addition, inclusion of tribal leaders and American Indian community members will provide mentorship for those students who will lead in the future. 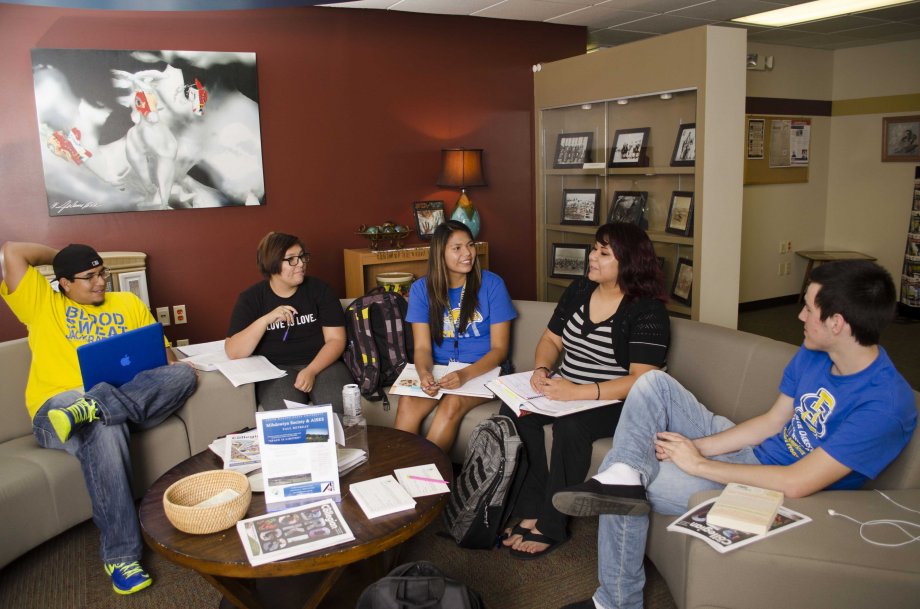 Learn from the past, believe in the future.

For decades, SDSU faculty, staff, and students have strived to serve the Lakota and Dakota people through educational outreach and support. A number of successful programs have been created and implemented in alignment with SDSU’s land-grant mission: an American Indian Cultural Center on campus, a counseling program in conjunction with Sinte Gleska University, the West River nursing program to increase the number of registered nurses at Pine Ridge Reservation, and the SDSU Success Academy in conjunction with the Flandreau Indian School are but a few.  Unfortunately, these programs have generally been underfunded from the start.  Because efforts relying on good intentions and small grants can last but only awhile, they inevitably became unsustainable and endangered.

According to Dunn, the Wokini Initiative is designed to revive the best of these, to breathe life into new ones, and to remove the common limitation of all of them—their fundamental financial instability.  Noting SDSU was founded in 1881 to make it possible for individuals to imagine their potential beyond pre-conceived limitations, he stresses SDSU’s role as a public university where research and outreach spur economic development and prosperity for all sectors of the state’s and region’s economy and strengthens community and social structures.

“As stewards of the land-grant mission,” Dunn explains, “it is the University’s collective duty to marshal its resources and efforts toward its continuing goal of providing access for all to the benefits of education.”

The Wokini Initiative, he maintains, is a strong step SDSU can take to help ensure all people—including those among the most economically disadvantaged in this state—have access to educational opportunity and are empowered to help strengthen the foundations of its mutual communities and shared interests.

“To help them is to help us all,” Dunn concludes.