This exhibit originally opened September 28, 2019. It was originally scheduled to close May 3 but be on view when the museum reopens August 17, 2020. The closing date has not been finalized.

A journey of a thousand miles begins with a single step. Both an exciting and terrifying prospect, people venture out and leave the security and comfort of the people, places and things they know for many reasons. This selection of illustrations by Paul Goble features multiple stories of people setting out on difficult journeys into the unknown, and the leap of faith required to do so. Books featured in this exhibition include: Adopted by Eagles, Beyond the Ridge, Buffalo Woman, Crow Chief, Dream Wolf, Death of the Iron Horse, The Gift of the Sacred Dog, The Girl Who Loved Wild Horses, The Great Race, Her Seven Brothers, Lone Bull’s Horse Raid, The Lost Children, Love Flute, The Return of the Buffaloes, and Star Boy.

Chinese philosopher Lao Tzu said, “a journey of a thousand miles starts from beneath your feet.” Both an exciting and terrifying prospect, the reasons people venture out and leave the security and comfort of the people, places, and things they know are many and varied. Journeys can be inspired by benign things like curiosity or boredom or dire things like escaping danger or hardship. They can be the result of longings for love or family, the protection of self and community, or proving oneself in a way that has never been tested. They can come from purposeful action or be compelled by forces that are outside of one’s control. Journeys into the unknown are essential parts of our universal human experience but their results are never certain.

This selection of illustrations by Paul Goble showcases the leap of faith and incredible courage required to undertake such journeys. Books featured in this exhibition include Adopted by the Eagles, Beyond the Ridge, Buffalo Woman, Death of the Iron Horse, Dream Wolf, The Girl Who Loved Wild Horses, The Gift of the Sacred Dog, The Great Race, Her Seven Brothers, Lone Bull’s Horse Raid, The Lost Children, Love Flute, The Return of the Buffaloes, and Star Boy.

Paul Goble passed away on January 5, 2017. Although his artwork is scattered throughout the world in private and public collections, the primary resource for access to works representative of his career is in Brookings, South Dakota, at the South Dakota Art Museum. The museum’s extensive Paul Goble Collection consists of over 500 watercolor, gouache, and ink illustrations. 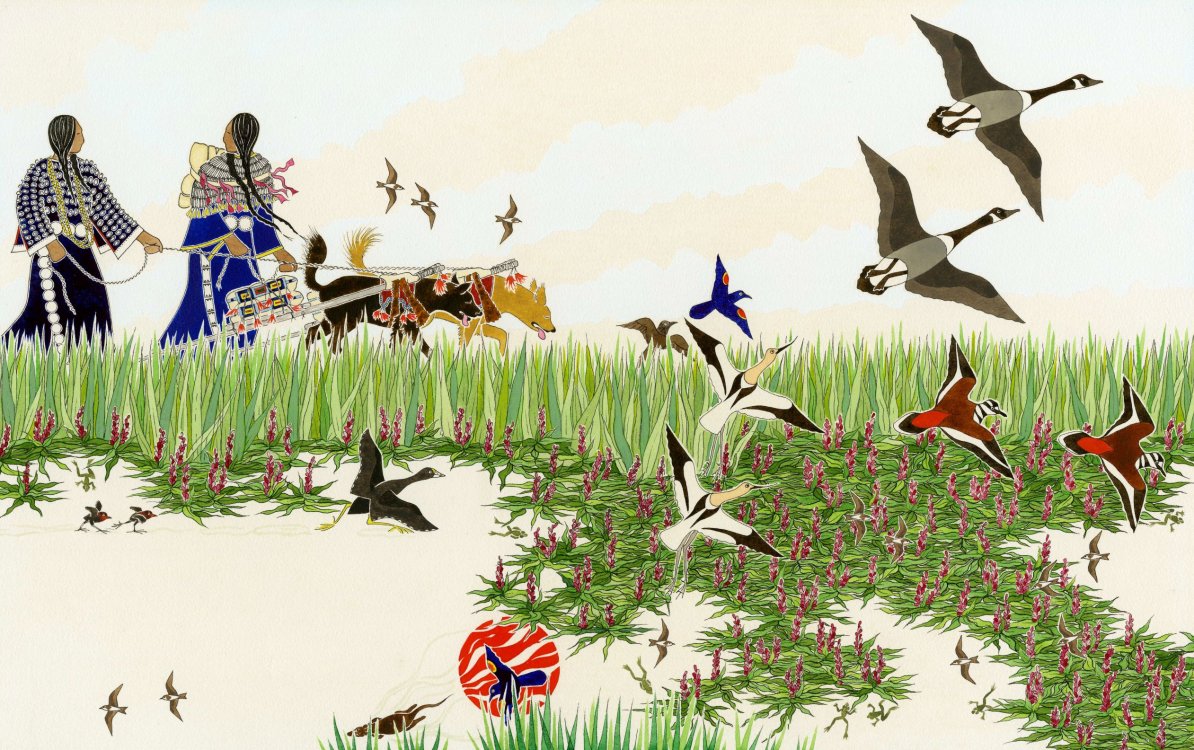 Illustration from "Her Seven Brothers" 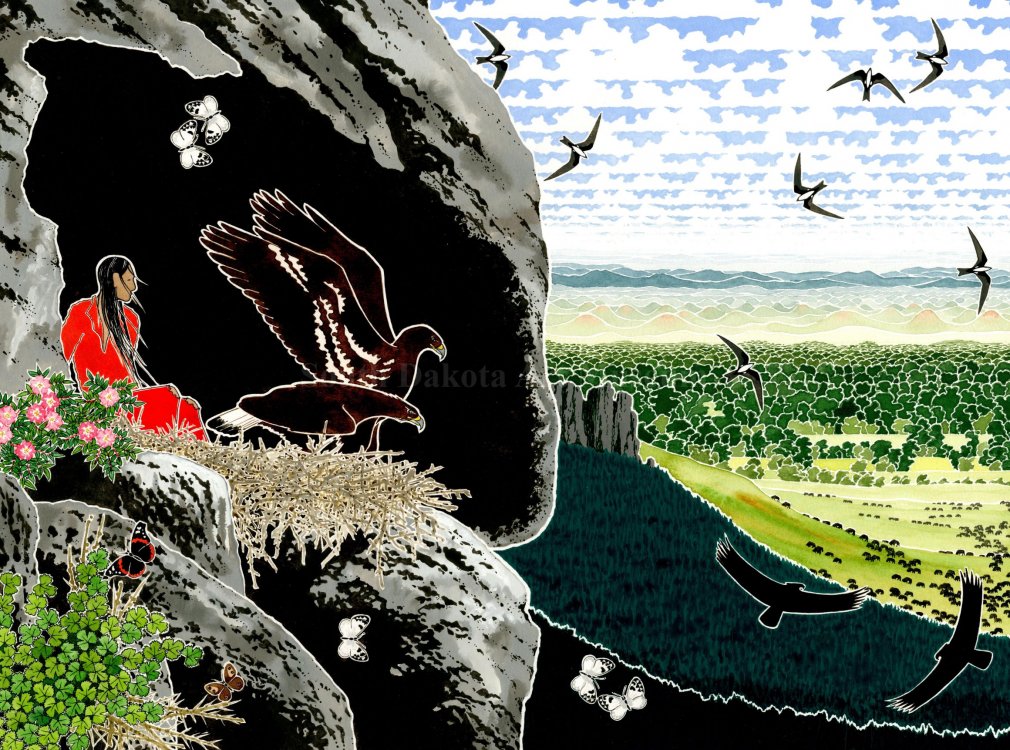 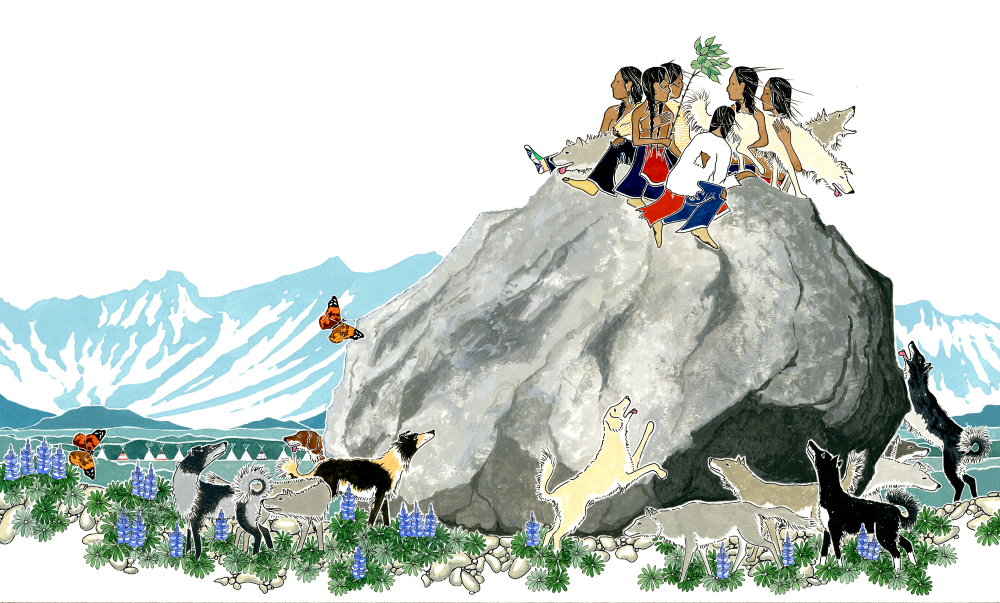 Illustration from "The Lost Children"
gouache, watercolor and ink on paper
Collection of the South Dakota Art Museum
Gift of Paul and Janet Goble
1995.01.013L

Illustration from "Death of the Iron Horse," 1987
watercolor and ink on paper
Collection of the South Dakota Art Museum, 1995.01.010G
Gift of Paul and Janet Goble. 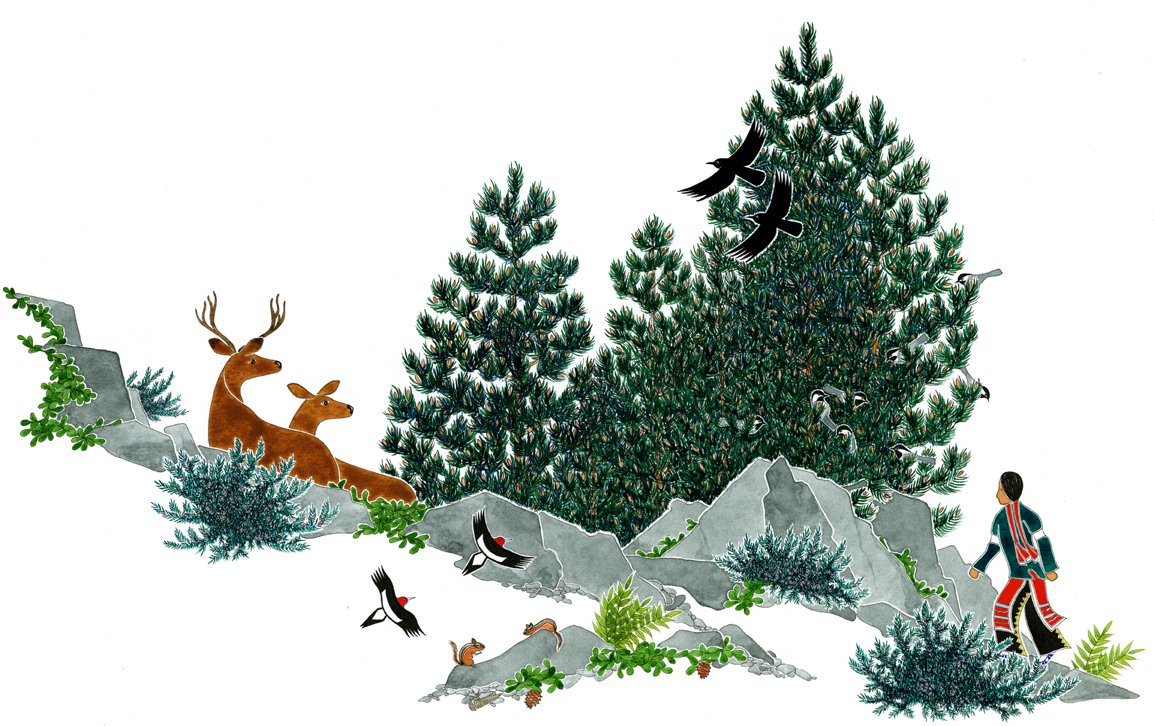 Illustration from "The Gift of the Sacred Dog," 1980
watercolor and ink on paper
Collection of the South Dakota Art Museum
Gift of Paul and Janet Goble
1995.01.006F 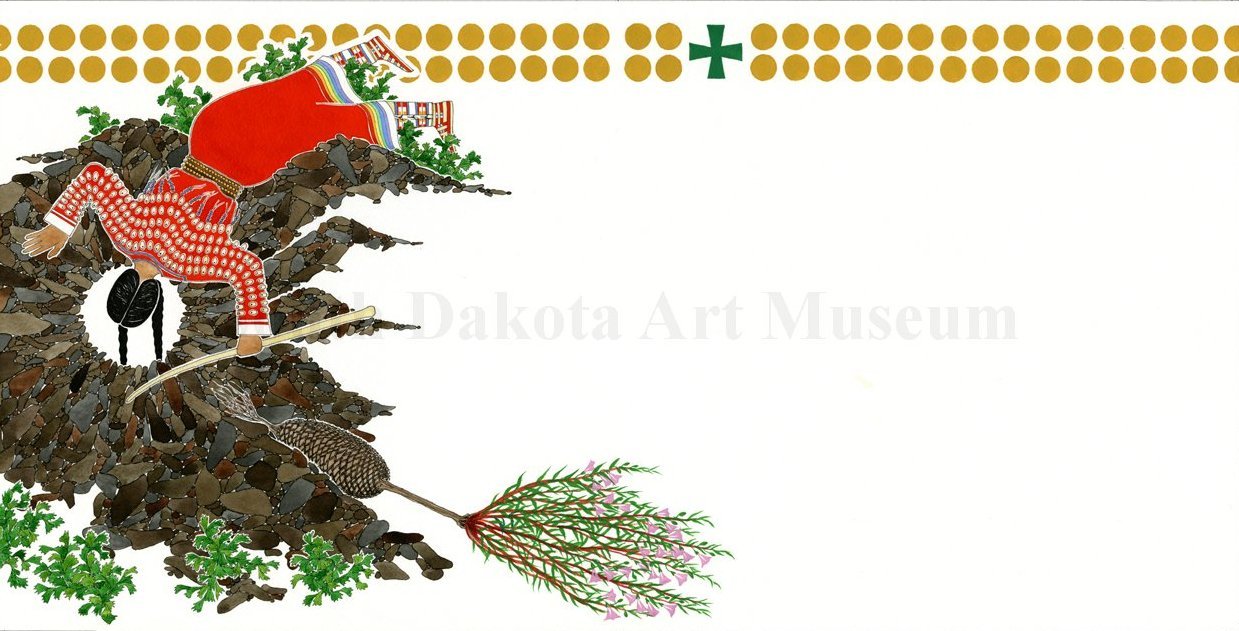