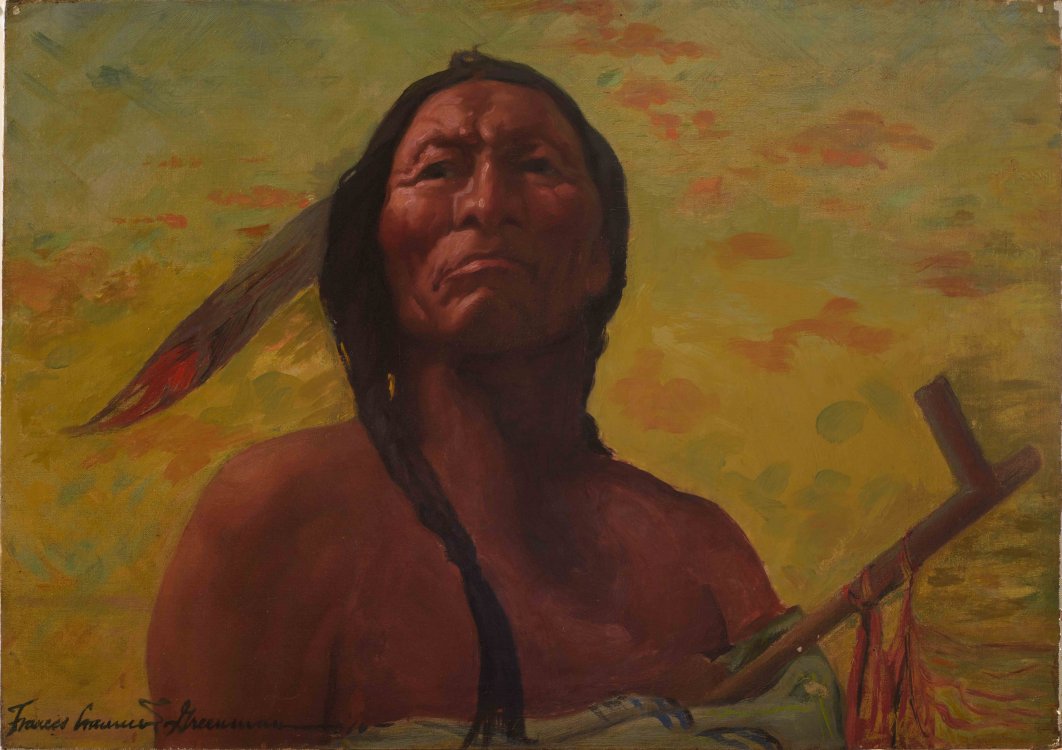 Frances Willard Cranmer was born in Aberdeen, SD, on June 28, 1890, and was named after Frances E. Willard, the founder of the Women's Christian Temperance Union (WCTU). Greenman's mother was president of the South Dakota chapters of the WCTU and the Equal Suffrage Association before the family moved to Minneapolis.

Greenman began her art training at the Wisconsin Academy of Art at age fifteen. She then studied for four years at the Corcoran School of Art in Washington D.C., and briefly at the Minneapolis School of Art, the Boston Museum of Fine Arts and in Paris at the Academie de la Grande Chaumiere.

Greenman’s most influential teachers were the fashionable American impressionist William Merritt Chase and Robert Henri, the leader of the so-called “Ashcan School.” By 1921 she had established herself as a society painter in Minneapolis. In her autobiography, Higher Than the Sky (1954), she counts herself among painters such as El Greco, Frans Hals and Augustus John, “the drunks—the Dionysians—who paint in a bacchanalia of emotional abandon,” as opposed to the Apollonians, the “cool, smooth tight painters: Canaletto, Holbein and Ingres.” Greenman wryly called herself “one of the much lesser loosers.”

For a few years after this turning point, Greenman produced portraits that were sometimes aggressively stylized (and not well-received), but gradually she moved to a sketchier, more flattering style in her portraits of the rich and famous celebrities, including the actress Mary Pickford. Throughout her career, Greenman maintained a permanent studio at the Hampshire Arms Hotel in Minneapolis, MN, as well as studios in Washington, D.C., New York City and Hollywood, CA. It is said that she used to sing as she painted to help relax her subjects. Greenman taught at the Minneapolis School of Art from 1941 - 1943 and was also an art columnist and critic for the Minneapolis Sunday Tribune (now the Star Tribune). She died in 1981 in Medina, MN.

In 1912, Greenman lived briefly with a Native American family on the White Earth Indian Reservation in northwest Minnesota. She explained, “I was planning to be the world’s best painter of Indians.” This desire did not cement, and she soon returned to portrait painting in Minneapolis. This work is dated 1916, suggesting that the artist continued to paint subjects from her time at White Earth.