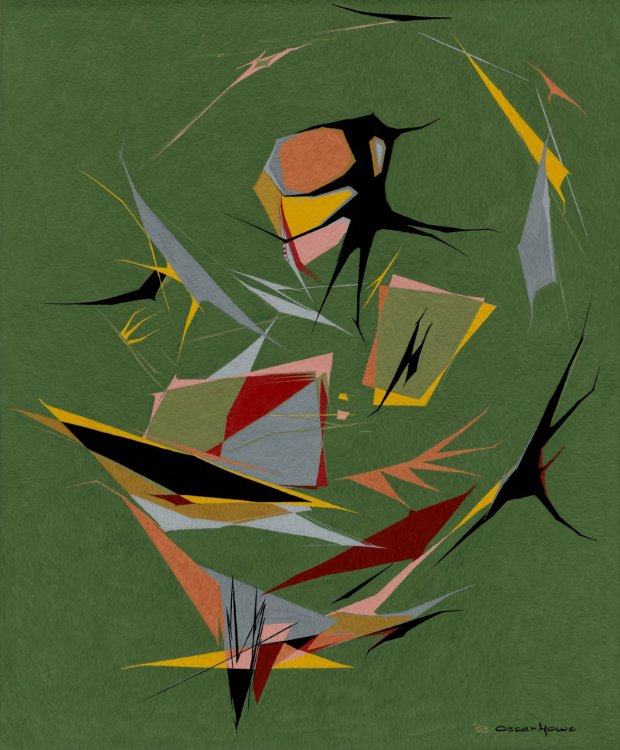 Oscar Howe (1915 - 1983) was born at Joe Creek on the Crow Creek Reservation in South Dakota. Known as Mazuha Hokshina or Trader Boy to his people, Howe rose from poverty and overcame illness to become an internationally respected artist and teacher.

After graduating from the Pierre Indian Boarding School, Howe enrolled in the famous art program at the Santa Fe Indian School. There he was encouraged by Dorothy Dunn, founding director of The Studio, to take pride in his cultural heritage by painting scenes from the everyday life, history and legends of his tribe in a flat-art style which she felt represented Indian culture.

Howe would ultimately develop his own unique signature style of utilizing lines (linear, rectilinear, or curvilinear), which gave a dynamic, fluid movement to his paintings. His work is seen as a bridge between Euro-American and Native American cultures.

As Howe’s work evolved, he faced strong resistance to it because of its modern and innovative style. In 1958, Howe’s work was rejected by the annual Philbrook juried Indian art competition in Tulsa, Oklahoma as “non-Indian.”

In protest, the artist asked: “Are we to be held back forever with one phase of Indian painting that is the most common way? Are we to be herded like a bunch of sheep, with no right for individualism, dictated to as the Indian has always been, put on reservations and treated like a child and only the White Man knows what is best for him…?”

War Dancer was purchased from the artist by Jeanette Lusk. Lusk was a longtime Huron resident, owner of the Huron Daily Plainsman, and first President of the South Dakota Art Museum Board of Trustees. The painting descended in her family and the Museum purchased it in 2016. 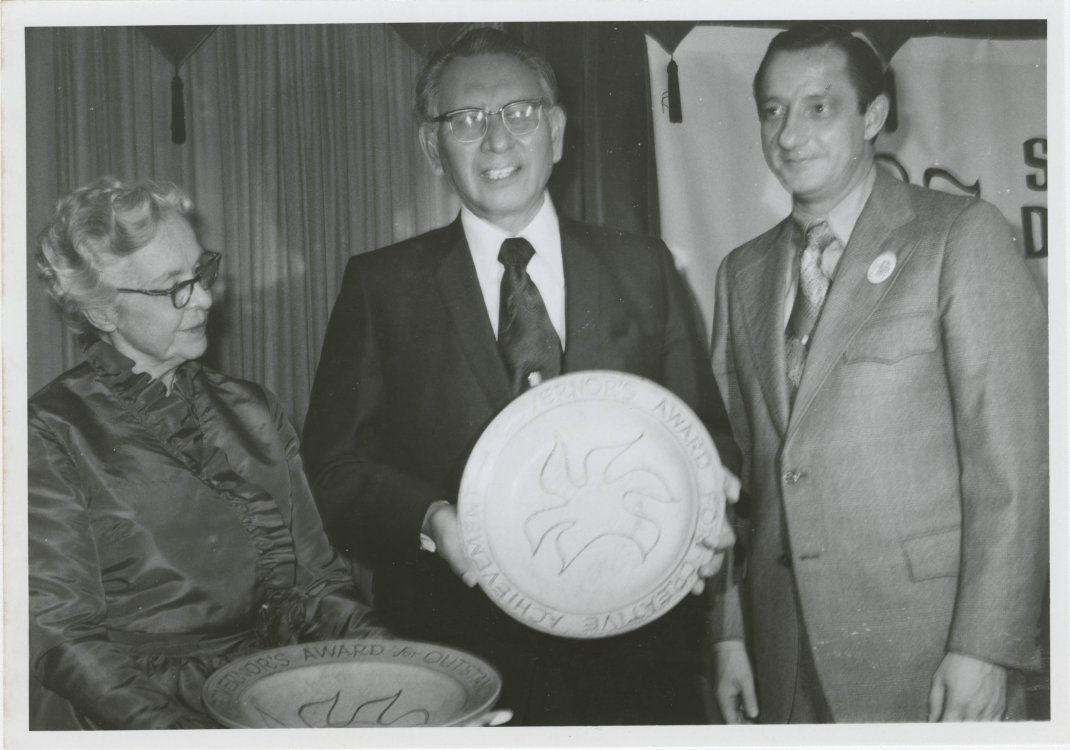 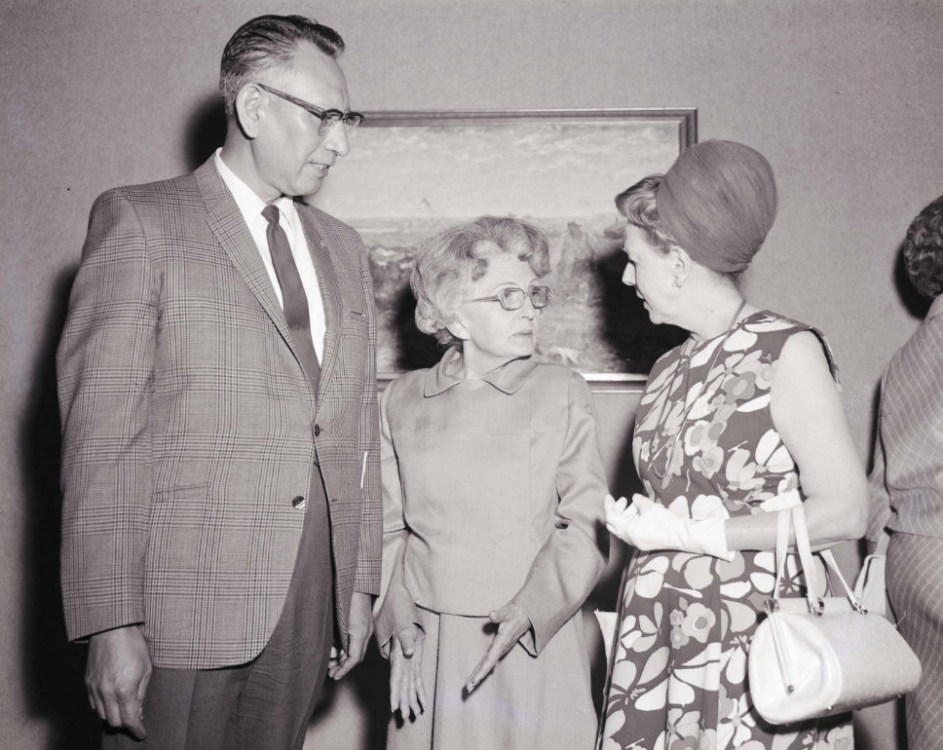