Keeper of the Darkness

Roger Broer was born in Omaha, Nebraska, in 1945. The economic hardships of his family led to his removal from his Oglala Lakota mother and his placement in an orphanage. Broer was adopted at two years old into a family of a German blacksmith and raised in rural Randolph, Nebraska.

He pursued a reconnection with his Indian heritage – a spiritual learning process to awaken things already known. After military service, he returned to South Dakota to spend time with relatives on the Pine Ridge Reservation. In 1971, his formal art education began at the age of twenty-six when Broer enrolled at Eastern Montana College. After receiving his Bachelor of Arts with Extended Fine Arts Degree, he earned credits toward a master’s degree in fine arts at Central Washington University. He has worked full-time as an artist since 1979.

During his career, Broer has received over 50 awards in National Shows, including the Northern Plains Tribal Arts and Northern Plains Indian Market, Trail of Tears Show and the Red Cloud Show. In addition, he conducts workshops throughout the United States. Broer has displayed his artwork in more than 35 one-man shows and over 100 group shows. His paintings are featured in both national and international collections including the Department of Interior, Washington, D.C. and Pierre Cardin, Paris, France.

About his works, Roger Broer states, "I think, sometimes, when I am alone, usually when I am making art, about the elements in nature around me.  I like to ponder relationships. How everything has its own significant place… how everything is somehow related to everything else. How…. most importantly, we don’t readily understand these relationships, yet if one element is missing, an emptiness exists." 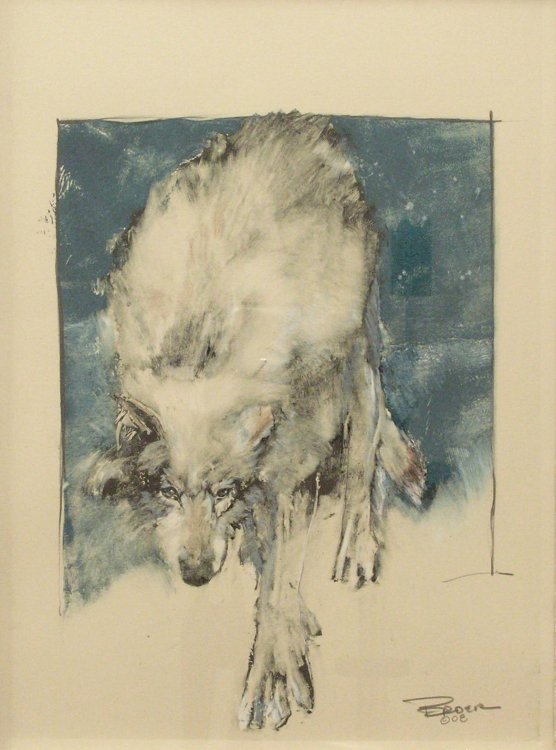