Scarlet, a found object sculpture by Jerry Ross Barrish (b. 1939) of San Francisco, California, was included in Dames, a 2002 exhibition of his work at the South Dakota Art Museum. It was then purchased by Henry H. Corning, a friend of the artist, and donated to the permanent collection.

Barrish collects found objects, most often made of plastic, from the beaches, roads and recycling centers around his native San Francisco. He received his B.F.A. and M.F.A. from the San Francisco Art Institute, where he studied filmmaking. In the 1980s he wrote, directed and edited three feature-length narrative films: Dan’s Motel (1981), Recent Sorrows (1984) and Shuttlecock (1989). After taking part in an artist residency program in Berlin, Barrish returned to San Francisco where he unexpectedly found inspiration in the simple cast-off pieces that littered the local beaches. These materials became the focus of his art-making. He still lives and works in Pacifica, near San Francisco.

Former Director Lynn Verschoor remembered the Dames exhibition, “evolved as Jerry Barrish and I toured his San Francisco studio. The two-story structure is home to literally hundreds of colorful sculptures. It houses a menagerie of cats, dogs, birds and horses as well as a cast of characters including angels, musicians, movie stars and artists. We began the process by selecting some of Barrish’s favorite pieces. After several hours of looking and discussion, we decided to create Dames, an exhibition based on his depiction of women. The title Dames illuminates the humor and pathos embodied in these delightful figures. Barrish is a sensitive observer who communicates irony through the manipulation of cast-offs. These pieces are psychological portraits created through the subtle nuance of posture and body language.” 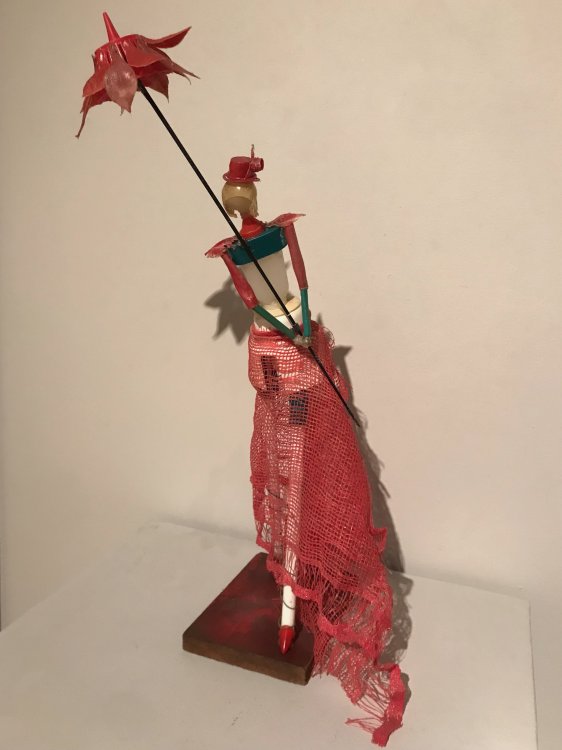 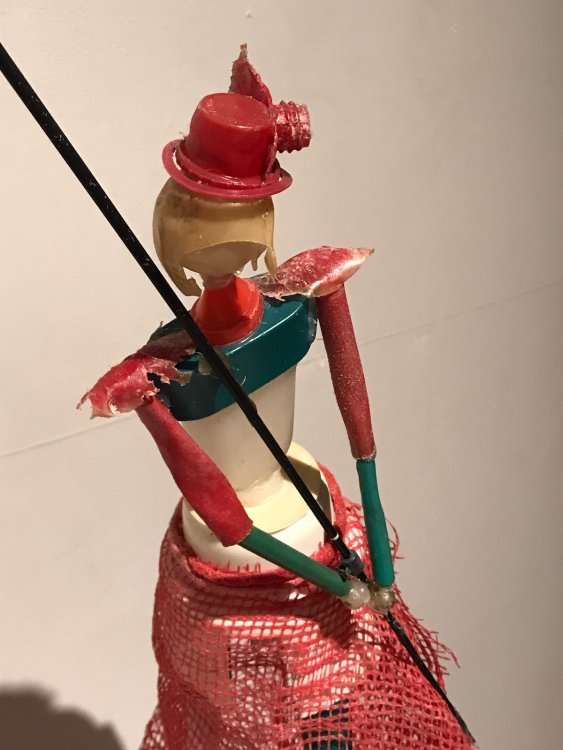