Julia A. Day (b. 1965) and Bob H. Miller (b. 1953) featured in the inaugural show. The exhibition signaled that the Museum was entering a more contemporary focus in the 21st century. Julia Day received her B.A. in sculpture at the University of South Dakota where her father John A. Day was the longtime director of the art department and University gallery. She completed her MFA in sculpture from Louisiana State University and currently lives in Washington.

An excerpt from her artist’s statement at the time reads:

"My work is an ongoing investigation of the cause and effect of experiences and the relationship of experience to intellect, biology, heredity and environment. The figurative references in the pieces stem from two direct sources: first, the pervasive body-consciousness of our culture, and second, a deep personal connection to humanitarian values and concerns which has been an equally defining characteristic of my identity…

The physicality of the pieces and their awkward, imperfect natures speak of humanity, empathy, compassion, strength and weakness. Some pieces appear to have created themselves partly as a result of their own use."

Sucker exhibited in that inaugural show and was a later gift from the artist. Day said the sculpture represents a “ridiculous or dysfunctional system that gives evidence of having been used and misused. We question the history of this contraption, which appears simultaneously familiar and strange.” 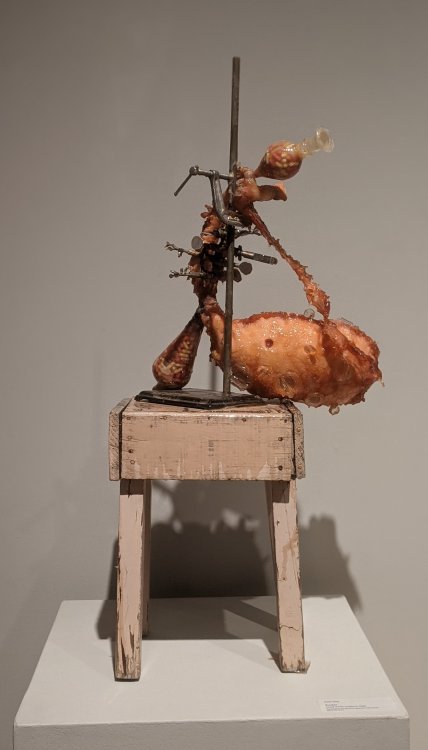 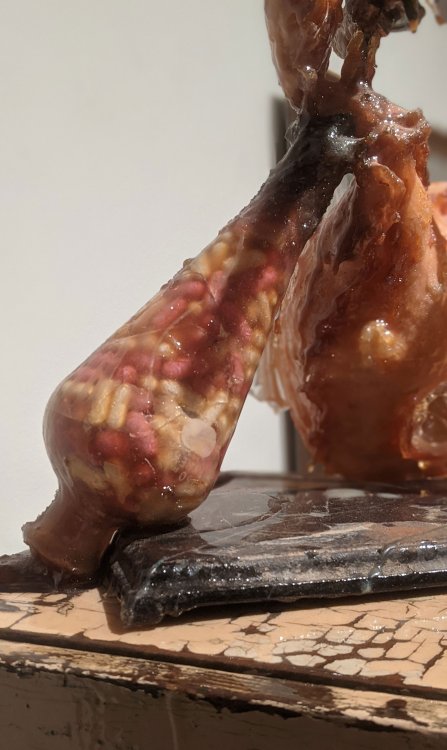 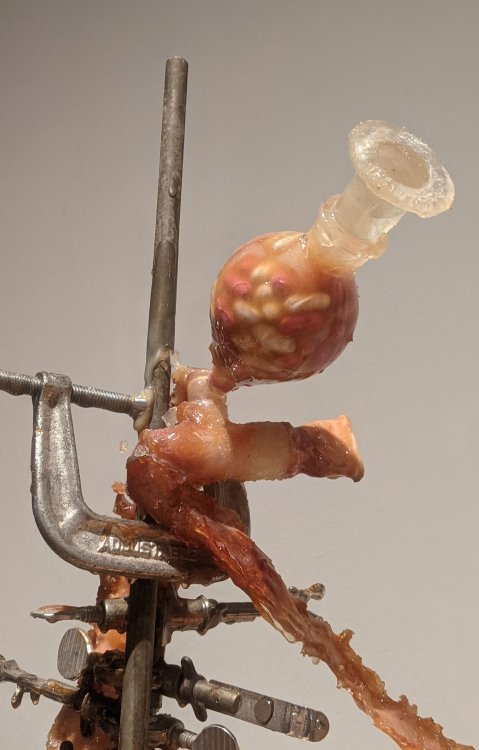 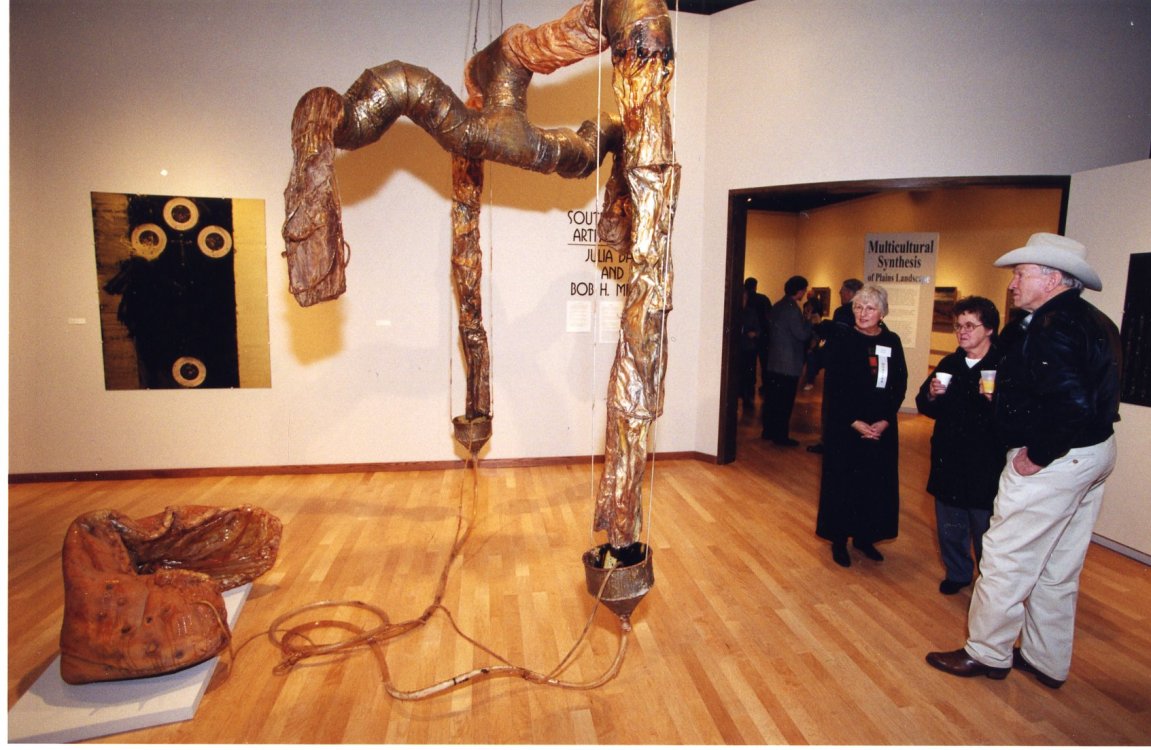 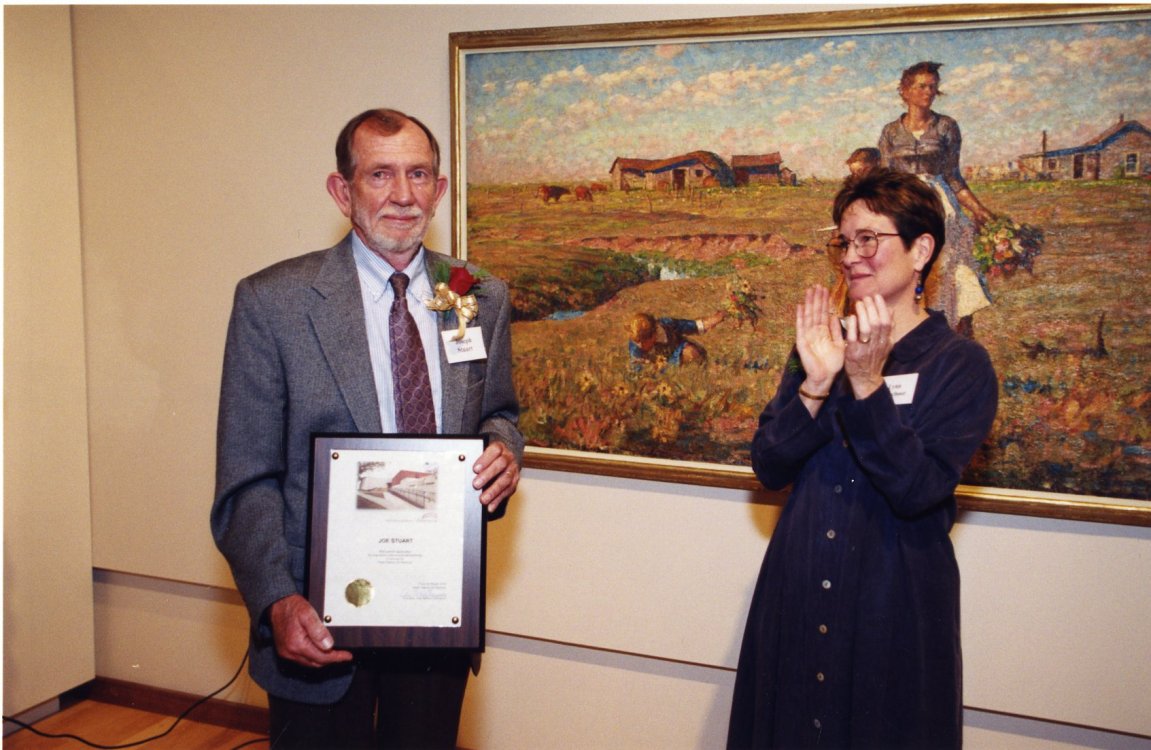 Joseph M. Stuart, Director of the South Dakota Art Museum from 1971-1993, receives a plaque from Lynn Verschoor at the Museum’s rededication in December 2000. 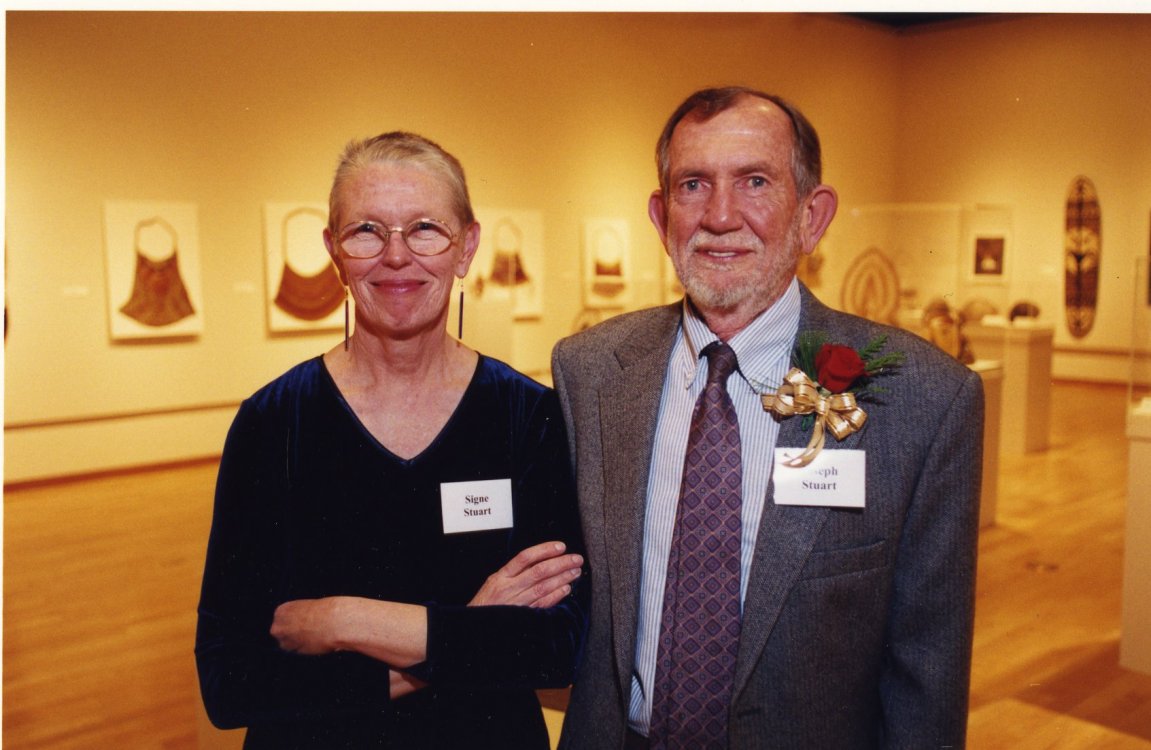