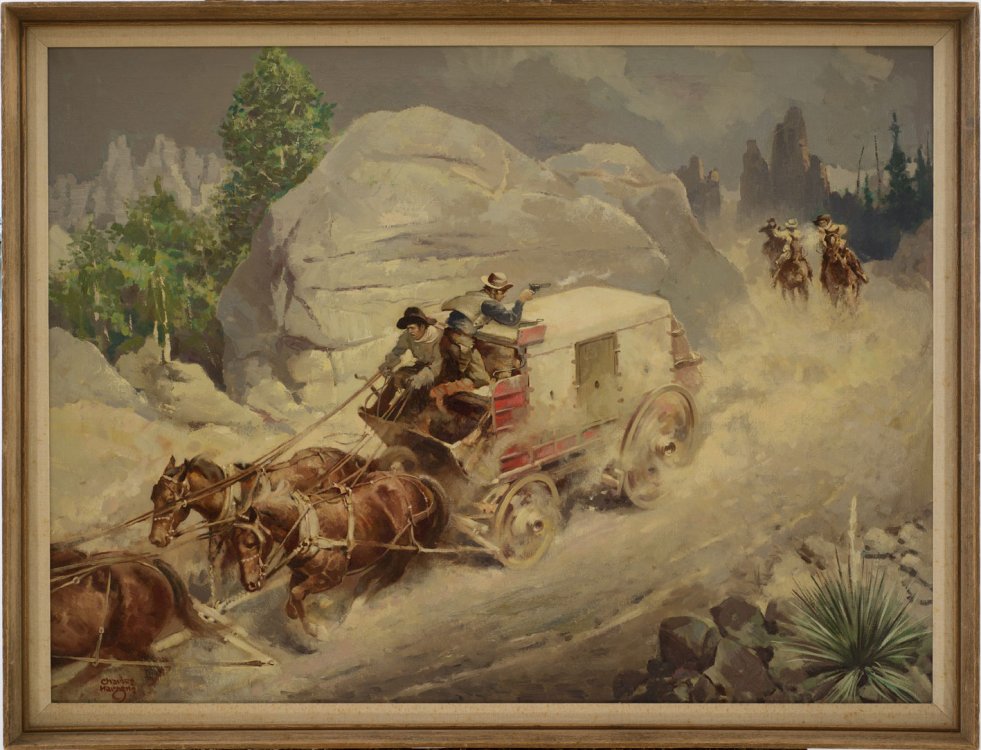 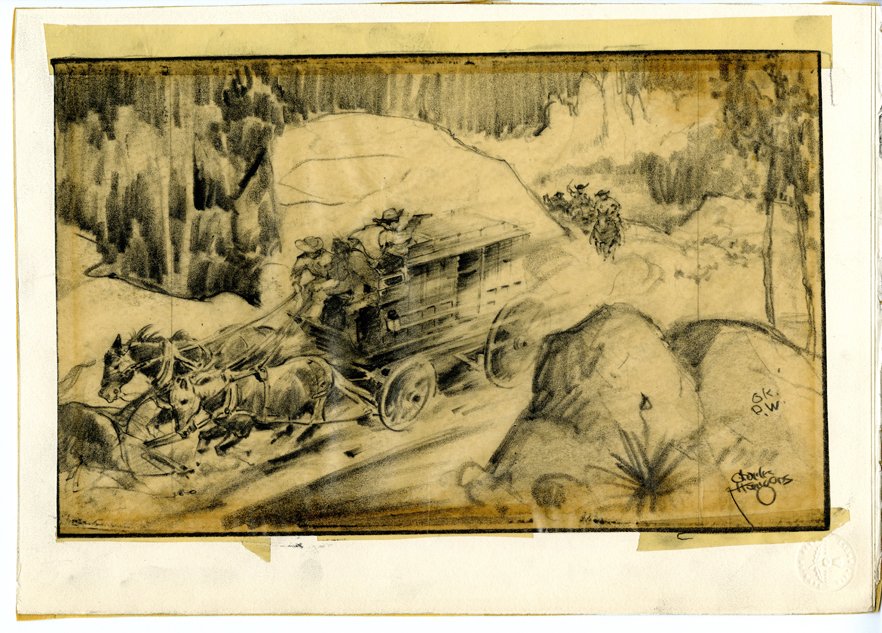 Sketch for painting used as the book jacket for "Treasure Coach" from Deadwood. Inscriptions include the following: on the front "OK DW" and on the back "The Original Sketch Submitted for approval." 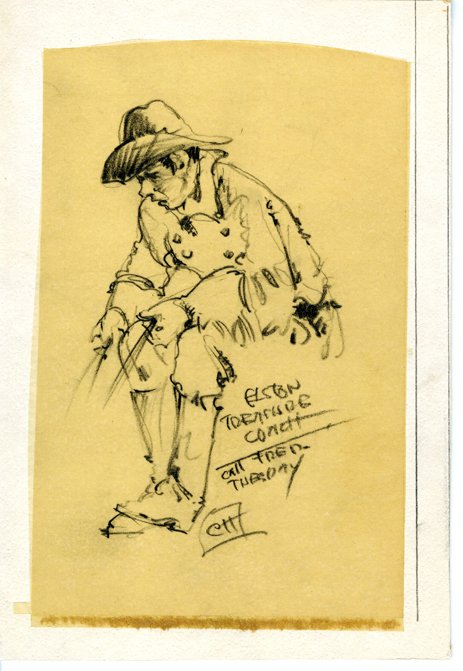 Sketch of a coach driver for the book jacket of "Treasure Coach from Deadwood." "Call Fred Tuesday" and something not legible are the inscriptions on the front in the lower right quarter of the paper. 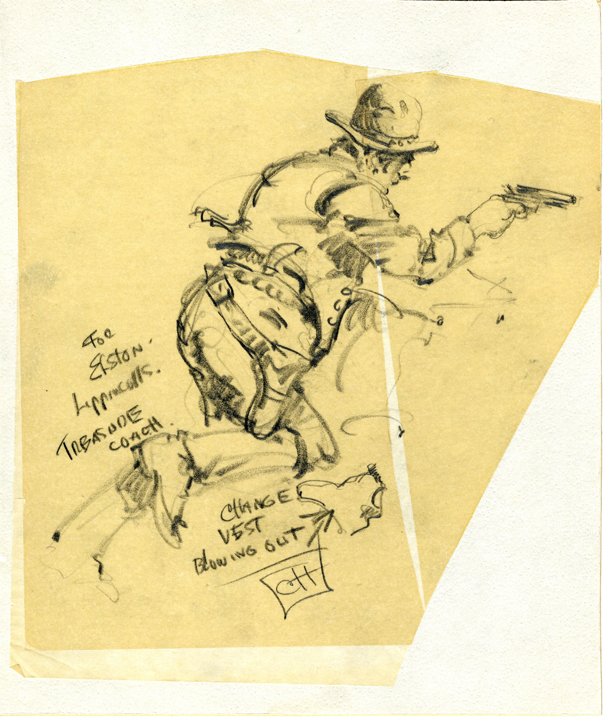 Sketch used as study for the book jacket of "Treasure Coach from Deadwood." Inscriptions: "For Elston Lippenscotts Treasure Coach" and "Change vest blowing out." On back "From model D" in inscribed.

Charles Hargens (1893-1997) painted this cover illustration for the book Treasure Coach from Deadwood by Allan Vaughan Elston in 1962. The artist gifted his preliminary sketches for the painting to the museum in 1997 and his son donated this painting in 2000.

Hargens was born in Hot Springs, SD and spent much of his childhood in Council Bluffs, IA.  As a child, he received painting lessons from the Omaha portrait painter, Albert Rothery, in exchange for odd jobs, and would spend entire days at the Art Institute of Chicago while accompanying his father on business trips to the city.

Hargens studied at the Pennsylvania Academy of Fine Arts in Philadelphia and received the distinguished Cresson Fellowship to study abroad in Paris. He moved to Bucks County, PA in 1940, where he worked for the rest of his life. He regularly returned to Hot Springs, spending time at rodeos and visiting the Pine Ridge Indian Reservation. Hargens believed the work he created while in South Dakota “had an authentic look which could be obtained in no other manner.”

He is renowned for his scenes of the Old West. His prolific outputs included illustrations for over 300 books, 3,000 magazines, and many advertisements.

Hargens was the recipient of an Honorary Doctorate in Fine Art from Dakota Wesleyan University in Mitchell, SD in 1982.  He had a long friendship with Leland Case, founder of the Friends of the Middle Border, Inc., and editor of The Rotarian. Case encouraged Hargens to donate his works to the Friends of the Middle Border Museum (now Dakota Discovery Museum) in Mitchell, where a substantial collection of his work is now housed.