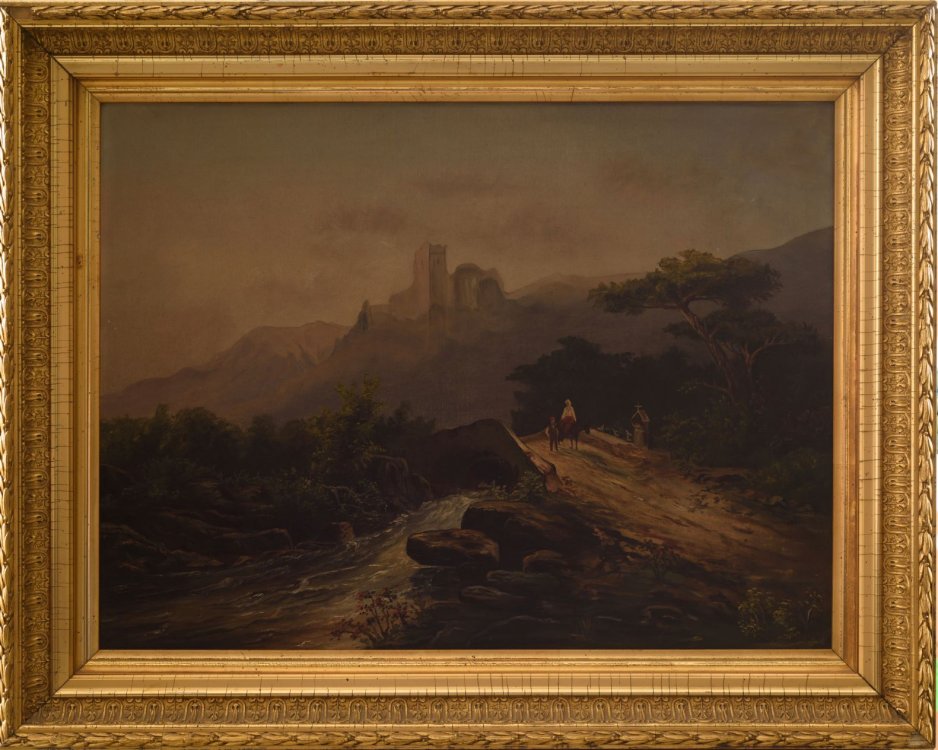 John Banvard (1815 – 1891) became an international figure with his Gigantic, Original, Moving Panorama of the Mississippi, Missouri and Ohio Rivers, shown during 1846 to 1852 in such cities as Louisville, Boston, New York, Liverpool, Manchester, Bristol, Bath, London and Paris, and before such dignitaries as Queen Victoria, Prince Albert and friends at Windsor Palace.

Banvard returned to America a wealthy man, built “Glenada” on Long Island, and established what became Daly’s Theatre in Manhattan. “Glenada” appears in many of his paintings, including The Castle, usually in an imaginary European setting.

He lost his fortune in the Panic of 1877 and in 1880 moved to Watertown, South Dakota, where a son lived. There he painted, produced a diorama of moving paintings, sounds, and lights, The Burning of Columbia, and wrote poetry under the pseudonym Peter Pallette.

Visit this link to learn more about John Banvard, The Three Mile Painting, and his South Dakota ties.