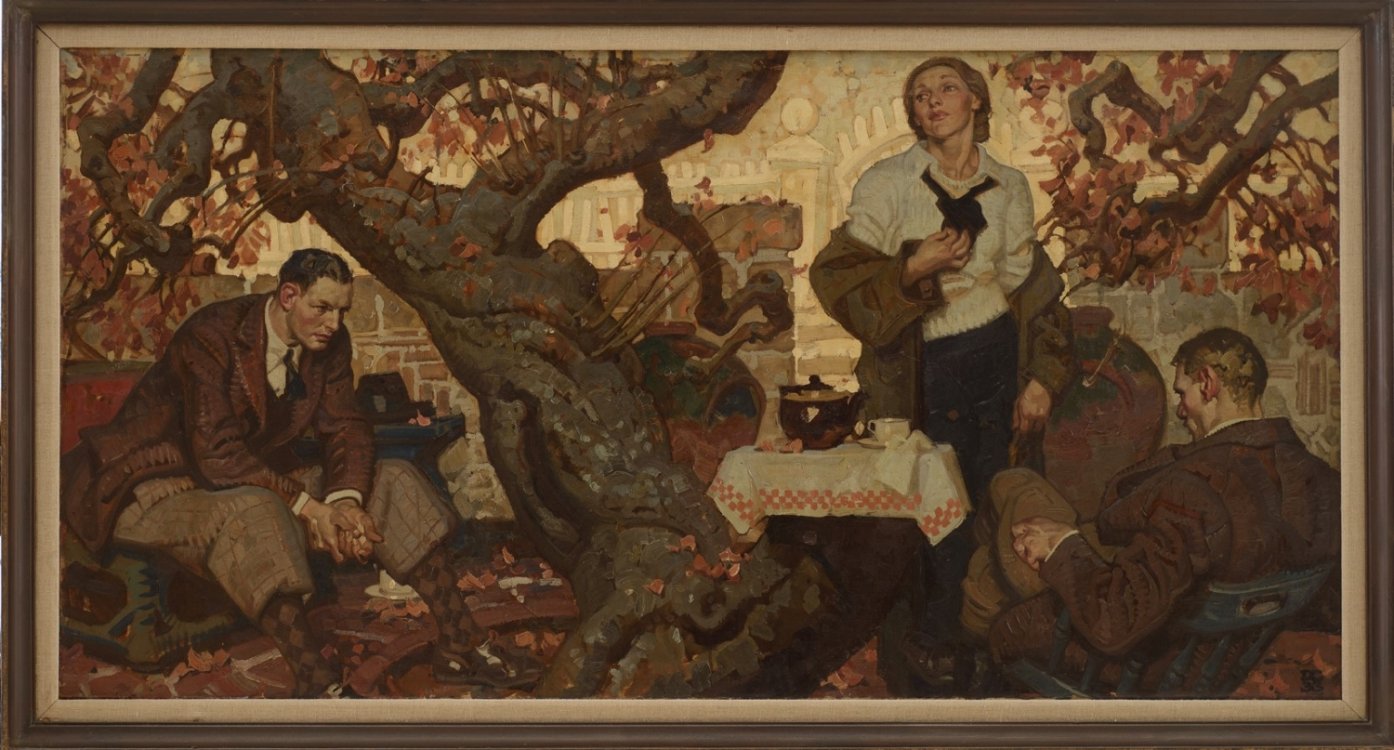 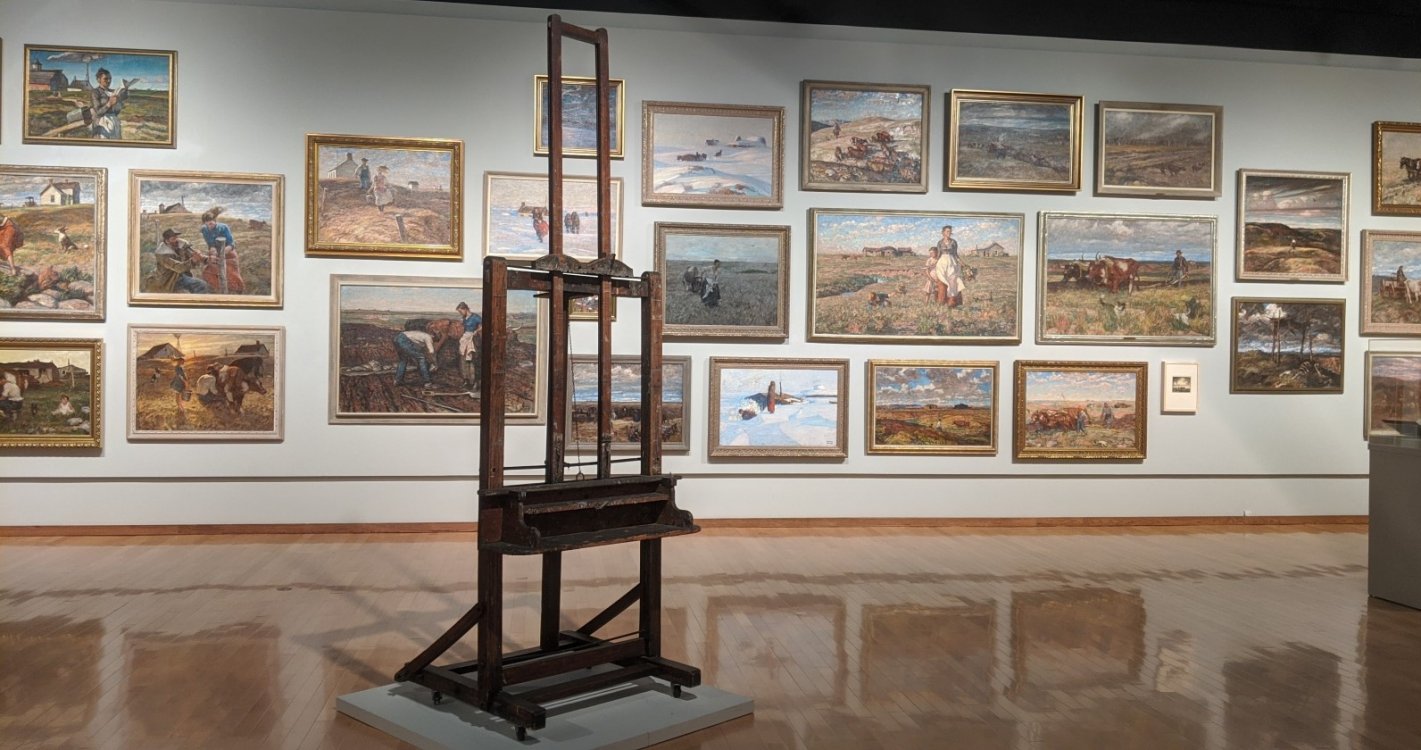 After Harvey Dunn’s death in 1950, Dunn's widow gifted his easel to Dean Cornwell. Cornwell used the easel until his own death in 1960, when it was gifted to South Dakota State University. It is currently on display in ALL DUNN: The Complete Harvey Dunn Collection (through August 15, 2021).

Known as “The Dean of Illustrators,” Dean Cornwell (1892 – 1960) was a Kentucky native who took part in an intensive three-month painting workshop led by Harvey Dunn in Leonia, New Jersey in 1915. He went on to become a major presence in the illustration field throughout the first half of the 20th century. Cornwell also studied mural painting in England under Frank Brangwyn and completed several major murals of his own in the United States.

Cornwell learned how to paint a feeling from Dunn, who said, “Take the subject of a man in despair. Let the sky be lowering, weeping in sympathy, the hill will be bleak and barren and shrubbery and tree bending with the same grief. This is a mood.” This teaching is evident in this painting, which illustrated Warwick Deeping’s 1933 story “Seven Men Came Back” in Cosmopolitan Magazine.

Marion Kaye, the widow of Dunn student Stanley Kaye, donated important works to the South Dakota Art Museum collection in the 1980s, including this Cornwell painting and Dunn’s The Visit and Empty Rooms.

Learn more about Harvey Dunn’s teaching, Dean Cornwell and his peers through this video, produced for the traveling exhibit Masters of the Golden Age: Harvey Dunn and His Students (2015-2016). Thanks again to the exhibit sponsor, First Bank and Trust.