Robert Lee Penn (1946-1999) primarily grew up on the Winnebago and Rosebud Reservations in Nebraska and South Dakota. Here received his BFA from the University of South Dakota in 1972. There he spent five formative years under the tutelage of Oscar Howe. Penn displayed an amazing facility with paint, working in both figurative and abstract manners and across media with ease.

About his work, Penn stated, "Abstraction of symbols and themes can re-interpret and integrate the modern world as seen from an Indian viewpoint without strict adherence to traditional art forms and can transcend both worlds to become contemporary modern art as well as a cultural statement. I am constantly aware of the danger of being typecast as far as subject matter goes; there is far more to my vision than just recreating pictures of the past. Art has always been my central issue... it is also my biggest prayer.” This painting is from an early autobiographical series by Penn. During his youth, Penn was shuttled from family to family, at one time living in Chicago. Torn between two cultures, he was obliged to adopt two patterns of behavior and, in the end, two personalities. He expressed this dilemma in the "Urban Indian Series" with the divided canvas and double image. The left side shows an image of Chicago from his youth; at the right is his Dakota grandmother emerging from a tipi.

Penn was inducted into the South Dakota Hall of Fame in 1998, resulting in this thoughtful profile biography.. 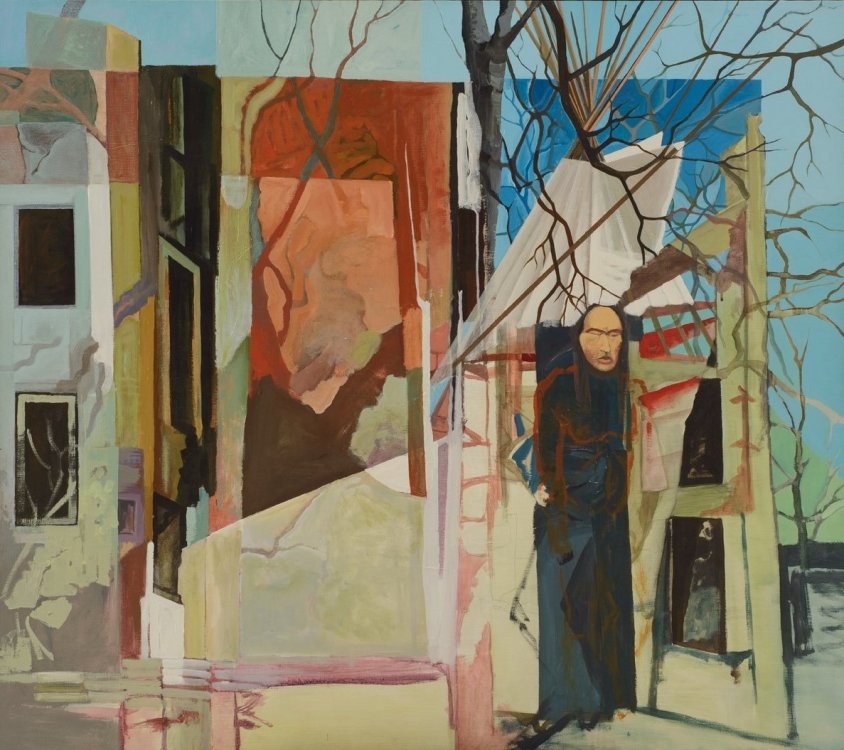