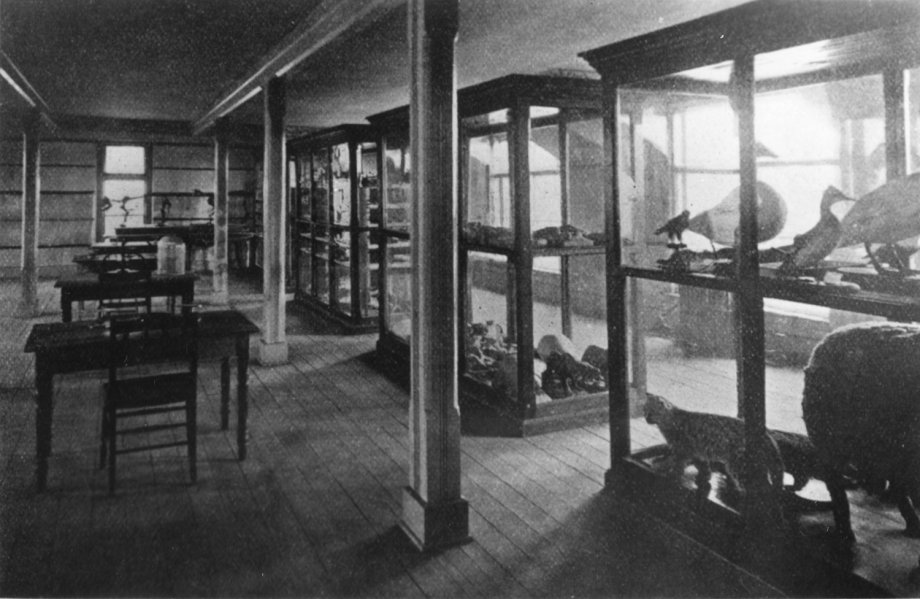 1884:  Professor W.H. Orcutt appointed chairman of the museum at South Dakota Agricultural College and Mechanical Arts.  It started as a zoological collection and grew to encompass the college history.

1967:  SDSU President Hilton Briggs asks Ralph E. Johnston to gather the collections of “museum related items” for a museum to be known as the “Museum and Heritages Center”.

1968:  The museum opens in the basement of Wenona Hall.  Prior to 1968 the museum was in several different locations including the Botany building and old South (Extension). 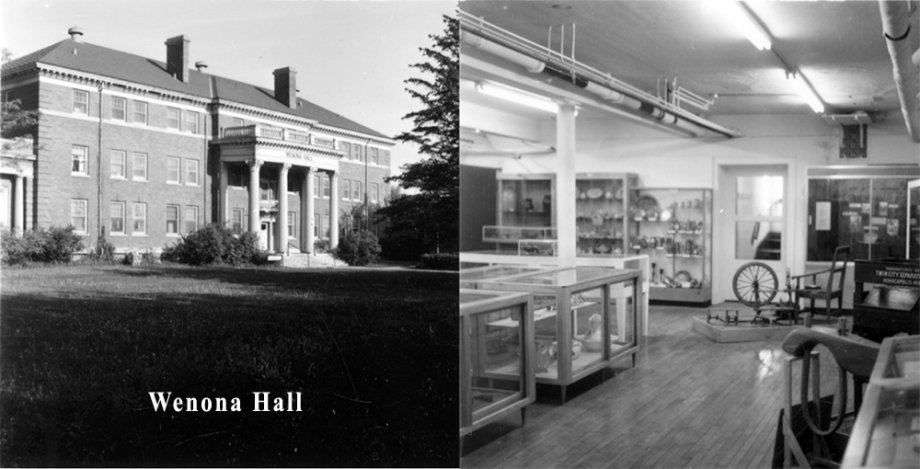 1972:  Henry DeLong was asked to replace Ralph Johnston as curator of the museum.  Henry was the former Chairman of the Agricultural Engineering Department and brought a strong agricultural history interest to the museum.

1973:  Governor Kneip reorganizes state government and creates the Office of Cultural Preservation.  Part of the office’s duties is to manage university museums across the state.  The Robinson Museum (Pierre), the W.H. Over Museum (Vermillion), and the Smith Zimmerman Museum (Madison) are transferred to the new office.  The School of Mines Museum and the South Dakota Memorial Art Center declined association with the new office.  The Museum and Heritages Center was totally missed in this initial reorganization.

1975:  Members of the Museum and Heritages Center Advisory Committee meet to request funding from the Office of Cultural Preservation.  They refined the mission of the museum to become the “Museum of Agriculture”.

1976:  The museum budget grew from $1000 from SDSU to $10,000 provided by the Office of Cultural Preservation (appropriation from the State Legislature for this museum).  John Schmalenberger was hired as the first museum director. 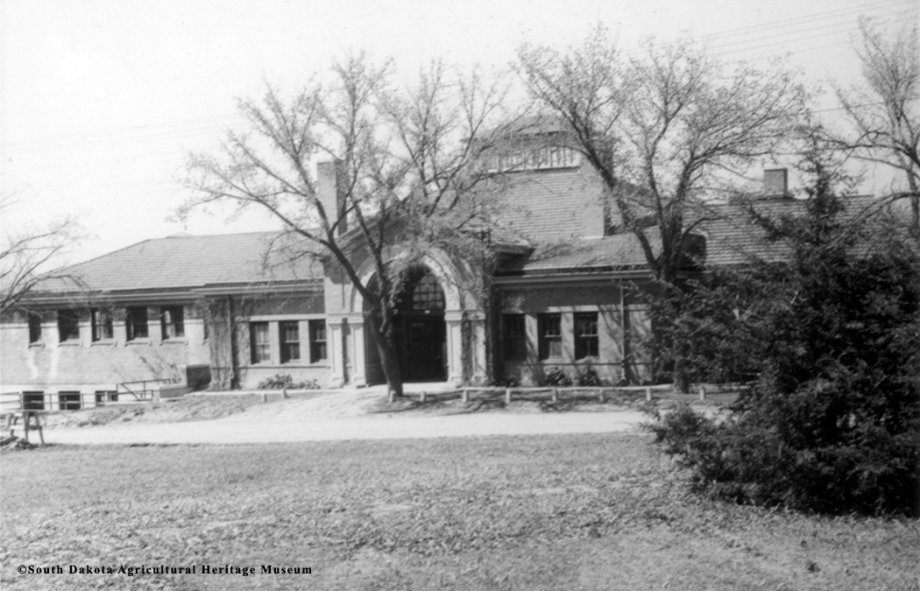 1976:  The advisory committee recommended a name change for the Museum of Agriculture to the Agricultural Heritage Museum.  Their concept for the museum was that it would be more than a museum of bigger and better technology, it was to represent agriculture as a science and a humanity.

1976:  Ralph Johnston secures the old Stock Judging Pavilion from President Briggs for the development of the Agricultural Heritage Museum.  The pavilion would be leased by the Office of Cultural Preservation from SDSU.  It was agreed that the museum would bring the pavilion up to standards and that the university would then maintain those standards.  The security system has been the only exception to this agreement.

1976:  Kock-Hazard Associates of Sioux Falls was selected to conduct a feasibility study for the use of the old Stock Judging Pavilion as the new Agricultural Heritage Museum.  Use of the pavilion would include restoring the outside of the building to its 1925 appearance.  The pavilion was built in 1918 with the West wing being added in 1925.

1977:  John Awald was hired to replace John Schmalenberger as director of the museum.

1977:  The advisory committee requested that the State Legislature appropriate $130,000 for Phase I of the renovation of the pavilion. Senate Bill 71 was tabled in committee and no further action was made. 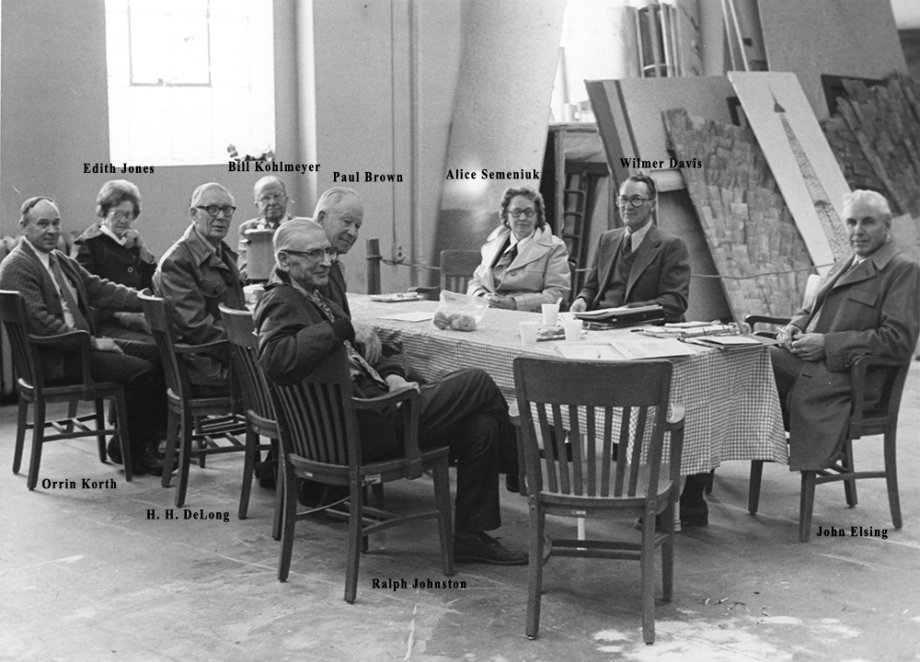 1978:  Richard Teubert was hired as the museum’s first curator of exhibits.

1978:  The old Stock Judging Pavilion was placed on the National Register of Historic Places.

1979:  The advisory committee requested $375,000 from the State Legislature.  They appropriated $100,000 in Senate Bill 172.  The Heritage Conservation and Recreation Service of the National Park Service granted marching funds totaling $76,592 to assist with those parts of the renovation considered to be restoring the pavilion’s historic appearance.  Phase II restored the clay tile roof with insulation and replaced the electrical service throughout the building.  The advisory committee provided $6,250 in other funds to complete the project.

1995:  State Agricultural Heritage Museum was transferred from the Department of Education and Cultural Affairs to the Board of Regents.