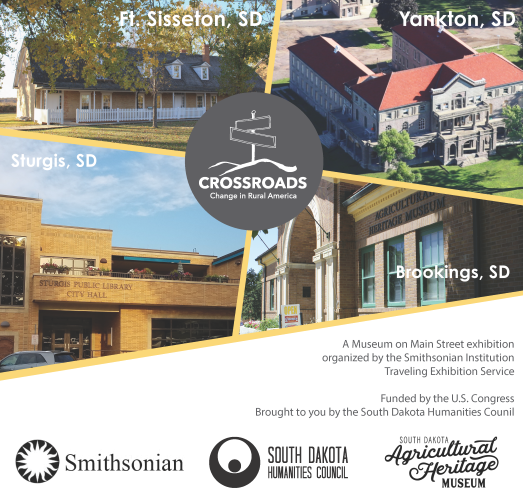 Many Americans assume that rural communities are endangered and hanging on by a thread—suffering from outmigration, ailing schools, and overused land. But that perception is far from true in many areas. Many rural Americans work hard to sustain their communities. Why should revitalizing the rural places left behind matter to those who remain, those who left, and those who will come in the future? All Americans benefit from rural America's successes. We can learn great things from listening to those stories. There is much more to the story of rural America!

Crossroads: Change in Rural America offers small towns a chance to look at their own paths to highlight the changes that affected their fortunes over the past century. Despite the massive economic and demographic impacts brought on by these changes, America’s small towns continue to creatively focus on new opportunities for growth and development. Economic innovation and a focus on the cultural facets that make small towns unique, comfortable, and desirable have helped many communities create their own renaissance. The future is bright for much of rural America as small towns embrace the notion that their citizens and their cultural uniqueness are important assets. 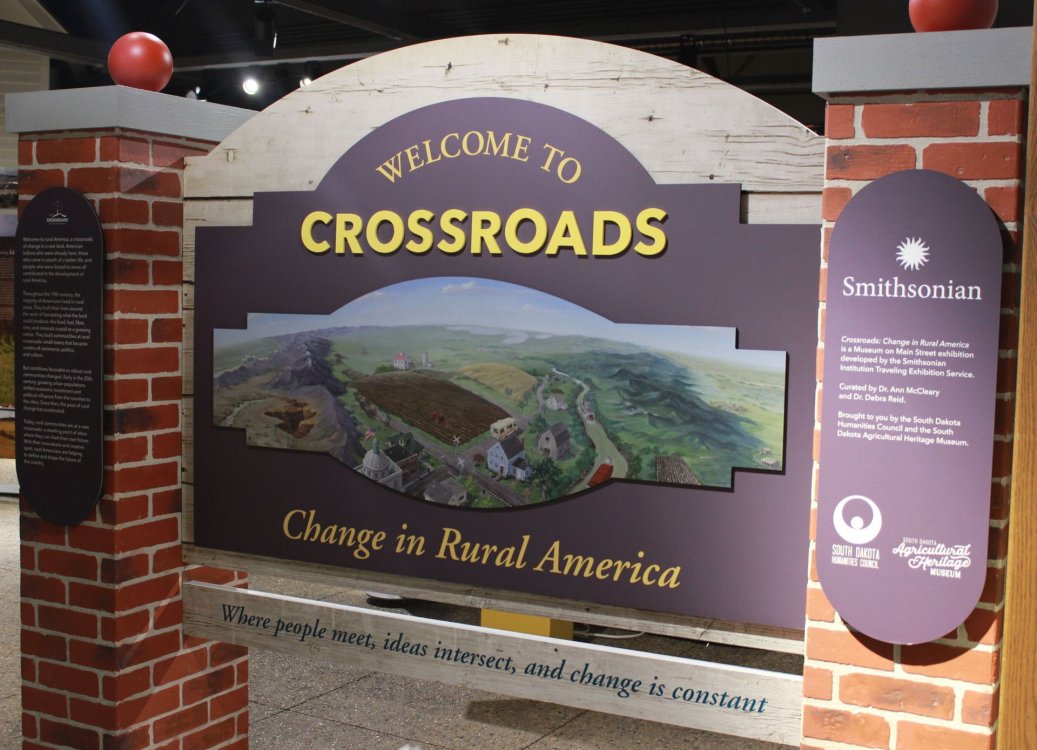 Crossroads: Change in Rural America offers small towns a chance to look at their own paths to highlight the changes that affected their fortunes over the past century. The exhibition will prompt discussions about what happened when America’s rural population became a minority of the country’s population and the ripple effects that occurred. 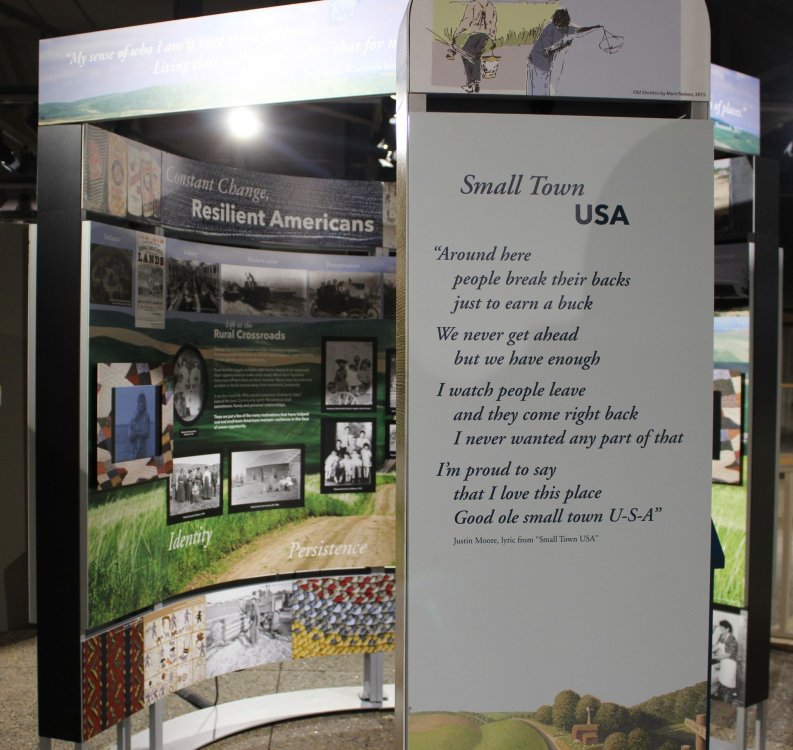 Rural identity—so deeply rooted in the land—has profoundly shaped American identity. Family farms, country roads, and small-town Main Streets are both real and imagined places; they are crossroads of competing visions of rural life. What is your perception of rural America? 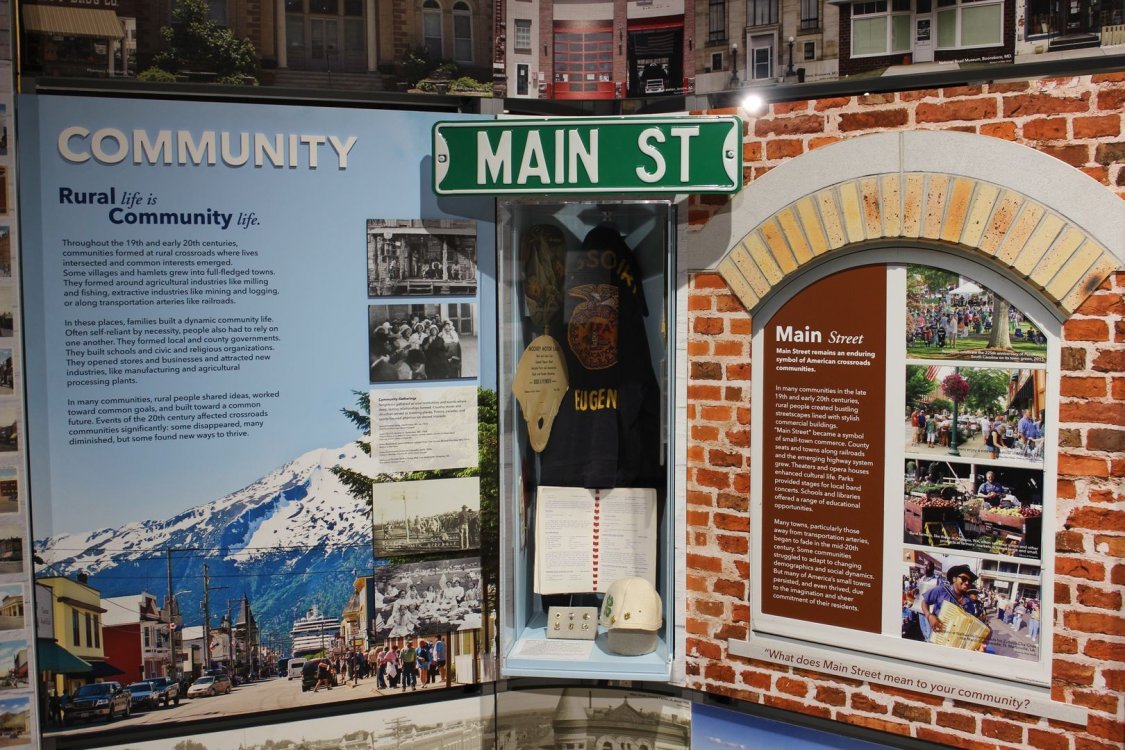 A sense of community first began to form at rural crossroads where lives intersected and common interests merged. Rural people exchanged ideas, worked toward common goals, and built toward a common future. They built powerful, dynamic communities. But events of the 20th century changed the conditions so favorable for crossroads communities: some failed, some diminished, some found new ways to thrive.