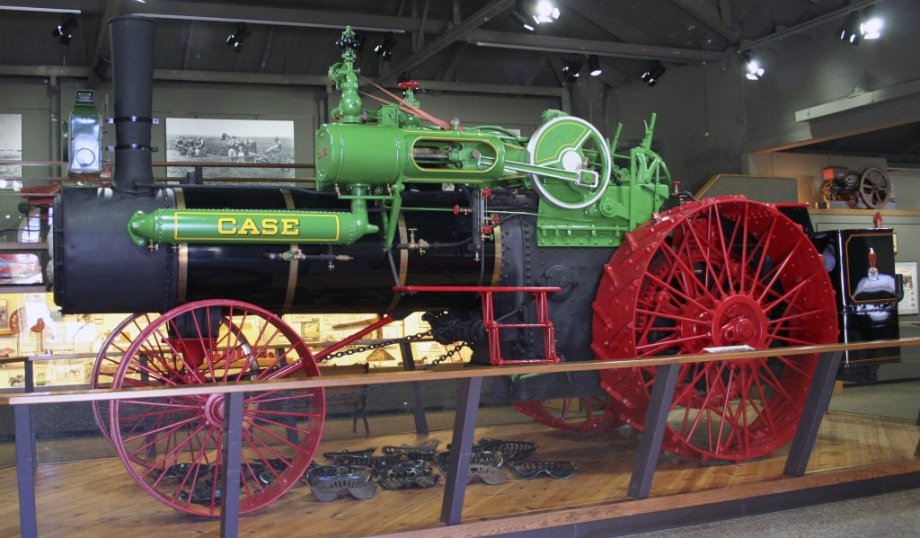 The agricultural giant back in the late 19th and early 20th centuries was the steam engine. As a typical general-purpose tractor, the Case 65 horsepower steamer was adaptable for almost any heavy-duty farming operation. Steam engines were originally brought out to the Midwest to break up the sod and turn virgin prairie into fertile farming ground. It easily handled a 6 to 8 bottom plow. Steam engines also powered many a threshing crew and were capable of operating the largest threshing machine of the time – the Case 40x62.

The steam engine was rated a 65 belt horsepower and 40 drawbar horsepower. It had a maximum speed of 2.4 miles per hour. Its weight without water is 20,600 pounds.

The Agricultural Heritage Museum's 65 hp Case was manufactured in 1915, serial number 33043. It spent its working life north of Watertown, SD. It features optional equipment purchased with the original engine including contractor's fuel bunkers and a fully-jacketed (northern) boiler.

The museum staff restored the engine between October 1982 and June 1983. The restoration has been ranked by the J. I. Case Company as one of the three finest restorations in the country.

Photos of moving the 1915 Case Steam Traction Engine into the Museum in 1982. 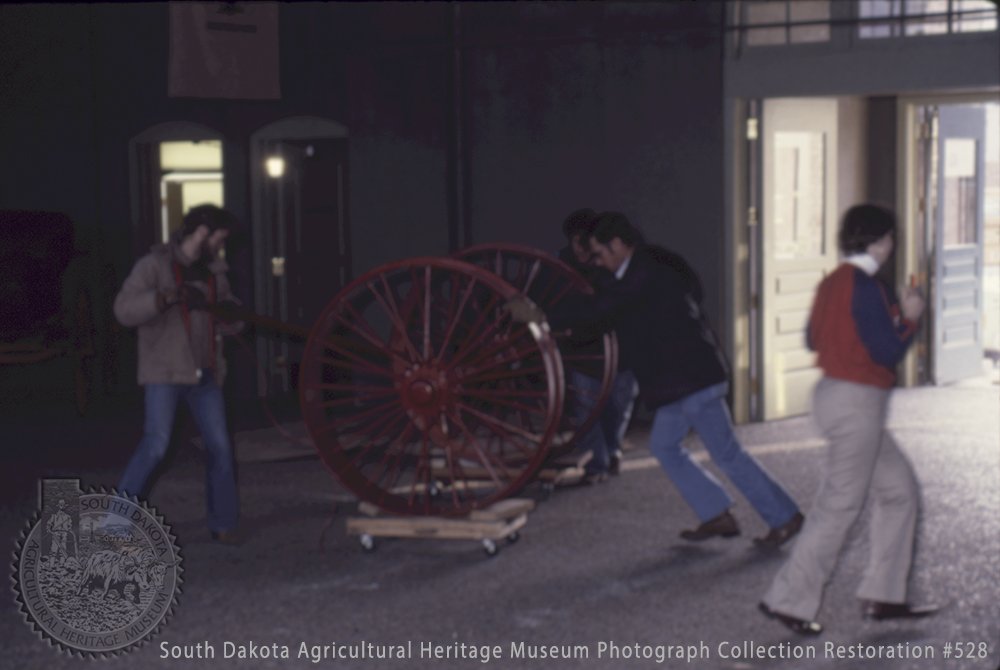 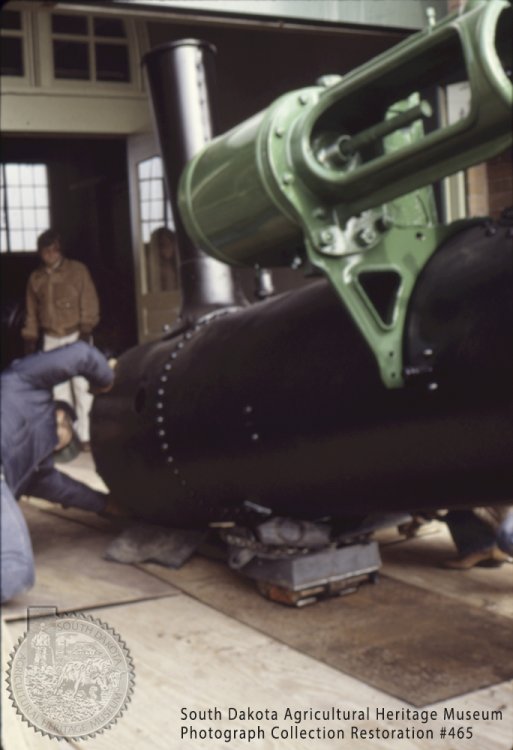 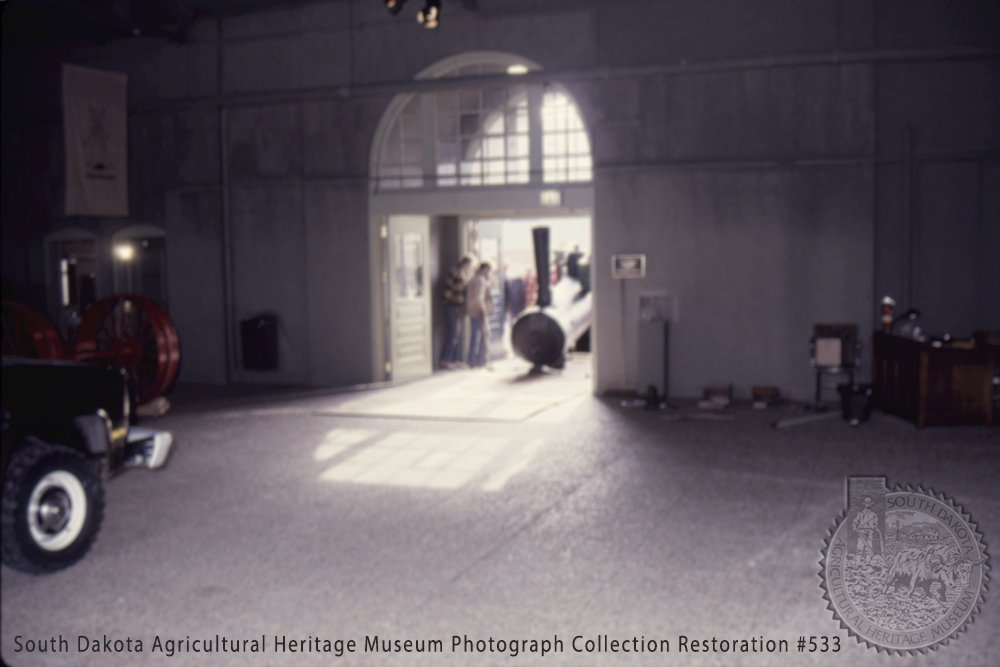 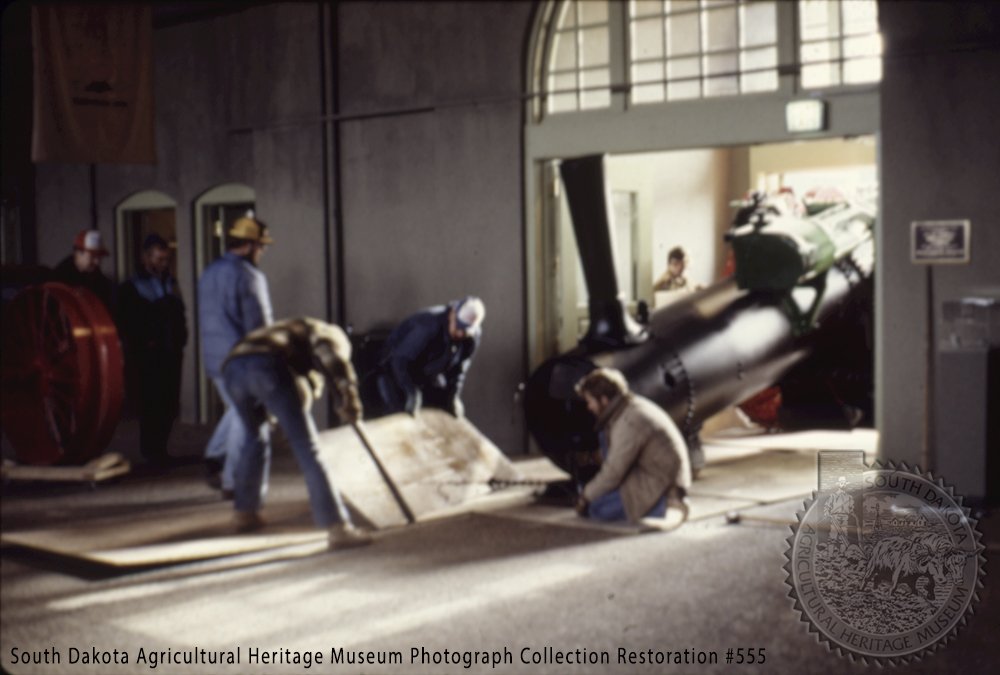 Plywood laid down to protect floor 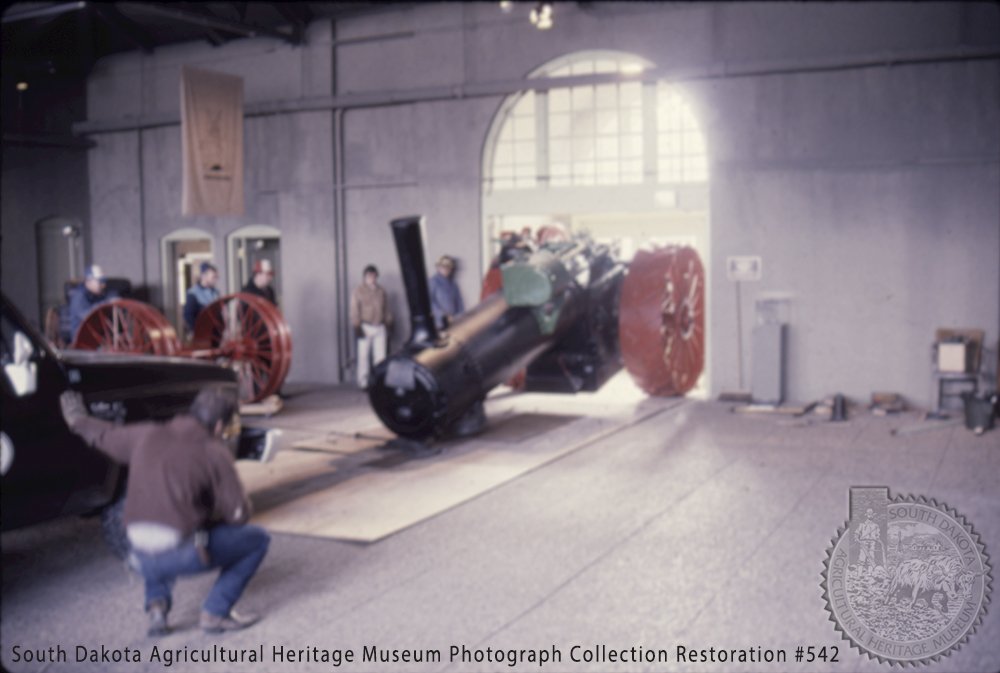 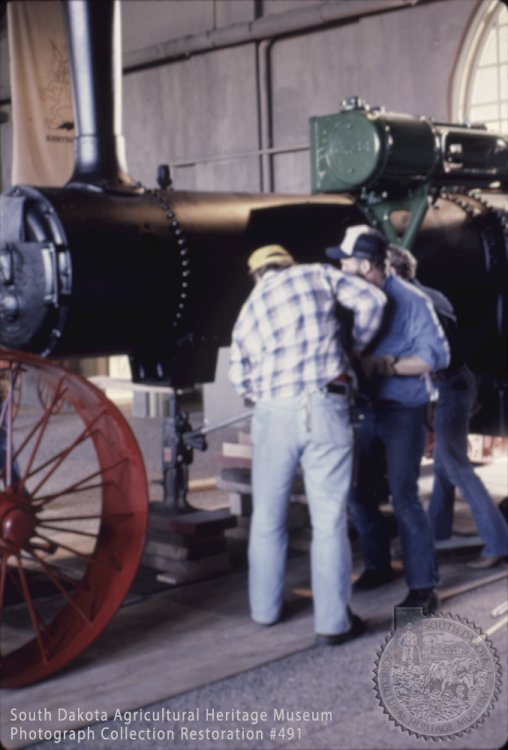