The Cottonwood Field Station was established in 1907 by the Agricultural Experiment Station at South Dakota State University. It initially consisted of 640 acres that the station headquarters are located today. The initial focus of the research in 1907 was crops and soils. In 1940 the station was expanded to its current 2640 acres when it acquired 2000 acres of federal land. An additional 1100 acres are utilized during the summer at Ft. Meade (30 miles north of Rapid City).

The vegetation at the Cottonwood Field Station is predominantly native plants of which are mostly cool season grasses. Western wheatgrass is the main species with needle and thread, green needle grass, and little bluestem also present. Buffalo grass and blue grama are the main warm season grasses. Introduced pastures of crested wheatgrass and Russian wild rye are also grazed.

We maintain a herd of about 150 Angus-Simmental cows that are utilized for our research programs. These cow calf pairs are summered and bred at Ft. Meade. In November after weaning, the cows are brought back to Cottonwood where they are wintered and calved out. Calving begins April 20. We also purchase about 150 yearling steers each year for our range research projects at Cottonwood.

Since 1907 the National Weather Service has maintained a "Climatological Bench Mark Weather Station". This is one of the oldest weather stations in South Dakota to operate on the same site on a continuing basis. Minimum and maximum temperatures are recorded daily along with precipitation and evaporation data. Soil temperatures at six different depths are also recorded.

Since 1983, Cottonwood Field Station has been has been a monitoring site for the National Atmospheric Deposition Program. Precipitation samples are collected on a weekly basis and field analyzed for pH and specific conductivity. Samples are then sent to the Illinois State Water Survey and analyzed for pH, specific conductivity, calcium, magnesium, potassium, and other compounds. 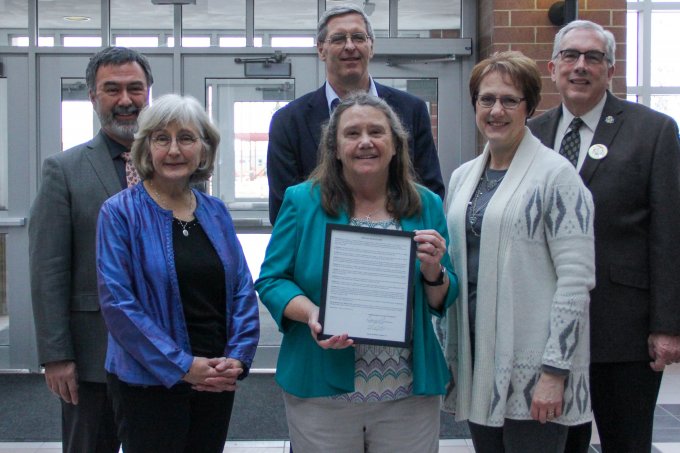 The second woman in the world to be hired into a range science faculty position, Patricia Johnson served as an essential educator and impactful researcher at South Dakota State University for 33 years.