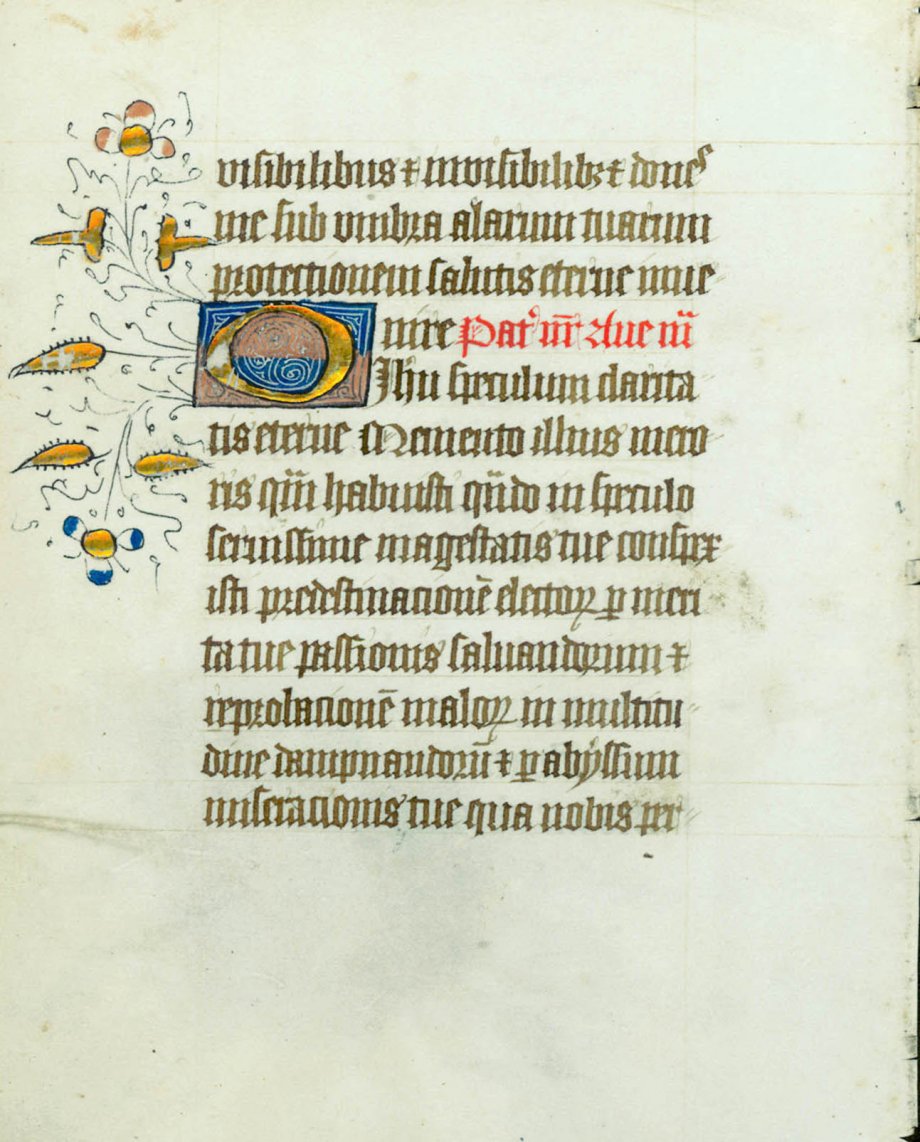 The collection includes four illuminated manuscript leaves and one incunabula leaf from the 13th to the 15th centuries. The pages consist of religious texts.

The leaves were acquired from the estate of Morris Elmer Nellermoe, Jr. (1926-2004) in 2008. Nellermoe was born in Detroit Lakes, Minnesota and graduated from Watertown High School (1944). He served in the Unites States Navy (1944-1946), and received a BA (1950) and an MA (1952) from the University of South Dakota.  He also studied at the Sorbonne in Paris, France, and the Internationale Musik Akademies in Salzburg, Austria. Nellermoe worked as a translator at various entities including the United Nations. He also taught foreign languages at Colorado State University.  Nellermoe purchased the leaves from Ferdinand Roten Galleries in Baltimore.

Illuminated manuscripts are hand-written pages often decorated with gold, silver, or bright colors. The paper used for these pages was made from vellum, which is animal skin, usually calf, sheep, or goat. Produced between 1100 and 1600, monasteries were the most prolific creators of illuminated manuscripts. The invention of the printing press and its ability to quickly produce printed text led to the end of this practice.

One of the oldest items in Archives and Special Collections, this leaf is from the Biblia Sacra Latina (Vulgate Bible) created during the 13th Century. It is handwritten on vellum, with red and blue chapter numerals and other ornamentation. The work contains wide margins and historiated initials.

Book of Hours: Hours of the Virgin Illuminated Manuscript Leaves 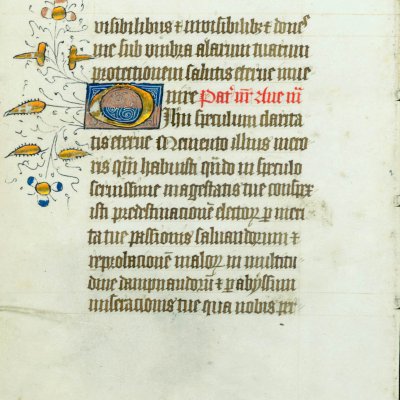 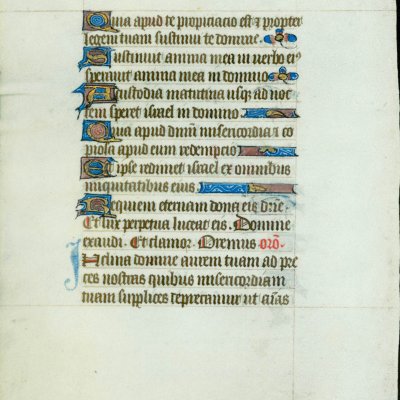 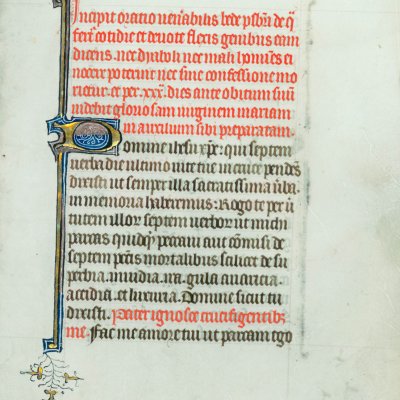 Leaf from the Hours of the Virgin. 1450. France

Incunabula Leaf of Pigouchet's Book of Hours (Use of Rome), 1496

Leaf from the Book of Hours (Use of Rome) that was printed by Philippe Pigouchet for Simon Vostre in Paris, France, 1496.