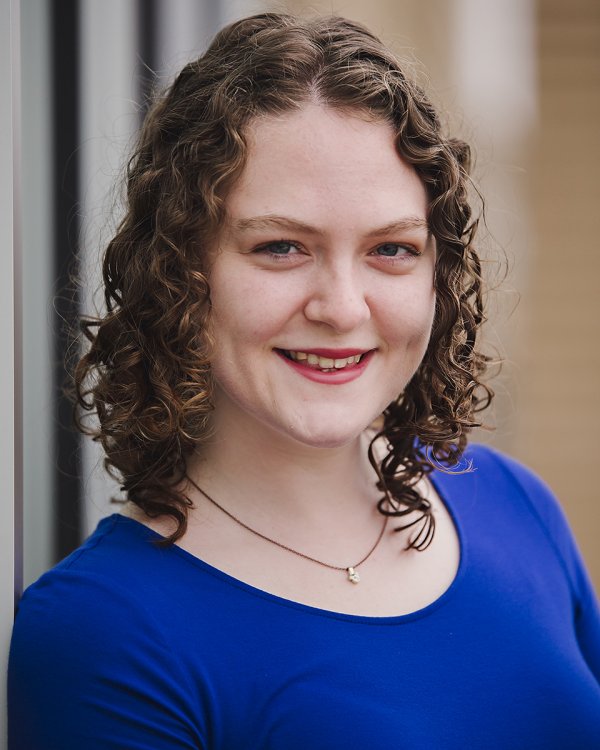 Why did you choose SDSU?
I chose SDSU because of the theatre program. It felt very open and welcoming, and I saw that there were a lot of opportunities within the different areas of theatre.

What drew you to your major?
I did theatre in high school which was when my love of storytelling really blossomed. I enjoy getting to be a part of bringing a production to life in order to share a story with the audience.

Who has had the greatest impact on your time at SDSU?
There have been many people that have impacted my time at SDSU. I feel like the people who have had the greatest impact on me though are my siblings. My brother and sister have also attended SDSU. They are both so supportive of all of the activities that I participate in, and they are also so willing to help me when I have questions about school. Both of them come to the theatrical productions that I am a part of to show their support.

What is your most memorable SDSU experience?
I have found the connections that I have made in the theatre department to be really memorable. I really enjoyed going to KCACTF last year with a group of theatre students and being able to build those friendships and appreciate theatre at the conference.

What activities have you been involved in on campus?
I have been involved in the theatre department, and I am currently the Stage Manager for our upcoming production. Also, I am a member of the honorary theatre fraternity, Alpha Psi Omega. I have also been involved within my dorm community as the President of our Hall Government. 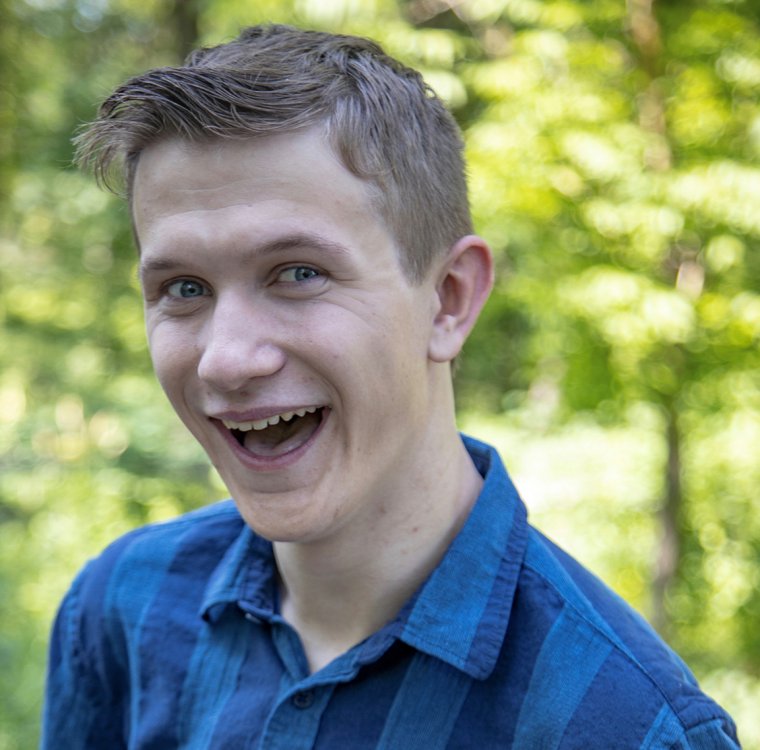 Why did you choose SDSU?
SDSU’s theatre program is *chef’s kiss.* I walked onto the Oscar Larson Performing Arts Stage and my breath was taken away. A fantastic experience. And one that truly made me want to come here.

What drew you to your major?
I’ve been an entertainer for my entire life. I have always told myself that my biggest goal in my journey is to entertain others. Theatre is a great way to express that.

Who has had the greatest impact on your time at SDSU?
A few people who’d I would like to call my “Acting Babies” (even though we’re all in the same freshman class. I’m just an old fart) but they have been HUGE cheerleaders in my college career here at SDSU. They may not see it, but I’m forever grateful for them.

What is your most memorable SDSU experience?
My most memorable experience at SDSU would be getting to find people (friends, faculty, dorm mates, etc.) that want to make sure I’m doing okay and making sure I’m staying on top of all my homework and having stable health.

What activities have you been involved in on campus?
I’ve been heavily involved with the College Forensics Team, led by the iconic Andrea Carlile. I get to act, public speak and do all the presentation things I love doing like I do on stage.

What has been your favorite class? Why?
My favorite class... hands down would have to be Intro to Acting. I always believe in “speaking your passion” and Jim Wood’s class provides me to express my artistry and emotions (both comedic and dramatic) through the scripts and dances I present. 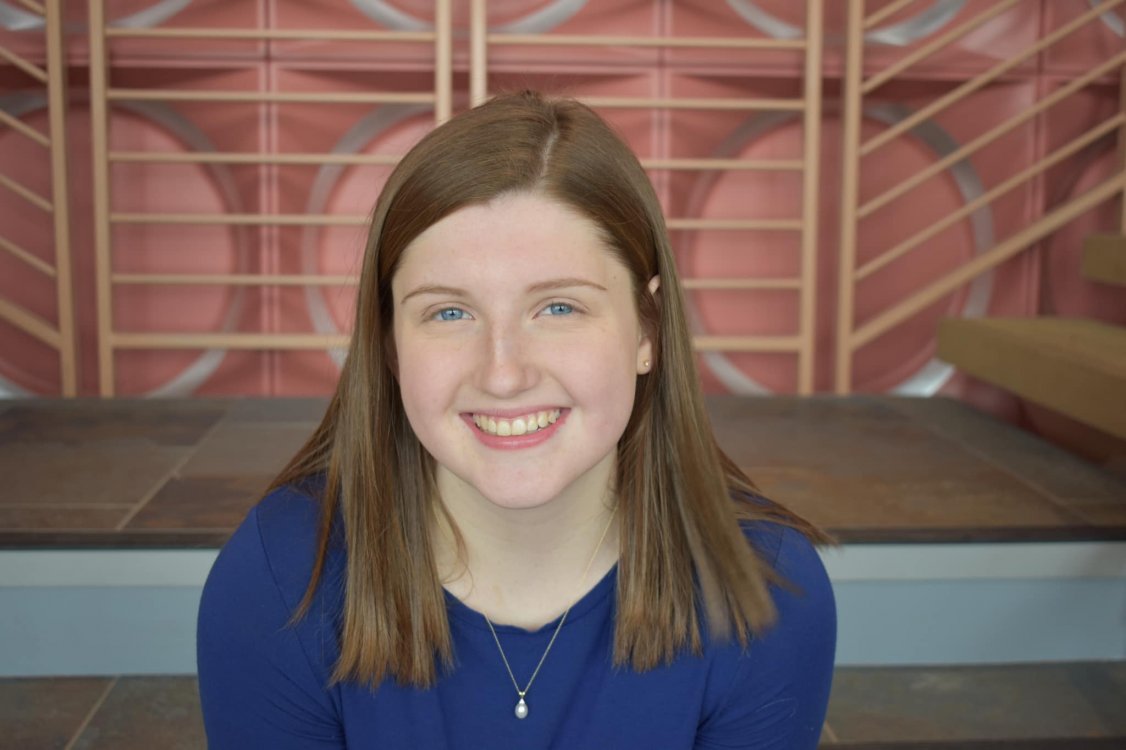 Why did you choose SDSU?
I chose SDSU because when I first stepped on the stage in the Proscenium theatre it felt like this was exactly where I am supposed to be. I also was able to meet with JD on a visit and Corey over the summer before I started. The meetings I had with them really solidified that SDSU was the place for me because I knew that the professors in this program would always have a moment to chat with their students. I also knew that they would help to push me in all areas of theatre whether that be acting, designing, in the shop or other technical aspects.

What drew you to your major?
I started theatre my junior year of high school and it really was a leap of faith. After that first performance I had caught the bug and just wanted to do more! I continued to act and also started to become interested in the design areas. When I got to SDSU I had the opportunity to work with Corey and Billy as well as upperclassman who introduced me into the tech areas such as lighting and costuming. I also had the opportunity this summer to work on a TV show as an extra. That experience really solidified everything for me. Being able to work in that atmosphere and see how a real set runs was the final push I needed to know that acting and working in design is what I want to do for the rest of my life!

Who has had the greatest impact on your time at SDSU?
I think all of the professors have had an impact on me in some way. Each of them helped me in their own respected area and are always available and willing to answer my never-ending questions. Their impact has helped shape me into the performer, designer, dancer and person that I am today!

What activities have you been involved in on campus?
For activities on campus I am a part of The Conspiracy Theory Club and Black Students Alliance. I am a Community Assistant in Young Hall, and also a member of the theatre honor fraternity Alpha Psi Omega! I have also worked in the costume shop, scene shop, box office and with the lighting crew. As well as being involved in all the theatre productions in some way whether that is acting, designing, scanning tickets, working in the shops, box office or whatever else needs to happen!

What has been your favorite class? Why?
My favorite class that I have taken so far is Makeup! I did not know much about makeup before I took the class and I learned tons of different applications and also had the opportunity to be super creative in the looks I made. It was definitely a challenge, but I enjoyed getting to create a new look each week and explore the world of makeup design and application! 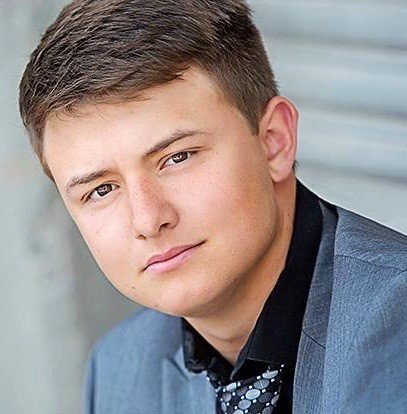 Why did you choose SDSU?
I chose SDSU because I was originally an electrical engineering major, so the engineering department drew me in. However, it was because of the theatre department that I stayed at SDSU when I switched to Math Education.

What drew you to your major?
My family’s “trade” is teaching. Even when I was an electrical engineering major, I was thinking it’d be cool to come back to a college and teach rather than do actual engineering work. Math is my favorite subject, and I knew I would love to teach math someday, just like my dad.

Who has had the greatest impact on your time at SDSU?
The theatre department faculty, hands down. And it’s not just one professor over the other. The theatre faculty at SDSU, all five of them, don’t treat you just as a student but as a member of the family. And it was great as a freshman coming in and feeling like I belonged right away.

What is your most memorable SDSU experience?
Capers my freshman year. That’s where I met my girlfriend, I opened Capers by singing The Greatest Show, and it was such a fun experience being able to do goofy stuff with not just theatre students, but students all across campus.

What activities have you been involved in on campus?
Primarily, theatre. I’ve worked in the scene shop, prop shop, costume shop, light/sound shop and done odd jobs from time to time. Thus far, I have been in 6 State University Theatre shows, being cast in 2 others, plus 2 Capers. I love performing, and I hope I never stop.
I’m also a member of the Council of Teachers of Mathematics through SDSU, and I’ve been a practice player for the girls’ basketball team here on campus.

What has been your favorite class? Why?
Intermediate acting. I was a freshman, thinking I was a good actor, but then I took intermediate acting with JD Ackman, and I learned so much in those 16 weeks. I learned to love realistic plays, I learned different tactics when portraying a certain character and I was able to do scenes from popular plays. It’s my most memorable and most fun class that I’ve taken at SDSU. 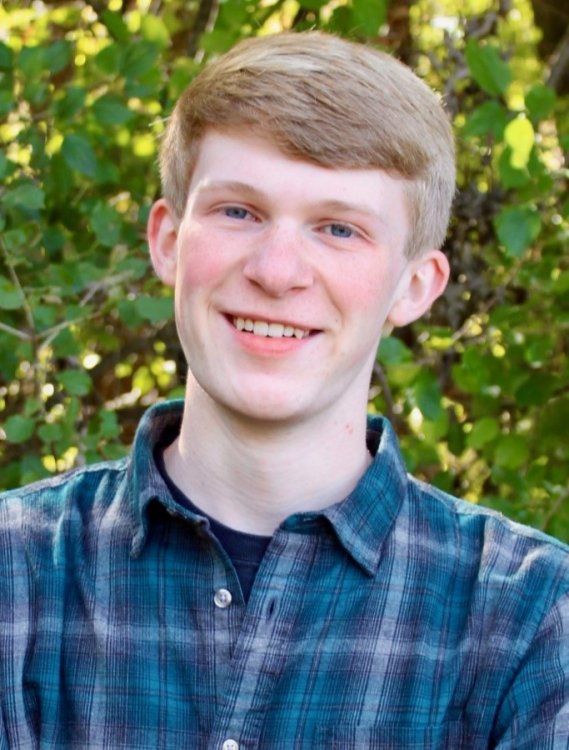 Why did you choose SDSU?
I chose SDSU because I needed a campus that had great opportunities with both Data Science and Theatre; in addition, I could not think of getting rid of either of them. Despite the COVID-19 restraints, I also really want a bigger school because I love interacting with people and being social. The stars just aligned in the sense that SDSU has a wonderful Theatre and Math department as well as a large campus. Also, my parents met at SDSU and my brother is currently enrolled so I have had a connection to SDSU practically my whole life.

What drew you to your major?
When I eventually decided on Data Science and Theatre, it was because I couldn’t imagine living without either of them. The combination of the two allows me to be incredibly analytical, but also to let loose and have fun. I have always loved math probably a little more then I should, and from the moment I joined Theatre, I knew it would become a major part of my life. Long story short, I love them both immensely.

Who has had the greatest impact on your time at SDSU?
For me, I would say it would have to be Morea Nichols. I want to preface by saying that everyone I have met up at SDSU has been so kind, but Morea really helped me feel welcome from almost Day 1. I was not sure how different Theatre would be up at SDSU, so I was definitely nervous going into that first night at McCrory Gardens. Morea was so sweet to hang out with and welcoming even though I was a new freshman. Basically, she was just an awesome person who showed me how amazing Theatre up at SDSU can be, especially in our Ghost Stories group, which was amazing!! 😊

What is your most memorable SDSU experience?
My most memorable SDSU experience would probably have to be performing Reflections at McCrory Gardens. It was such a fun experience to be a part of, but also my group bonded a lot. We joked and danced around, took funny pictures and played a lot of ninja. Overall, I don’t think I’ll ever forget those performance days because I got to spend a lot of time hanging out with my group whom I loved.

What has been your favorite class? Why?
I feel like my answer to this question is a little unexpected. I love all my classes but I love my coding class a lot more than I thought I would. INFO 101. I have gotten to really know my professor and crack jokes with him. He begins every classes with a series of puns and jokes, which from day 1 I was like “this is amazing.” He also brought in his bagpipes and played for the class. Essentially, I just like his teaching style, jokes and how he overall makes the class fun.