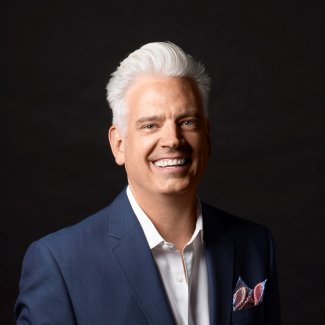 After being a designer at a non-profit, working freelance gigs and having his own design firm, Ed was hired by Colle McVoy. Since then he has transformed their design division into one of the most prominent in the country by living according to two simple rules: hire great people and don’t get in their way.

Ed doesn’t believe in having a specific design style; rather, he thinks a brand's style should lead to its own unique look, feel and behavior. This design philosophy has helped modernize brands, allowing them to recapture their essence.

He has an incredible breadth and depth of design expertise stemming from his experience with brands including Target, U.S. Bank, Red Wing Shoe Company, Johnson & Johnson, Indian Motorcycle, UnitedHealth Group and Caribou Coffee. And he has a talented stable of designers working with him. Together, they have received national and international recognition for their work, including awards from D&AD, Cannes Lion, AIGA, The One Show and Communication Arts. 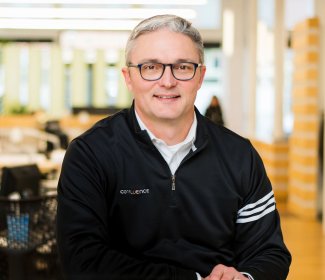 Terry joined the firm in 2003 as he pioneered Confluence through their expansion into Kansas City. From the start, Terry has worked continuously to position Confluence as a leader in the Kansas City urban design market. He is passionate about growing young talent and seeing them take on new challenges with confidence. Terry brings diverse project experience, valuable insight and a passion for creating dynamic places to the field of landscape architecture in the Kansas City area.

Terry’s experience includes numerous urban design and streetscapes, senior communities, transportation enhancement and higher education projects. Hard work, the pursuit of design excellence and his tireless commitment to client satisfaction are at the core of Terry’s approach to all projects. His direct and personal communication with clients leads to strong relationships and successful projects while inspiring loyalty in so many of our clients. “Expect more of yourself.” This simple phrase fuels his desire to always achieve more and to consistently push himself and his Confluence team members to be better and to do more than is expected.

Terry serves on the Missouri Rotary Youth Leadership Award (RYLA) statewide committee and spends several days each summer serving as a youth counselor, training teenagers to be servant leaders. In his free time, Terry enjoys feeding his fitness addiction and spending time traveling and enjoying new experiences with his family. 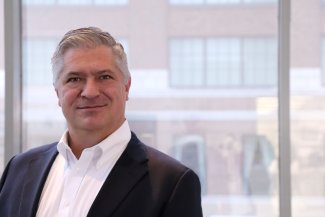 With nearly 30 years of professional experience, Jeff leads HOK’s planning, urban design and landscape architecture studio in St. Louis. Whether working on standalone planning or landscape projects or as part of integrated design teams, Jeff has delivered hundreds of successful projects for HOK in his home state of Missouri, nationally and internationally. His designs blend economic and social responsibility with environmental sustainability and beauty.

Jeff’s goal always is to create the most inspirational places for people. He partners with clients to design exceptional places that respond to their needs while going beyond what they can imagine.

While not leading HOK projects, Jeff serves on the Boards of Directors for the St. Louis County Parks Foundation and the St. Louis Regional Open Space Council. Jeff is a fervent advocate for the preservation of open space and natural environments. 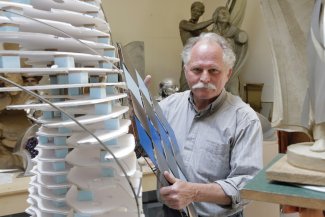 Dale Lamphere’s work explores a broad range of materials and subjects from monumental landscapes, to human forms, to abstract design. The common thread that runs through his work is the lyric gesture and full volume that he sees in his mountain and prairie environment.

Lamphere has completed over 70 major public commissions from the Basilica of the National Shrine in Washington, D.C., to the Eisenhower Medical Center and the City of Burbank in California. Other creations have been placed throughout the nation including in Chicago, Kansas City, Colorado Springs, Dallas, Omaha, and Snowmass.

In 2016, ‘Dignity of Earth and Sky’, a 50-foot, 12-ton stainless steel sculpture of a native woman holding a blue star quilt, was dedicated with a cross-cultural celebration on a bluff above the Missouri River near Chamberlain, South Dakota.

In 2019 Lamphere completed the ‘Arc of Dreams’, a 300-foot stainless steel span across the Big Sioux River in Sioux Falls, which echoes of the journey we all take in the pursuit of our dreams.

In 2021 the ‘Community Tapestry’ at Monument Health in Rapid City and ‘The Hive’, a 20-foot stainless steel sculpture near Black Hills State University in Spearfish were installed.

Lamphere is currently working on a monument to honor the children that were buried at Rapid City Indian School and a 24-foot sculpture for a new hospital in Colorado Springs. 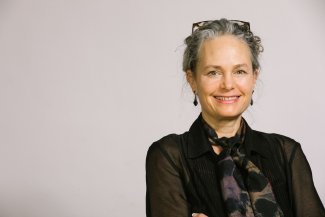 Stacey is a practicing Architect and Partner with Koch Hazard Architects since 2000, after joining the firm in 1997. She holds a professional degree in Architecture from Kansas State University with studies in Aarhus Denmark.

Stacey enjoys working in higher ed and cultural projects focusing on historic renovation, preservation, additions and sustainable design. She has contributed to SDSU’s School of Design with occasional presentations and adjunct teaching.

Stacey has been actively involved in community education throughout her career. She co-founded the Sioux Falls Design Center (2012-2019) dedicated to raising awareness about design through community education, interactive projects and grant partnerships and the Plain Green Conference and Lecture Series (2008-2104) dedicated to advancing the understanding of sustainability and design.

Other non-profit start-ups include the Sioux Falls Green Project, a 501c3 educating and advocating for sustainability in the region; Chartreuse, Bright Green Research focused on natural building materials of the Midwest; as well as other start-up chapters such as US Green Building Council South Dakota and Architecture for Humanity Sioux Falls.

In 2011, she concluded a sabbatical year as Design Fellow/Sustainability Advisor with Architecture for Humanity in Port-au-Prince, Haiti co-sponsored by AIA and USGBC. She has presented at Greenbuild 2010 and 2015, and at the 2011 AIA Conference and local chapter conferences. 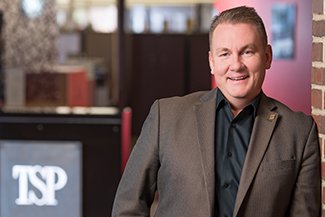 Jared Nesje is only the fifth CEO to lead TSP, Inc. and the first architect in the position since Harold T. Spitznagel founded the company in 1930. A Sioux Falls, SD native, Jared worked as a “blueprint gofer” at a design firm during his years at Washington High School. He earned degrees in architecture and environmental design from North Dakota State University.

Jared has spent almost his entire career in Sioux Falls, including 20 years with TSP. He is a principal with the multidisciplinary architecture, engineering, planning, and interior design firm and also the president of TSP's Board of Directors. In his leadership role, Jared guides business development, client relationships, and practice across the firm's Midwest footprint. Prior to taking over as CEO in 2015, he was a project manager and architectural discipline lead for TSP.

Jared believes in servant leadership and engages the firm's nearly 60 team members to provide ongoing feedback and ideas for improvement. Under Jared's leadership, the firm transitioned to an ESOP in 2020.

Jared is active in his community with involvement in Sioux Empire United Way, Rotary Club of Downtown Sioux Falls, Southeast Technical College Housing and Foundation Board of Directors, and others.