Projections have been made that approximately 1.3 billion tons of cellulosic biomass could be available annually in the United States for the production of alternative liquid fuels, chemicals and power. To explore this possibility, the Department of Energy and the Sun Grant Initiative formed the Regional Feedstock Partnership. Each of the five Sun Grant regions conducted workshops with experts from academia, the national laboratories, federal and state governments, the private sector and public interest groups. In each region, the potential production of diverse biomass feedstocks was evaluated, obstacles and knowledge gaps were considered and research needs and priorities were identified. Teams of the nation's leading scientists were then formed to further assess biomass feedstock potentials, to initiate field trials of the most promising options at the regional and national level and to estimate and begin enhancing the nation's bioenergy production potential through the findings from this research and other data. 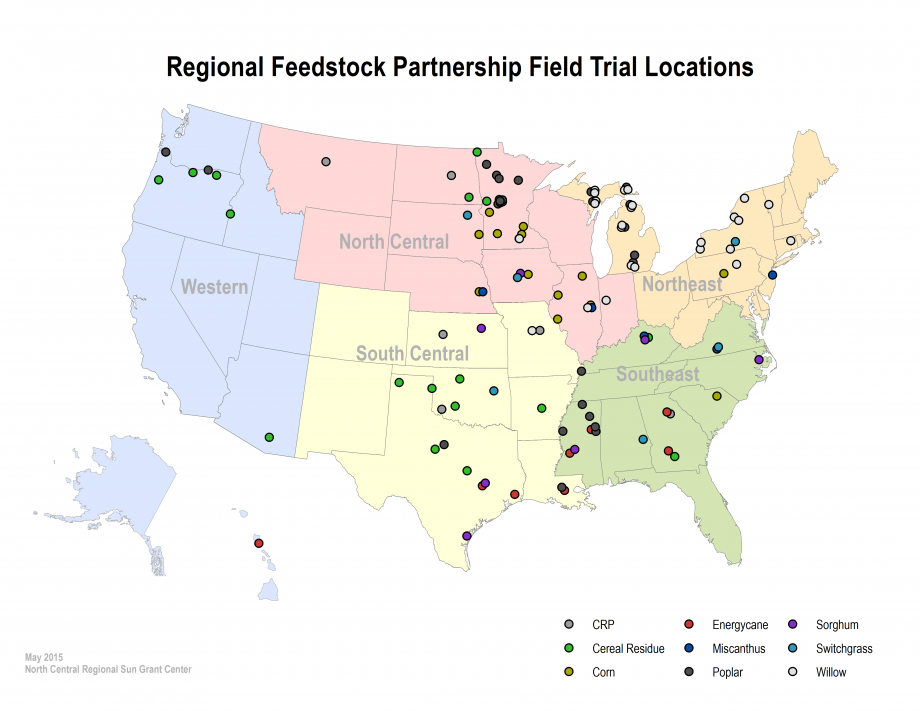