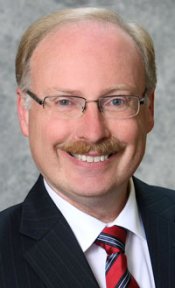 David Reynolds, director of the South Dakota State University School of Performing Arts, has been selected to write and conduct new music for the 2023 South Dakota Inaugural events on Jan. 7.

Reynolds was previously asked to compose music for the Governor’s Inaugural in 2019. His work, “Fanfare for a New Day,” was used as governor-elect, Kristi Noem, entered the stage. The music was performed by students in the SDSU trumpet studio and the Northern State University trumpet studio. The work was used again at the ball that evening.

This year, Reynolds has been asked to write another fanfare for the ceremonies. His new work, “Prairie Celebration Fanfare,” has unique features specifically weaved into the piece. “The name Kristi Noem has a rhythmic equivalent of a musical triplet, so the opening motif makes use of a triplet pattern,” Reynolds explained.

Since all student trumpeters of the SDSU studio will be in Frisco, Texas to support the SDSU football team in the FCS Championship game, adult musicians and SDSU alumni will be performing. Those alumni include Scott Olson of Sioux Falls, William Reynolds of Stillwater, Oklahoma and Jeff Soukup of Brookings. “I will conduct them during the noon ceremony, and again during the Inaugural Ball, where we will perform fanfares for each dignitary as they are introduced,” said Reynolds.