Several faculty and staff are retiring from the South Dakota State University College of Arts, Humanities and Social Sciences. The impact of their work is felt throughout the college and beyond. Two staff members, Betty Nelson and Bruce Anderson, are being recognized for their service.

Betty Nelson, program assistant for the School of Communication and Journalism, retired December 2021. She was employed at SDSU for 26 years. 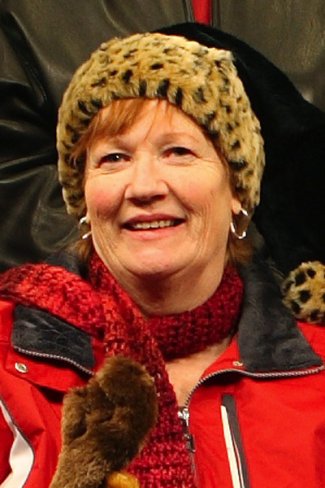 Nelson received an associate degree at Lake Area Technical Institute in Watertown in modern office systems. She began working at SDSU as a secretary in the journalism department and worked her way up to program assistant in what is now the School of Communication and Journalism.

She said narrowing down the best part of working at SDSU was difficult. “The faculty and staff are like family to me. I also love working with the students, that is probably what I will miss most,” said Nelson.

An honor that she is most proud of is receiving Employee of the Month twice. Nelson had also received the Woman of Distinction Award under the civil service category.

Joshua Westwick, director of the School of Communication and Journalism, said Nelson made a difference in the lives of many. “She has contributed significantly to the School of Communication and Journalism and impacted thousands of students’ lives. I want to thank her for her extraordinary service to our students, faculty, staff and stakeholders.”

Nelson said working at SDSU was the best move she made in her entire career. “I received opportunities here that I would not have elsewhere,” she said. “The people are wonderful. I have made so many friends over the years. Good, solid friends who mean a lot to me.”

When thinking of her retirement, Nelson is most looking forward to flexible schedules and being able to visit family and friends.

Bruce Anderson, client relations and multimedia associate, will be retiring January 2022 from the Yeager Media Center.

Anderson graduated with a major in television production in 1979 from Hennepin Technical College. Following his time there, he received another degree from Brown College in 1981 in TV and radio broadcasting with minors in broadcast journalism and advertising. He also received his first class radio telephone operator license during that time.

He began his career at SDSU in August 2013. Since then, Anderson has enjoyed the traveling opportunities in his career. Some of the most memorable experiences including traveling across the state for the South Dakota JumpStart Program, SDSU Extension and the Wokini Initiative. 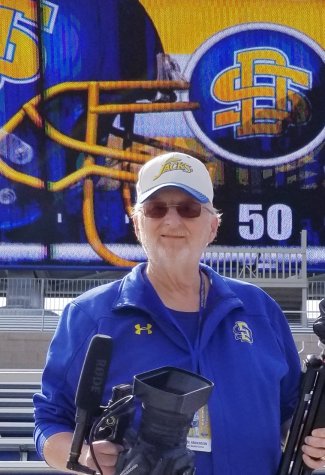 Anderson’s work has received recognition. In 2015, his work on the Harvey Dunn Feminine Images Collaborative Project received local and national attention. “It aired on Valentine’s Day 2016 on South Dakota Public Broadcasting,” said Anderson. “We shot two different performances with six different camera angles for each show. Indeed a challenge for the most seasoned editor to keep in synchronization and on time!”

Westwick has always been impressed by the service and leadership Anderson provided to the Yeager Media Center. “While at SDSU, he has played a crucial role in expanding the center’s portfolio and building relationships with clients,” stated Westwick. “I wish Bruce all the best as he transitions into retirement.”

One thing Anderson is most proud of is the use of video storytelling in helping entities on campus and in the community receive grants, building expansions and new laboratories. Examples of the case studies showcasing these impressive accomplishments can be found here.

When looking back on his time at SDSU, he was always impressed by the passion and perseverance of students and alumni. After retirement, Anderson is looking forward to reconnecting with family and friends.

“I will miss the many unfinished stories that I will be walking away from,” said Anderson. “They will be left in good hands.”