Tasha Hauff, former online instructor of Lakota, is now an assistant professor of Lakota and American Indian and Indigenous Studies. Hauff is a Miniconjou Lakota educator enrolled in the Cheyenne River Sioux Tribe. With a Ph.D. in Ethnic Studies from the University of California, Berkeley, her research focuses on Indigenous language revitalization. 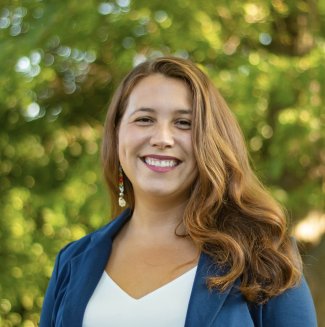 Christi Garst-Santos, director of the School of American and Global Studies, also commented on the unique position of Lakota at SDSU, stating, “One of the most exciting aspects of forming the School of American and Global Studies was being able to house Lakota and American Indian and Indigenous Studies in the same academic unit. For the first time in SDSU’s history, these two programs are together, emphasizing the importance of grounding cultural studies in language and vice versa. We also love that Lakota is not categorized as a subdiscipline of linguistics or anthropology like at other universities, but in equal standing with the other modern languages French, German, and Spanish that we teach.”

This is one of the first tenure-track positions in Lakota offered at any university. The addition of this position contributes to the Wokini Initiative, SDSU’s framework to support American Indian student success and increase the number of American Indian students though collaboration efforts between campus and tribal stakeholders. Hauff emphasized that ”simply having more Indigenous faculty representation on campus has been proven to increase Indigenous student recruitment and retention.”

Along with representing her community, Hauff is changing the narrative around education in Native communities by embracing their traditions, customs and languages in their learning. “The work that I do here, alongside my colleagues in American Indian and Indigenous Studies, modern languages and American and global studies, is to help reverse this process of education solely as assimilation,” explained Hauff. “We aim to educate Native students and allies in a way that empowers Native communities.”

Garst-Santos added, “We love that Lakota is not categorized as a subdiscipline of linguistics or anthropology like at other universities, but in equal standing with the other modern languages (French, German, and Spanish) that we teach. Our hope is that this placement raises the profile and visibility of Oceti Sakowin language and culture studies and contributes to language revitalization efforts in the region.”

Hauff is focused on establishing an impactful Lakota language program at SDSU. “I am honored to be the first in this position, and I look forward to a time when there are many other positions like this one.”