It’s almost graduation and time for students to move onto the next chapter of their lives! Three seniors in the College of Arts, Humanities and Social Sciences have shared their experiences at SDSU, the impact of the time in their academic programs and what their future plans include.

Shawndra Thielen is a senior English education major and theatre minor from Volga, South Dakota. Thielen’s mom and sister both attended SDSU, something that had an impact on Thielen when choosing her next steps after high school. 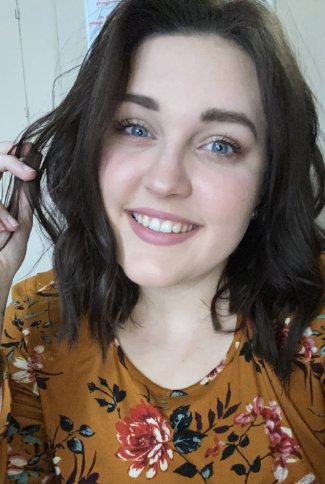 Thielen always knew she wanted to go into education. Her love for reading and writing helped her decide that English education would be the best fit. Beginning as an English major, Thielen added theatre as a minor her sophomore year of college. Her academic experience has been unique by having studies in the Department of English and School of Performing Arts. From doing Halloween-themed makeup to building sets for theatre performances, Thielen said she had many hands-on experiences.

Her favorite part of being a student at SDSU has been the community she has made. “Campus life has been really fun,” said Thielen. “I’ve been able to make long-lasting relationships with not only people I have met, but the professors as well.” The size of the university was an attractive feature as an incoming freshman, but also was a large reason she was enjoyed her time here. As a recipient of the Shirley Ausmann Swanson Endowed Scholarship from the Department of English, she said she is also grateful for the generosity of donors who make various opportunities at SDSU possible.

Thielen had advice to give to other students before they leave SDSU. ”Make it count; the semesters can sometimes feel like they are dragging on but it is crazy how fast it all actually goes,” said Thielen. “Put yourself out there!”

Following graduation, Thielen will start a position as a 7-12 English teacher in Wilmont, SD.

Jordan Hanna is a senior landscape architecture and history double major with minors in art and geography. Originally from Okoboji, Iowa, Hanna joined the SDSU track team and decided to pursue history as a major. After completing a history degree and track career, he chose to study landscape architecture when his schedule would better allow the time commitment. 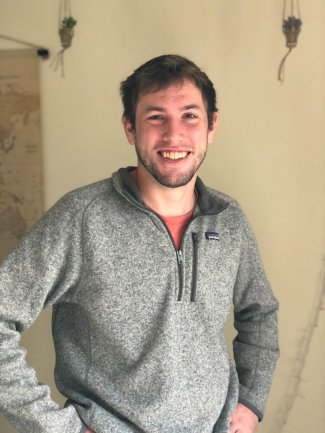 Hanna was drawn to SDSU because of the size and opportunities available to him. He quickly became involved in a variety of extracurricular activities, including geography club, history club and the unicycle and juggling club. During his time at SDSU, he traveled with the track team and other students. Hanna said one of his favorite experiences was traveling to Pennsylvania and New York to study public parks and the impact on their neighborhoods with students in the landscape architecture program.

While at SDSU, Hanna appreciated the diverse academic experiences he had in history and landscape architecture. “I am so thankful for the faculty,” said Hanna. “They each have different means to get you to another level of yourself and to help you reach new heights.” Having studies in two different schools gave Hanna the opportunity to develop a wide range of skills. “In history, I was able to do research and improve my writing and analytical skills,” said Hanna. “In the School of Design, I had to learn to trust my creativity and do things a little more unstructured.”

Before departing from Brookings, Hanna said he would leave students with the advice to always keep branching out. “You only get a short period of time here,” said Hanna. “I have made some of the best friends I could ever have, so it is a little bittersweet to leave.”

After graduation, Hanna hopes to pursue his landscape architecture career in areas like Texas, Arizona or Florida.

Micah Perry is a senior music education major from Brookings, South Dakota. With music being a large part of his life since middle school, Perry came to SDSU with dreams of being a choir director. It was through time in the program and the mentorship of Laura Diddle, professor of music and director of choral activities in the School of Performing Arts, that Perry decided to pursue a career as a professional musician or performer. 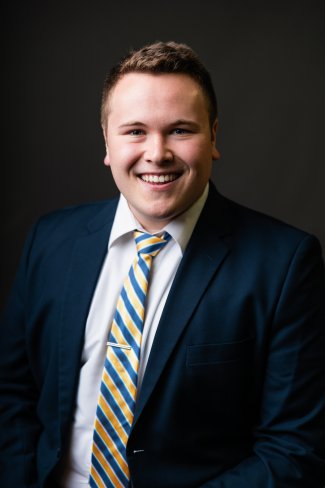 Along with being heavily involved in the music program, Perry also worked in the admissions office, sang in the choir and played in the marching band. His involvement allowed him to travel with the choir to Italy in December of 2019 into the first few weeks of January 2020. “I have phenomenal memories of us in Florence for New Years Eve getting ready to celebrate 2020,” said Perry. “It is unbelievable to think how quickly it all changed!”

Perry’s decision to attend SDSU was influenced by the relationships with faculty that were built before he even attended college. “I chose SDSU because growing up in Brookings, I was able to see how high quality our faculty and music program were,” stated Perry. “SDSU provides a large university experience with all of the benefits of a smaller campus.”

Looking back on his time as a student, Perry is especially thankful for the support of the faculty members within the School of Performing Arts. Laura Diddle was one of the most influential faculty for Perry, as she encouraged him to pursue opportunities such as applying for a tenor position in the competitive Austrian American Mozart Academy. Through support from donors, friends and family, Perry traveled to Austria for a month to perform opera.

“The amount of support they provide their students and the growth you can have working that closely with professionals is just remarkable,” said Perry. “Our faculty don’t just pour themselves into campus, they pour themselves into the community as well. I am extremely thankful for the connections and relationships.”