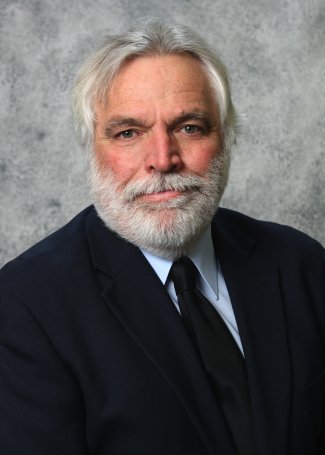 After completing his Ph.D. in July of 1991, Jenks moved to South Dakota where he started his career as an assistant professor of wildlife and fisheries sciences at SDSU. Throughout his career, he has worked with many different species of wildlife but has grown to enjoy learning about bighorn sheep, whitetail deer and mountain lions the most.

“They were all exciting species to work on,” said Jenks. “However, my more recent work with bighorn sheep diseases and mountain lions in the Black Hills has been really interesting. Since my graduate degrees focused on whitetail deer, it has been great to continue working on that species as well.”

Jenks has conducted and broadly published research that addresses wildlife questions using ecological theory to provide knowledge and management tools for agency resource biologists. He also has conducted extensive research on the ecology of large mammals that inhabit South Dakota and the Northern Great Plains Region; research driven by the need to maximize opportunity for harvesting these species in addition to gathering knowledge about mountain lions that have recolonized the Black Hills of South Dakota and Badlands Region of North Dakota.

“One of the best things about being at SDSU has been being able to work in both eastern and western South Dakota,” said Jenks. “I’ve enjoyed working with students and wildlife professionals in different regions of the state and seeing the diversity in species in the different areas of South Dakota.”

Over the years, Jenks has collaborated with numerous faculty at SDSU, other universities and state and federal agencies, resulting in over $16 million in grant and contract awards.

Through his research, Jenks has mentored 15 Ph.D. and 65 master’s students at SDSU and has served on numerous Ph.D. and master’s student committees. Influenced by his mentorship and guidance, many of his former students now teach and conduct research at other schools and universities across the United States.

“Dr. Jenks has been committed to the success of our department and to our undergraduate wildlife and fisheries program,” said Michele Dudash, head of the Department of Natural Resource Management at SDSU. “He was always willing to teach new courses to broaden our students' educational opportunities and skill sets. His scholarship combined with his graduate student mentoring has produced many wildlife management professionals who occupy positions throughout the country.”

“Throughout my time at SDSU in both the undergraduate and graduate wildlife and fisheries programs, Dr. Jenks has been an incredible advisor, mentor and friend,” said Kevin Robling, one of Jenks’ former students and Interim Department Secretary for South Dakota Game, Fish and Parks. “He has made a lasting positive impact on my professional career and, for that, I sincerely thank him for his commitment and service to SDSU and to the wildlife professionals throughout this country. His contributions to big game research and adaptive management have greatly influenced South Dakota Game, Fish and Parks’ management strategies that will be carried onto future generations of wildlife professionals and the constituency they serve.”

“It has been a pleasure working with all these students during my years at SDSU,” said Jenks. “It’s very exciting to see them go on to get jobs in the field – it’s part of my job to help them become employed and I’m very happy that they’ve been successful.”

To future students, Jenks advises they learn as much as they can about the species and techniques so they are well prepared to enter the profession. He also suggests they join professional societies, as he did, to interact with other professionals and stay updated on what is happening in the industry.

In addition to mentoring graduate students, Jenks has taught six different undergraduate and graduate courses and 23 special topics classes to hundreds of students at SDSU. He also has shared his knowledge and research by publishing over 200 peer-reviewed papers and 95 reports and lay articles, serving as editor, co-editor and chapter contributor for two books, three invited book chapters and one solely authored book, and has given over 500 presentations at regional, national and international meetings.

Furthermore, Jenks has provided leadership to The Wildlife Society (TWS) and American Society of Mammologists (ASM) at the state, national and international levels. He served as president of the South Dakota TWS chapter from 1994-1995 and was a member of the TWS publications committee from 1994-1995 and TWS program committee from 2003-2020. Additionally, he served as host of the 88th ASM Annual Meeting in 2008, chair of the ASM coordination committee from 2005-2020 and was the associate editor for the Journal of Mammology from 2009-2011.

Jenks was the first recipient of the SDSU College of Agriculture and Biological Sciences Griffith Faculty Research Award in 2003 and Distinguished Researcher Award in 2008. His other university recognitions and awards include the F.O. Butler Foundation Excellence in Research Award in 2003, being named Distinguished Professor of Wildlife and Fisheries Sciences in 2006 and the Excellence in Graduate Student Mentoring Award in 2014. Jenks also served as a network and statistics representative and graduate program coordinator for the former Department of Wildlife and Fisheries Sciences, the graduate program coordinator for the Department of Natural Resource Management and participated as a member of the Animal Care and Use and Research Scholarship committees at SDSU.

His time spent educating students and industry professionals and conducting vital and relevant wildlife research have earned him the new title of Distinguished Professor Emeritus of Wildlife Science, effective as of January 21. Upon his retirement, Jenks plans to continue his involvement with The Wildlife Society, facilitate completion of research projects with his remaining graduate students and devote more time to his hobbies of hunting, fishing and recreating and traveling the country with his wife Gail.

“During my tenure at SDSU, I have been fortunate to be able to contribute to the building of a strong and viable wildlife program,” said Jenks. “I will surely miss teaching and learning with students about wildlife and their environments, hearing from past students about their current activities, and the interactions and collaborations with many of the faculty and staff at South Dakota State University, which has been my professional home since my arrival in July 1991.”