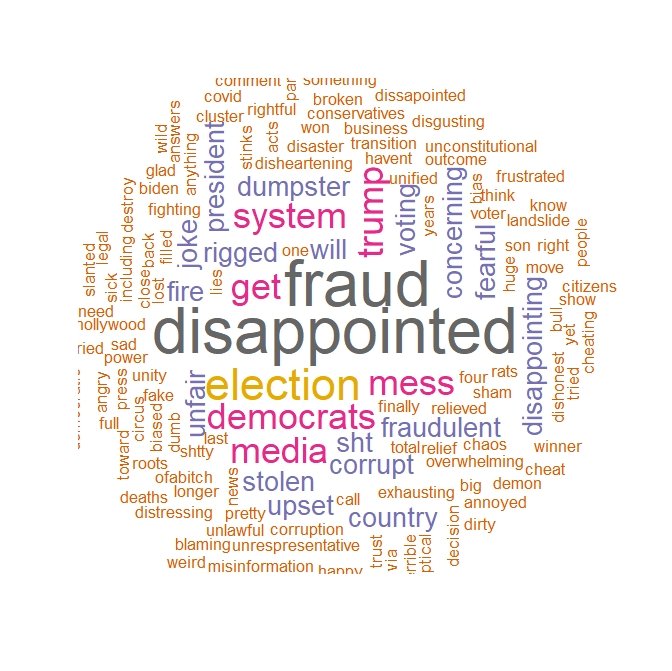 As part of the survey, participants were also asked to briefly describe their feelings about the 2020 Presidential election. We created a “word cloud” to visually represent their answers. As expected, we observed significant differences between Trump and Biden voters. Trump voters most often used words such as “disappointed”, “fraud”, and “mess” to describe their feelings about the election. Given the outcome of the election and the rhetoric coming from the president who has questioned the election fairness, it seems that Trump voters in South Dakota share the president’s assessment of the election. These results are consistent with our previous findings that Trump voters harbor concerns about the integrity and fairness of the vote in other states. 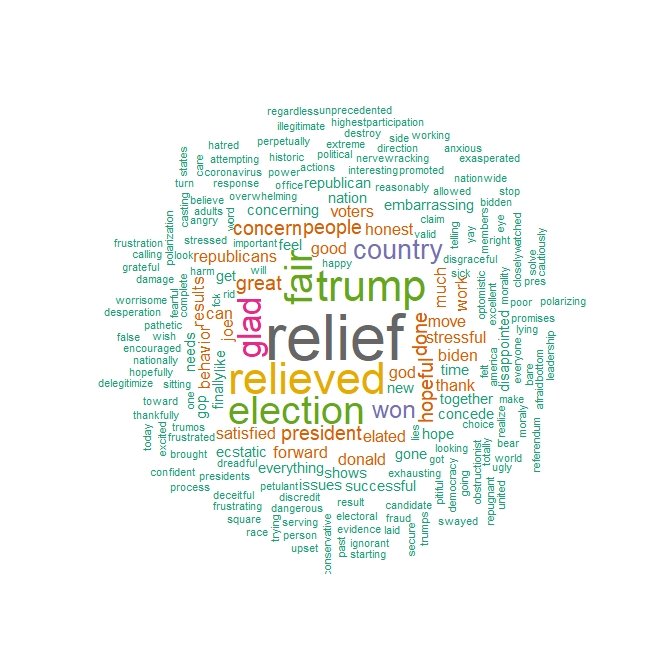 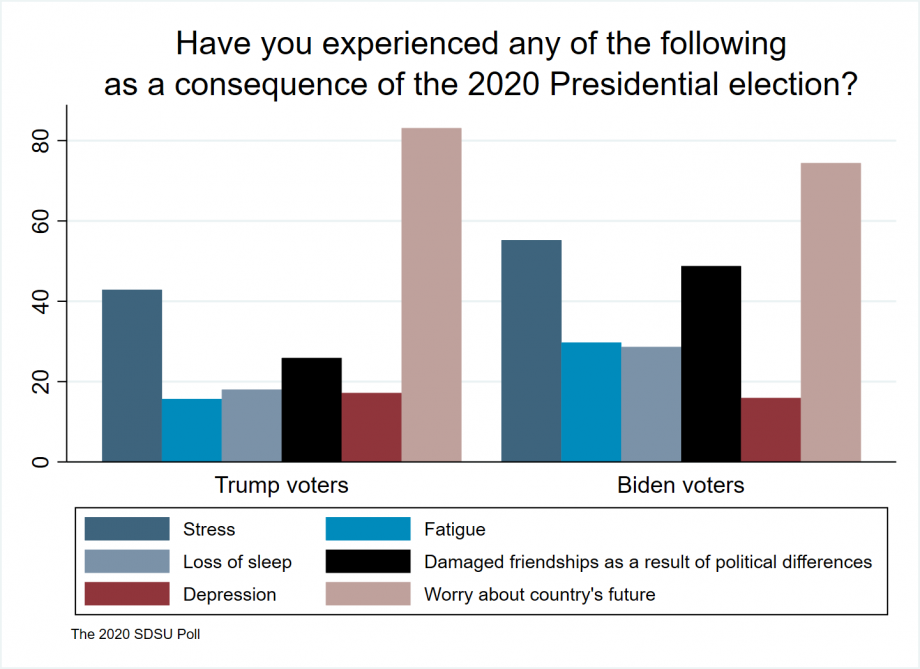 The recent election had a negative effect on the mental health and emotional well-being of South Dakotans. The charged campaign, the depiction of this election in the media as historic, and the uncertainties created by the president’s unwillingness to recognize the election results affected the mental health of both Trump and Biden voters. About 43% Trump voters and 55% Biden voters reported that they experienced stress as a consequence of the 2020 Presidential election. We also found that 18% Trump voters and 29% Biden voters experienced sleep loss, and 17% and 16% reported feeling depressed, respectively, as a consequence of the election. The results of our survey also revealed that 83% Trump voters and 74% Biden voters worry about the country’s future. Given the outcome of the election, the fact that Trump voters show greater concern is understandable; however, the fact that three quarters of Biden voters also expressed concern speaks volumes about how divided the country has become.

Overall, these results show that the recent presidential election had a rather negative effect on the mental health and social connectedness of South Dakotans. In general, Biden voters reported higher levels of stress, fatigue, and loss of sleep than Trump voters. Additionally, 26% of Trump voters and 49% of Biden voters reported that they experienced damaged friendships as a result of political differences. This difference is likely explained by the fact that they are a minority in our state. Regardless of the cause, the fact that half of Biden voters and a quarter of Trump reported friendship loss a result of political differences is alarming. Taken together with the coronavirus pandemic, the anxiety caused by the election puts further stress on the South Dakota health system that has already been under duress. 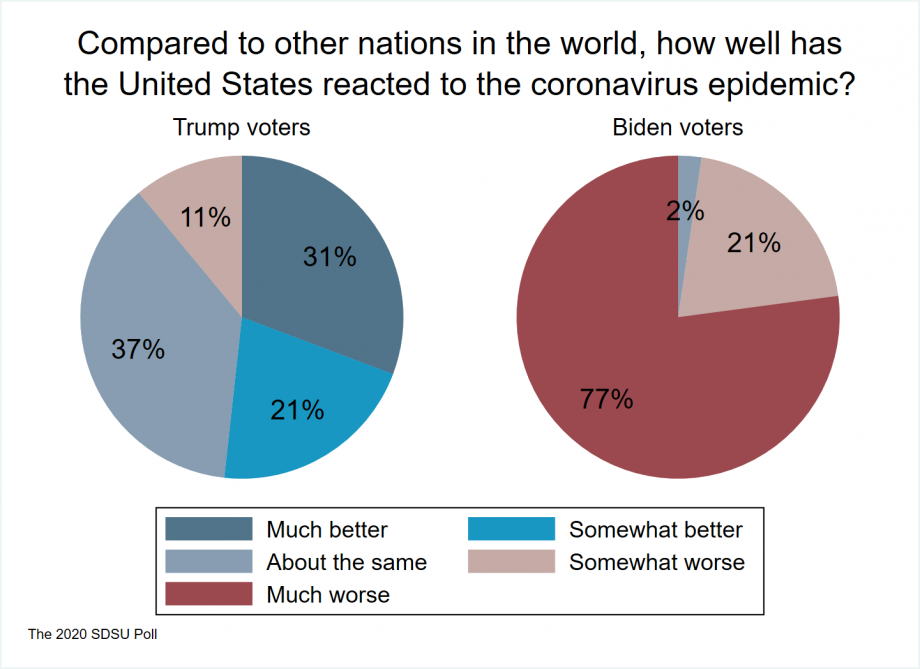 As a part of the survey, we asked participants about their perceptions of how well the United States reacted the coronavirus epidemic compared to other countries. Given our previous findings, we expected sharp differences between Trump and Biden voters; and the South Dakota electorate proved to be as polarized as possible. More than half of Trump voters believe the American response has been better than the response in other countries; with 31% believing that the United States responded “much better” and 21% saying “somewhat better.” Very few Trump voters believe the American response has been negative to any degree. Only 11% of Trump voters believe our response has been “somewhat worse” than other nations, with zero Trump voters characterizing our response as “much worse.” On the other hand, Biden voters have a very different perception of the US response to coronavirus. The survey results revealed that not a single Biden voter believes that the American response to coronavirus has been better than the response of other nations. About 77% of Biden voters believe that America's response is “much worse” than other countries in the world, 21% say “somewhat worse,” and 2% believe our response is “about the same.”

The difference between the two camps is staggering and shows how polarized the country has become, however, it is congruent with our expectations based upon our previous findings on a partisan gap between Democrats and Republicans in South Dakota on opinions on COVID-19 as well as COVID-19 mitigation policy in our state. The presidential candidates, elected office holders, and opinion leaders in our media have all clearly adopted a partisan lens in viewing this public health crisis. In such an environment, it should be no surprise that citizens themselves have treated this issue as any other political issue and framed it in almost ironclad partisan terms, despite the tremendous human costs.