The South Dakota Voter Survey was conducted in the first two weeks of October by The SDSU Poll, a research group housed in the School of American and Global Studies at South Dakota State University. As a part of the survey, 485 registered voters in South Dakota were asked about their opinions on trade agreements, relations with China, and illegal immigration. 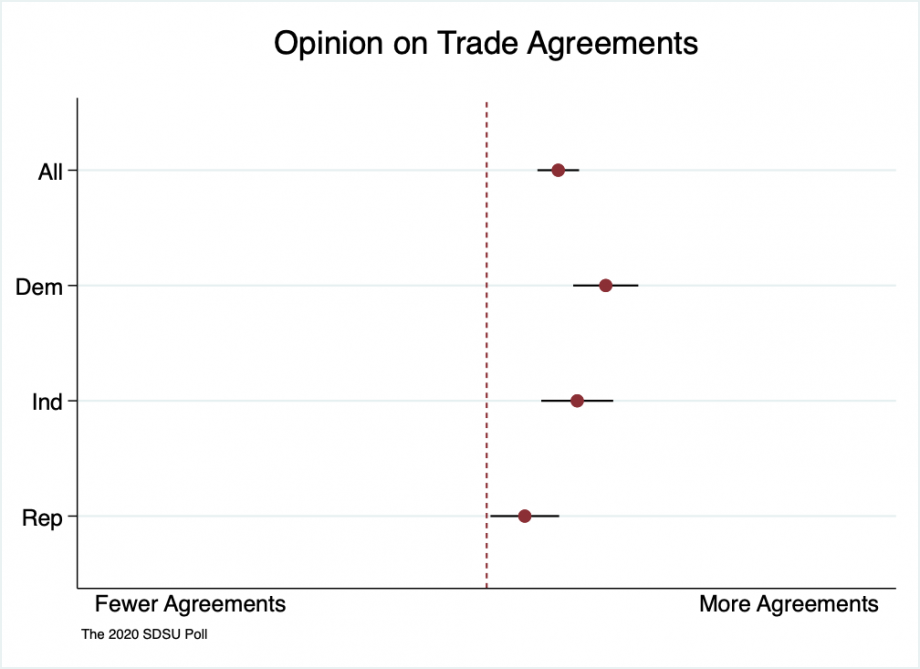 Despite general support for expanding trade agreements with other countries, most South Dakotans see China as something of a threat to their jobs and security rather than an opportunity for new markets and economic investment. The mean score for the state is 3.2 on the 7-point scale, which shows that South Dakotans have a somewhat negative view of the Asian country. Given the fact that Sino-American relations deteriorated in recent years, and the much-emphasized fact that the coronavirus originated in China, these unfavorable views are unsurprising given the political framing. Democrats show a mean score of 3.8 on the scale, indicating that they are slightly more inclined to see China a threat rather an opportunity; but this is not a particularly strong belief. Republicans, with a mean score of 2.7, have significantly more unfavorable views of China. Given the strong rhetoric of the Republican leaders towards China, particularly from President Trump, the perception of China as a threat among South Dakota Republicans is unremarkable. Independents, with a mean score of 3.4, slightly tend towards seeing China as a threat to their jobs and security splitting the difference between the two main parties. 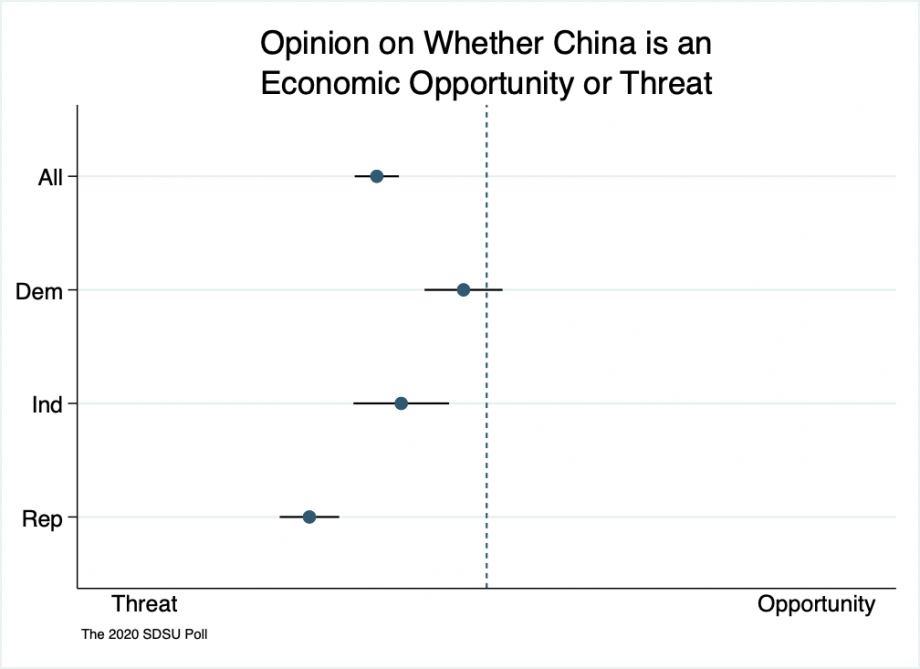 An average score of 4.6 on our 7-point scale indicates that South Dakotans are generally in favor of creating a pathway to US citizenship for illegal immigrants rather than returning them to their countries of origin. Given the extent to which the issue has become politicized, particularly under the Trump presidency, this is quite remarkable. However, a rather large divide exists between Democrats and Republicans on the degree to which this is supported. Democrats are strongly unified in their belief that the policy should focus on creating a pathway to US citizenship for illegal immigrants, which is indicated by a mean score of 6.0 on our scale. Republicans, with a score of 3.6 display less enthusiasm towards establishing a pathway to citizenship. Republicans in South Dakota are, on average, more likely to favor deporting these immigrants to their native countries rather than creating a pathway for citizenship, but they are still in a rather neutral range. Independents, rather precisely, split the difference between the parties with a mean of 4.9. 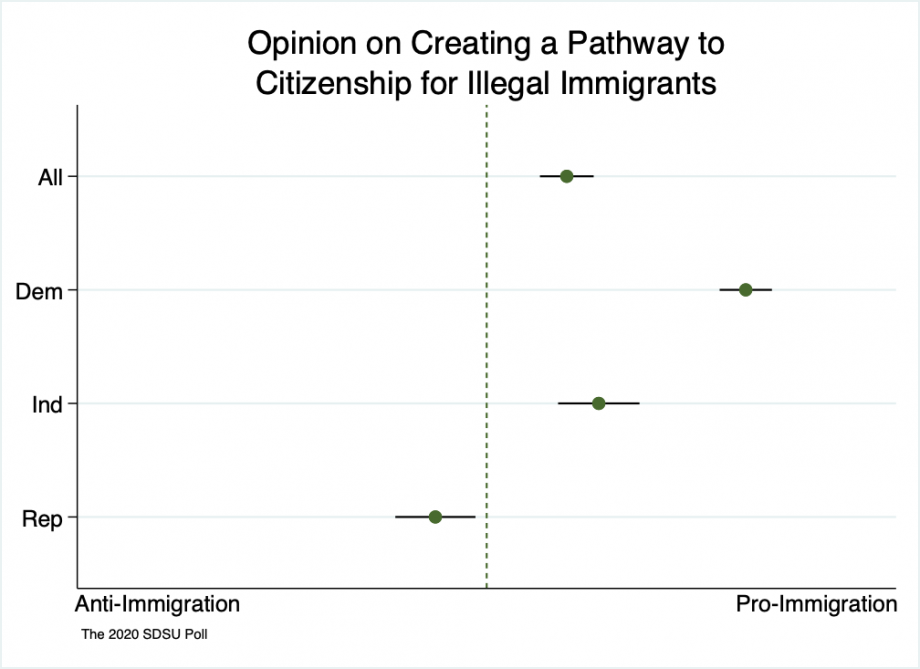 Please note: Some corrections were made on October 28, 2020