The South Dakota Voter Survey was conducted in the first two weeks of October by The SDSU Poll, a research group housed in the School of American and Global Studies at South Dakota State University. Our survey of 485 registered voters in South Dakota asks respondents about their impressions of government response to the COVID-19 pandemic. The margin of error is +/- 4.5%, on par with other state-wide polls.

Approximately 52% of South Dakota’s voters express disapproval of the president’s handling of the COVID-19 crisis, with about 42% approving, and about 7% neutral. Given the partisan composition of the state, the extent of this weakness is somewhat surprising. 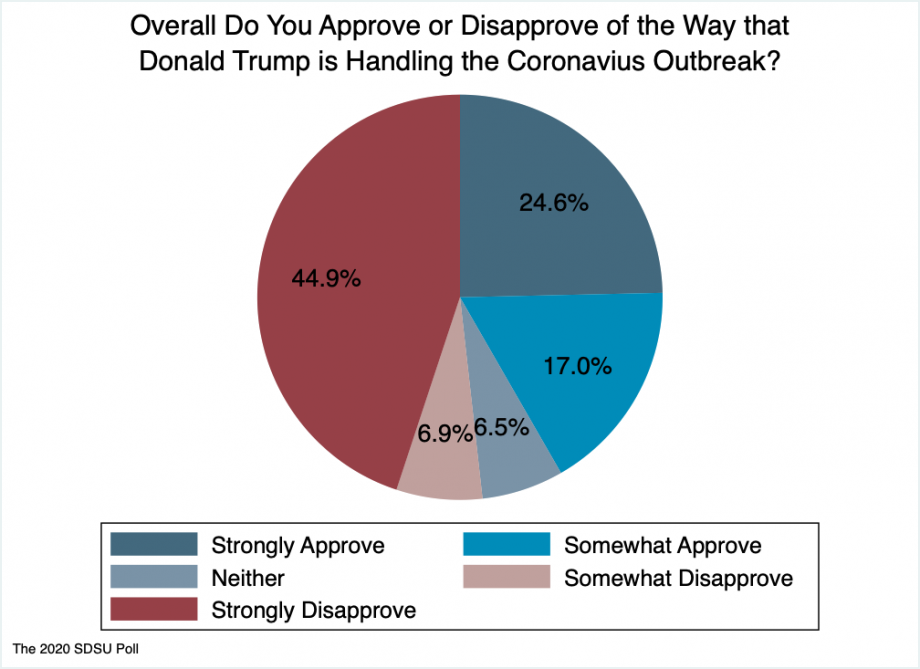 In our sample of registered South Dakota voters, 50.1% disapprove of the way that governor Noem is handling the pandemic, while nearly 45% approve, and the balance of respondents is neutral. In most respects, this largely mirrors the attitudes that voters have on President Trump. The only significant differences are that she has more intense support than the president does, and that her opposition on COVID response is not as polarized. However, as in the case of the president, this is somewhat surprising given the proportion of South Dakotans that identify as Republicans. 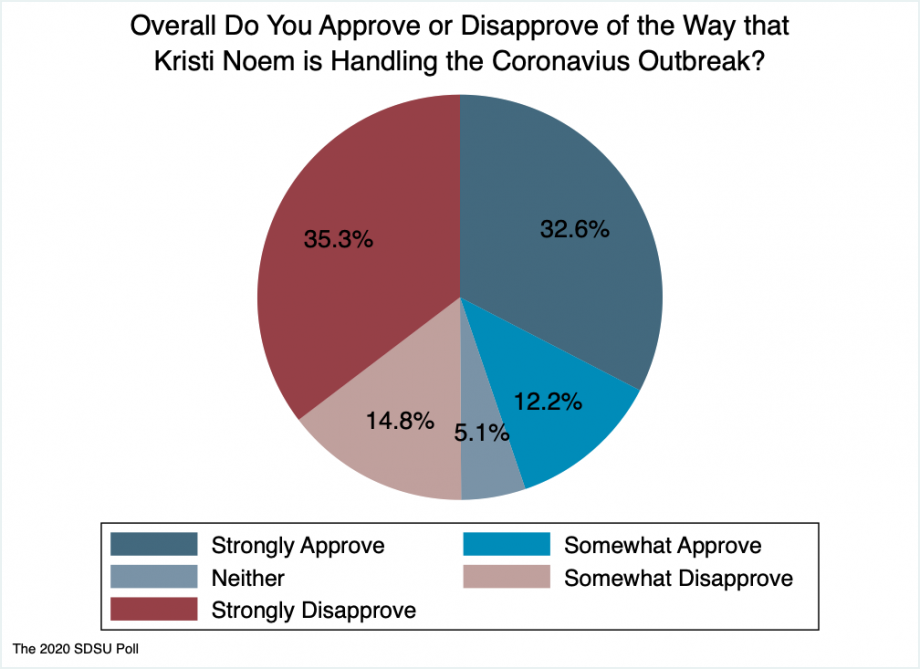 Attitudes on Approval of COVID-19 Leadership is Very Partisan

Approval of President Trump's Handling of the Pandemic

Approval of Governor Noem's Handling of the Pandemic

Local Government Has the Most Support

While our federal and state governments face rather polarized citizen support of their efforts to control the outbreak, local governments receive higher marks, and significantly less opposition. This is the case despite some intense and highly confrontational incidents between citizens and policy makers in cities and towns scattered across the state. About 50% of respondents approve of how their local governments are handling the crisis. About 26% disapprove, while about 24% neither approve nor disapprove. 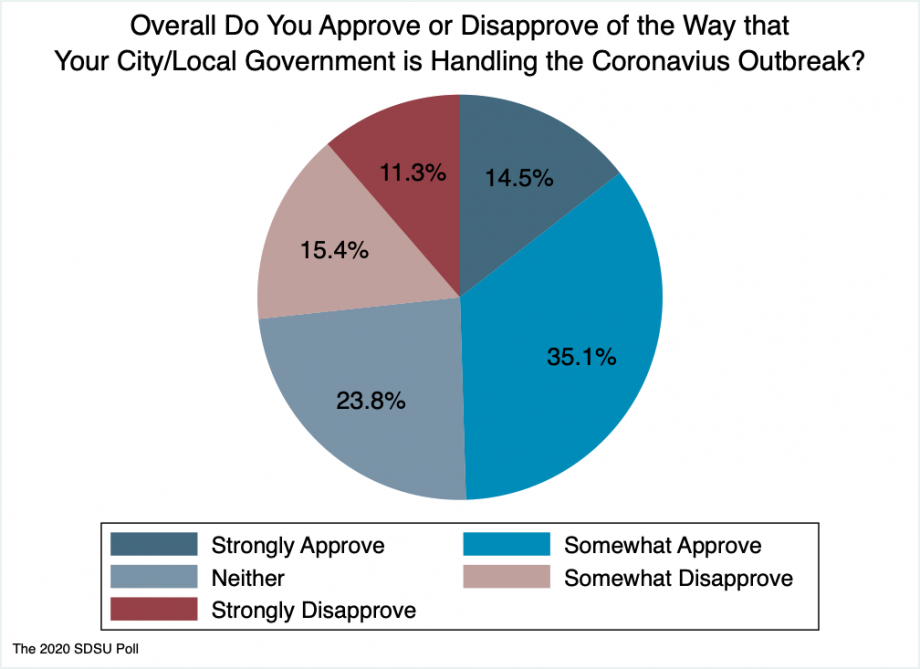