In April, South Dakota State University won the Land O’Lakes Bot Shot Championship, beating collegiate robotics teams from around the country in a game of H-O-R-S-E in Minneapolis as part of the Final Four weekend.

From noon until 2 p.m. Saturday, several team members and BallE, the robot they constructed, will put on an exhibition at the Washington Pavilion. The exhibition will take place in the Kirby Science Discovery Center. Paid admission is required.

The Land O’Lakes Bot Shot challenged students from seven universities to build a robot capable of mastering shots from a variety of basketball court locations. The program sought to celebrate the talents of students in the fields of science, robotics and engineering and raise awareness of the advanced technology and innovation central to modern agriculture. 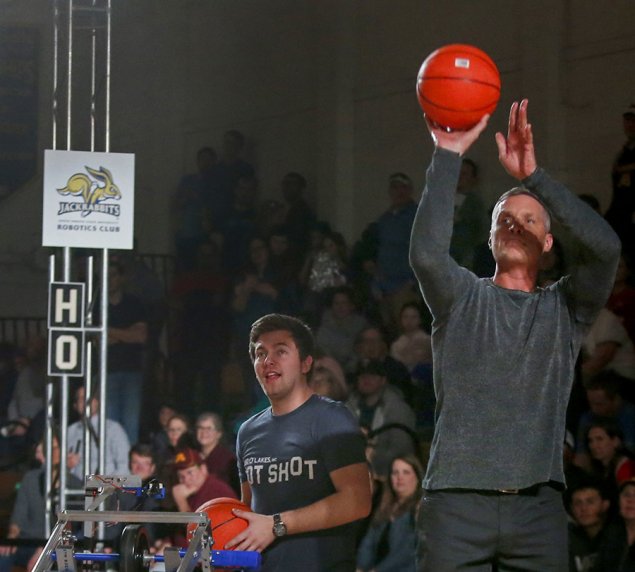