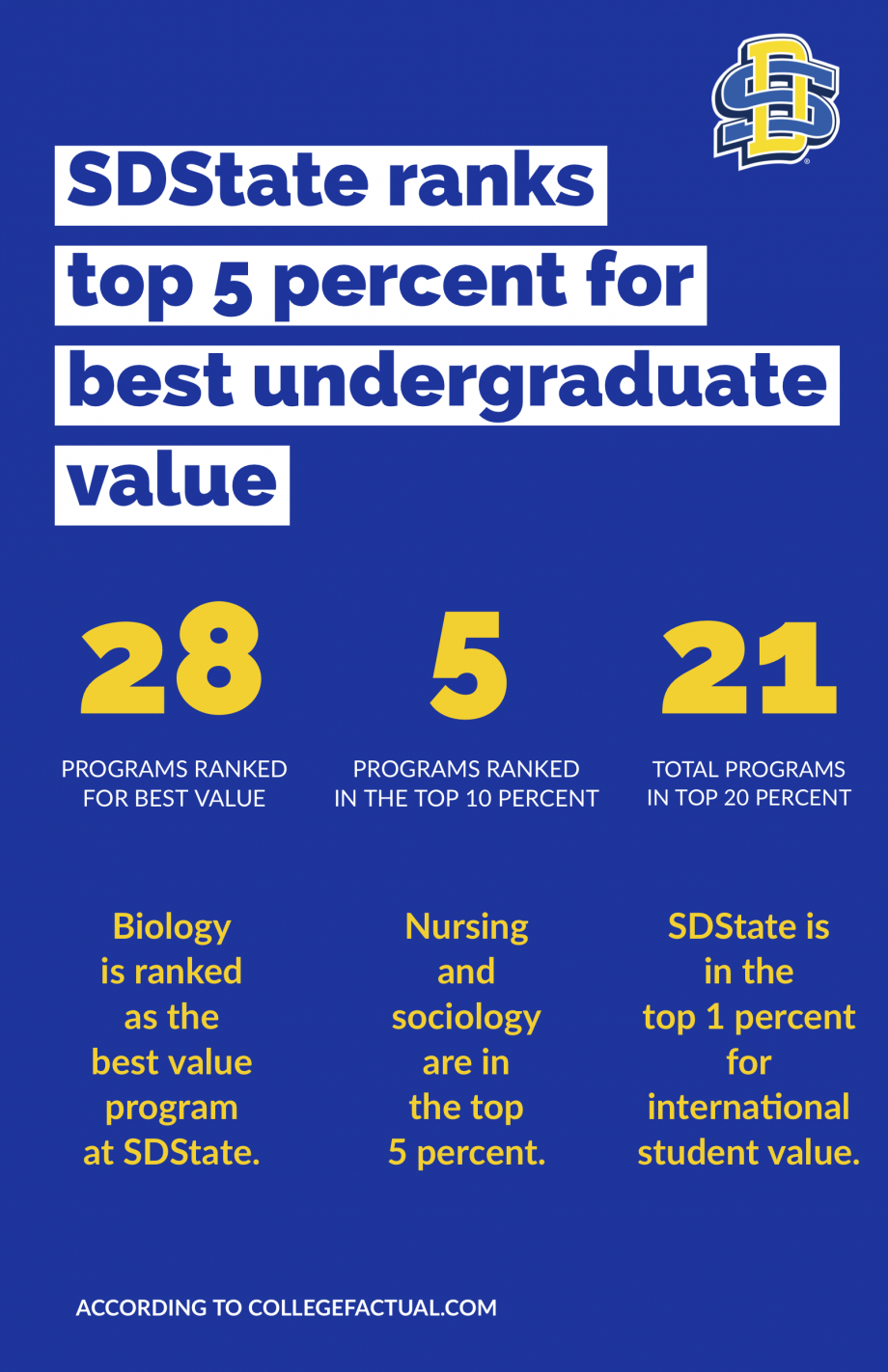 South Dakota State University has been ranked in the top 5 percent nationally as a “Best Value for the Money” in the annual nationwide ranking of U.S. colleges and universities by College Factual.

SDState’s programs in biology, nursing and sociology were ranked in the nation’s top 5 percent while animal science and physical education/teacher education were in the top 10. Also, the university was ranked in the top 1 percent for international student value.

Located in New York, College Factual’s rankings highlight colleges and universities that offer the greatest value through quality education and affordability. SDState’s best value programs received their rankings based on a number of factors, including tuition costs, faculty-to-student ratio and freshman retention rate, according to College Factual.