The program will include a Monday evening reception, a poster session and a presentation by Kevin Kephart on the legacy of Edgar McFadden and Cecil Salmon.

Tuesday’s program will include the McFadden symposium and Hard Winter Wheat Worker’s meeting.

Wednesday morning there will be a tour of the USDA-ARS Stripe Rust Evaluation Nursery at Rossville, located approximately 40 miles east of Manhattan.

“The Green Revolution started here in a backyard in Brookings, South Dakota,” according to Kevin Kephart, vice president for research and economic development.

The seed from which it grew was Hope wheat, a successful breeding outcome 100 years ago by State graduate Edgar McFadden.

The discovery was no accident. It was the result of early purpose-driven research to address stem rust, a fungus that corrodes the stalk and shrivels production of wheat. It was wiping out as much as 50 percent of a continent’s wheat production during epidemics in the early 1900s.

McFadden experienced that firsthand when he took over operation of the family farm in Webster at age 12 in 1904 after his father was badly injured. Before harvest, the wheat crop was attacked by stem rust. Stalks broke, kernels shriveled and what should have been a 40-bushel-per-acre yield was reduced to only five bushels per acre.

McFadden entered South Dakota School of Agriculture in fall 1911 with an idea: Was it possible to cross an ancient variety of wheat that resisted stem rust with common bread wheat? Scientists of the time said no, the plants were too different. But McFadden, encouraged by his professor, Manley Champlin, did it anyway.

He made the cross in the garden of a Brookings boarding house in 1916. The result was a small handful of poorly developed seeds, only one of which grew when planted the following spring. But that plant yielded more than 100 seeds, which McFadden planted in 1918 at the South Dakota State College research station in Highmore.

Over the next seven years, descendants of that single seed were cultivated, segregated and selected until, in 1925, a variety designated as H49-24 was given the name “Hope wheat” because of its resistance to stem rust and hail damage, and its high yield and protein content. In spring 1926, it was distributed to other experiment stations for use as a parent.

By World War II, some 15 million acres of wheat derived from that initial strain were planted. In 1943, U.S. wheat production totaled 23 million tons, up 3 million tons from 1939. The yields fed not only America and its troops, but millions of others worldwide.

In 1916, Edgar S. McFadden envisioned and accomplished the first major breakthrough in conferring genetic resistance to stem rust in wheat. From a single seed, his work aided our victory in World War II, kindled the Green Revolution, set the stage for the successes of Norman Borlaug, and is still making a critical difference today in food production globally for many millions of people.

Donate to the McFadden Endowment 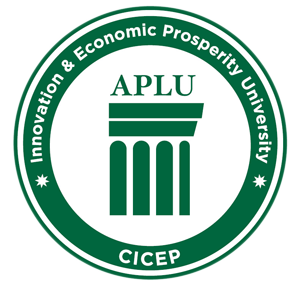