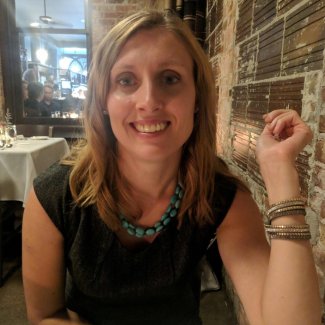 Kelly Vanderwerff is a Research Engineer at Raven Industries in Sioux Falls, SD. Kelly first attended SDSU at age 3 as a student of the Fishback Center for Early Childhood Education and eventually graduated in 2010 with a degree in Electrical Engineering. While at SDSU, Kelly completed internships for the National Science Foundation at the University of Minnesota, and worked in the Satellite Image Processing lab at SDSU.

Kelly began her career at EROS Data Center in Garretson, SD as a Radiometric Calibration Analyst, supporting the testing, post-launch calibration, and operations of the Landsat 8 mission. In 2015, she started a contracting business, where she worked on a variety of projects from software development to circuit design and board layout, and eventually got a contract with the precision agriculture division of Raven Industries to design and implement an automated software testing solution for several of their products. Now an official member of the Raven Team, Kelly is currently leading a data analytics team focused on acquiring, storing, analyzing and harnessing the power of data.

Kelly is married to Russ Van Der Werff (SDSU Alum) who is the Director of Engineering for Raven Aerostar. They live in Sioux Falls with their 3 small children. She enjoys coming back to campus to help with GEMS (Girls, Engineering, Math and Science); Ready, Set, Go events; or really anything that exposes girls to the joys of engineering.